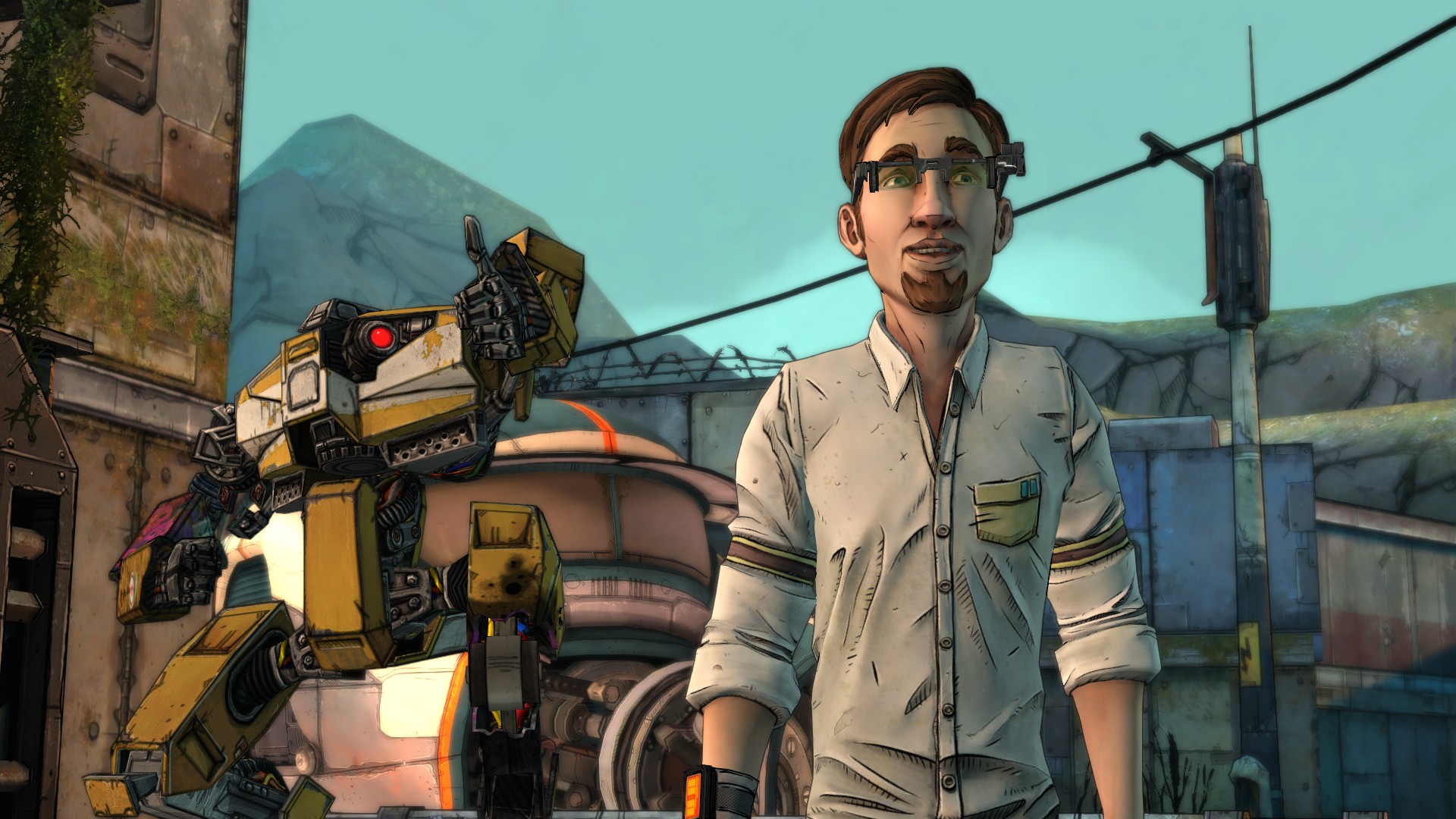 Tales from the Borderlands: Atlas Mugged developed by Telltale Games and published on Xbox 360 and Xbox One by 2k Games. It was released March 18, 2015 for $4.99. A copy was provided by Telltale for review purposes. 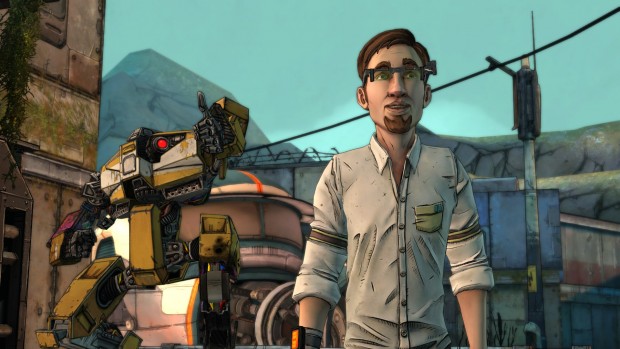 Atlas Mugged happens to be a big milestone for Telltale Games: this is their 100th episode across all series.

The episode picks up right where the first left off, as the gang is now investigating the mysterious Gortys Project. The big change this time around is the return of Handsome Jack, who’s now just a hologram trapped in Rhys’ head. He’s still his obnoxious, self-centered self, but his new technological existence adds another layer to the beloved character. He plays off Rhys extremely well, which lets them both shine rather than one hogging the spotlight. Other familiar faces also show up, being a welcome addition even if their roles are not as pivotal. The cameos by Scooter, Athena and Janey Springs are a lot of fun not only because of their strong personalities, but because their interactions with the main cast are so well done.

Atlas Mugged takes things slower than the first episode, focusing more on developing character rather than story. There’s more personal conversations and reflections on transpired events, giving a better picture of the main characters and their compatriots. The writing’s still incredibly funny; while it may not have as many big laughs, there’s still a massive dose of chuckles. Gameplay also received some much-welcome expansion, with a bit more time dedicated to exploring hubs. Rhys’ Echo-Eye can now hack, which comes in handy over the course of the episode. And Fiona’s single-shot gun now can now deal elemental damage, which should create new opportunities but may be useless down the line to anyone who already used their bullet. The stronger emphasis on character moments and interactivity makes for a more personal view of Pandora than even the first episode offered.

The episode has one major sticking point, though, and that’s the final moments. The story just stops without the episode’s central conflict being resolved, making it feel more like someone accidentally hit pause during the climax instead of the real ending. It was a sour note to end a good episode on, especially because it only really needed one more scene. The only other issue is the opening car chase, which looks epic but is barely interactive. Considering this is the second episode to feature vehicle-based QTEs, it’s really odd that Telltale didn’t try for some actual driving gameplay.

Even though some parts were weak, Atlas Mugged is yet another strong episode for the series.