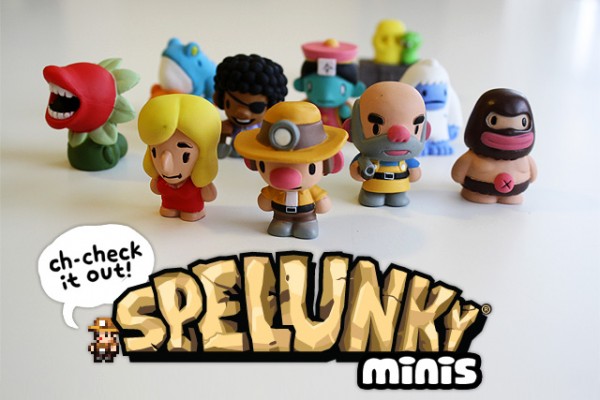 If you’re a gaming fan then chances are you’ve came across figurines of your favourite game characters before. You might even own a few. Now XBLA fans can join in this geeky madness and start collecting, as upcoming XBLA game Spelunky is to get its own range. There are 10 to collect and each comes in a neat presentation box. Mossmouth, aka Derek Yu, revealed:

So… after I had such a good time playing with clay versions of Spelunky, I thought it would be fun to take it a bit further! I enlisted my dad, who’s in China, to help me produce some real toys based on the characters in Spelunky. We started working on this side project a few months ago and now they’re finally finished!

There is still no release date for the XBLA version of the game but you can check out the trailer here. And remember kids if you want one, a Spelunky is for life not just for Christmas.