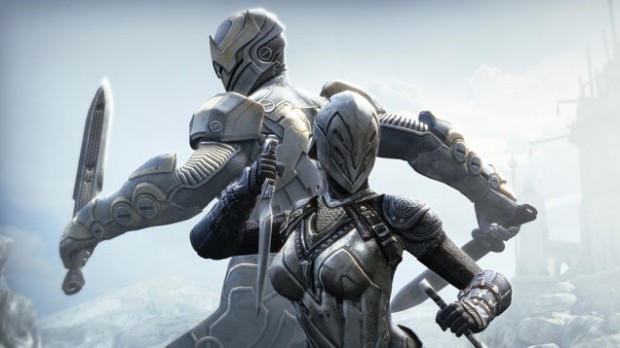 iOS smash-hit Infinity Blade is coming to Xbox One as Infinity Blade Saga, confirms Chinese site A9VG. The console compilation will reportedly include all three games in the series and will be playable with Kinect or a controller. The port is coming from the games division of Tencent, a huge Chinese Internet company that invests in all kinds of businesses (including video games). It is a stakeholder for Epic Games, which owns Infinity Blade developer Chair Entertainment.

The original iOS games use swipe motions and symbols to engage opponents in one-on-one combat. The series makes up some of the highest-rated iOS games on the App Store and have each been flagship showoff pieces for the iPhone’s graphics capabilities. They’re also really fun. See the game playing on Kinect in the video below: