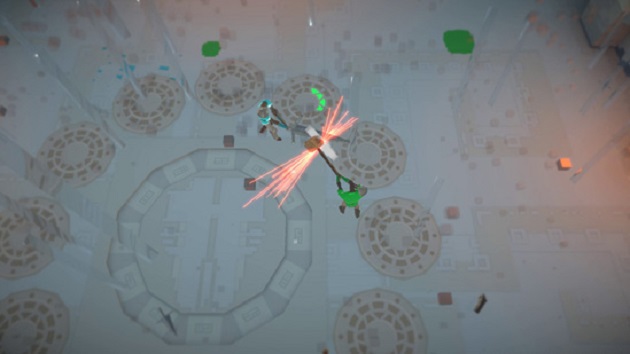 Some games are grand adventures. Others are a thinking man’s puzzlers. Others still are character-driven narratives. And then there are those games that ask you to stab the crap out of other gamers until their avatars are dead, then do it some more when they respawn. Swordy is the latter. 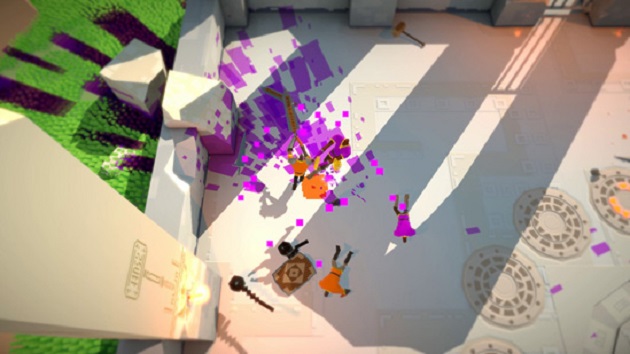 Developed by Frogshark, Swordy is a single-screen brawler. At least, Frogshark’s website describes it as a brawler. It’s probably more accurate to call it a “swinger.” You see, the game’s maps are littered with Medieval melee weapons: swords, ball and chains, axes… bigger swords. Players spawn on the map as unarmed knights and go running for their weapon of choice. Implement of death in hand, they begin to swing.

The most commonly chosen method of using weapons during XBLA Fans’ E3 time with the game is moving the right analog stick in circles to have your character do the same. Swordy is physics-based, so each weapon type has a different weight to it than the others, meaning momentum from swinging builds differently depending on that weight.

But whether you’re quickly whirling around with a dagger or slowly revolving with a hefty hammer, your goal is to turn fast enough and long enough to deal as much damage as possible when the pointy/smashy end of your weapon hits an opponent. It’s not complicated, and a simple, single-screen combat game isn’t a brand new idea. After the first match, it didn’t feel like it was a particularly interesting one either. After playing a few more rounds, though, it’s impossible to deny the whimsical joy of swinging a big ass hammer into somebody before they can swing a big ass sword into you.

Swinging isn’t your only way to attack, either. Alternatively, you can elect to stab away at enemies, but doing so seems to inflict less damage than swinging. Aiming a stab isn’t easier, as simply facing an opponent and hitting the stab button won’t do the trick. You’ll have to aim with the right stick and take into account that Swordy‘s physics means it’ll take you a second to reset and re-aim before striking again. This crucial few seconds can prove time enough for some swinging fool to knock you dead.

Things can get a bit chaotic with four players swinging away, and part of the environment sometimes cuts off your view when you’re fighting down near the bottom of the screen. To help you keep track of the damage being dealt, splotches of color matching each knight’s clothing’s color splatter across the ground every time a successful blow is landed.

Swordy isn’t coming until 2016, so Frogshark has plenty of time to flesh out its spins of death concept. But I’m not sure it needs it. Throw some more maps, weapons and modifiers — weapons can currently be lit on fire for added damage — into the mix, and Swordy should make for good, dumb brawler fun. 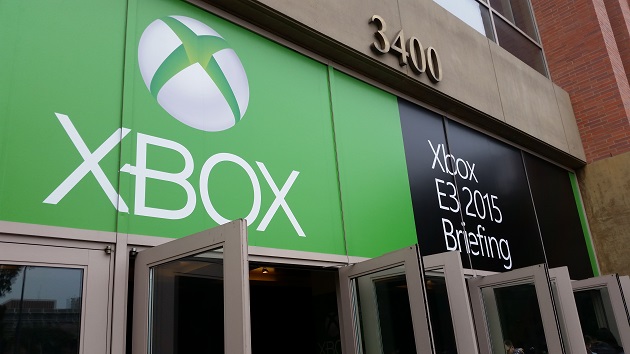 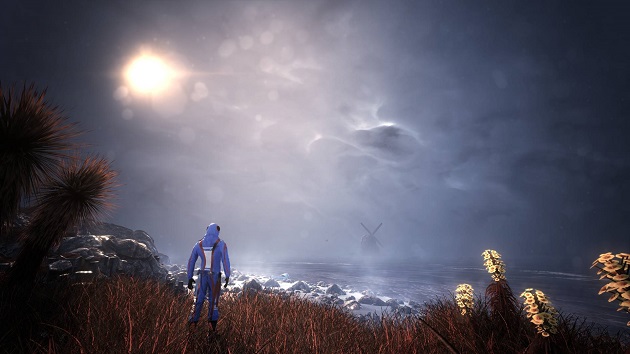