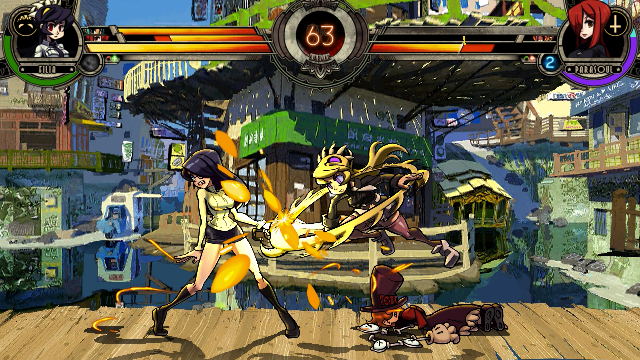 The story of Skullgirls‘ development, release and post-release support just may have more twists to it than its top-heavy characters have curves on their pixelated bodies. It started with two men, each with a skill, a passion and an idea. In 2009, longtime fighting game fan and tournament player Mike “Mike Z” Zaimont began programming a fighting game of his own. Elsewhere, unbeknownst to Zaimont at the time, artist Alex “o_8” Ahad was drawing a new fighting game universe of his own into existence, complete with characters to populate it. Eventually the two were introduced and merged their pet projects together at Reverge Labs into the game that released on XBLA and PSN in April of last year as Skullgirls.

Critics generally gave the game a favorable reception, with its combined XBLA and PSN score averaging 80% on Metacritic. Gamers gave it a fairly warm reception, too. The developer was excited when Skullgirls sold 50,000 copies in its first 10 days on the market. Although the development team informed XBLAFans on Thursday that Skullgirls has failed to turn a profit to date, we were also informed that the game has performed well enough that publisher Autumn Games is interested in green-lighting a sequel if it can successfully dodge the sticks and stones City National Bank has thrown its way.

With a PC version, DLC characters and multiple sequels in the plans, things were looking up for Zaimont, Ahad and the rest of the crew at Reverge. Then everything went quiet. Months went by without a single update on the port, downloadable content or the sequel. It was eventually revealed that the Skullgirls team had been let go by Reverge Labs in June of 2012 after developer and publisher allowed their contract to expire without agreeing upon a new one. More sticks. More stones.

Whether it was the entire team that was let go or some fraction of it has been a matter that was up for some debate. Reverge blogged that it was some of the team, while the displaced developers once said it was “the entire” team. When questioned repeatedly by XBLAFans over the past couple of months, neither of those factions nor Autumn has been willing to go on record to clear the air. The one thing that has been abundantly clear, though, is that the contract expiration effectively brought about a game over screen for future Skullgirls content and its would-be creators.

Most development teams would have been broken by such an occurrence and gone their separate ways, seeking work wherever they could find it. Not this one. Reverge was broken asunder — though the studio is still in place and working on a new project that it wasn’t yet ready to reveal to XBLAFans — that much is true. However, the skeletal frame of the Skullgirls team wasn’t broken at all. It was only a little bent out of shape.

It was around five months after the split when developer Lab Zero Games revealed itself publicly as a reincarnation of the original Skullgirls team, miraculously still working for Autumn Games on the IP it created. Until that point, no one outside of Reverge, Lab Zero and Autumn even knew the Skullgirls team was no longer working for Reverge.

Rarely does a team collectively lose its job only to end up forming a new studio and immediately pick up work where it left off on the IP owned by the original publisher. It’s so rare, in fact, that Lab Zero CEO Peter Bartholow doesn’t believe it has ever happened before, and XBLAFans is inclined to agree with him that it likely has not. But how did it happen for Bartholow, Zaimont, Ahad and the rest of their team? It’s one of many Skullgirls-related questions I’ve been trying to find an answer for since Lab Zero its introductory announcement in late November. Yesterday, Bartholow was kind enough to fill in some of the blanks.

“Lab Zero just…kind of happened,” he told XBLAFans today via email. “The team was going to lunch one day, and [was] frustrated with the situation, and I just kind of blurted out, ‘What if I made a new studio and we all went there?’ Much to my surprise (and horror), people said, ‘Yes, do that,’ so…I was kind of stuck.”

Bartholow’s big mouth had gotten him stuck with a new studio and the new title of CEO, one that he says “doesn’t feel ‘real'” even now, months later. It was real enough for Autumn, however; the publisher wanted the game’s original creators to be the ones to use one last continue at the game over screen that would have inspired less-dedicated developers to put the controller down and walk away. There was work to be done on a gargantuan patch, and Lab Zero was the only choice for the job. 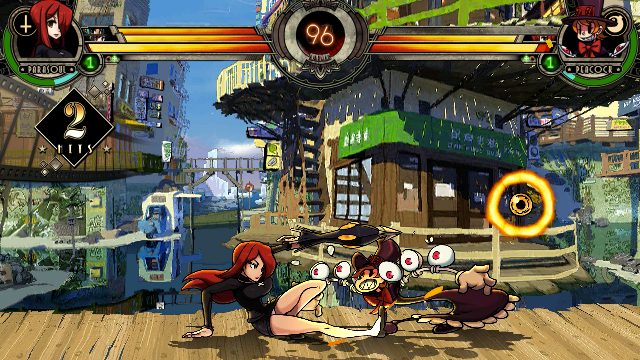 “Autumn wanted to get the patch out and just went where the team went,” continued Bartholow, “so they were supportive of the move. I worked closely with them throughout the project, so it wasn’t a difficult transition.

“Skullgirls would not exist without Mike [Zaimont] and Alex [Ahad], something that Autumn understood from the beginning. Moving forward without them would be pretty much impossible, since only Mike understands a lot of the code and what makes fighting games good, and the game’s style, story and world are all Alex’s.”

What a nice story. The gang was reunited again, and it must have felt so good. Surely it was all easy street from there.

I asked Bartholow if the team felt excited when it regained the ability to keep working on its game. He said that wasn’t quite the case. They were “happy that they [got] to, of course,” he explained. However, “the last six months have been quite the slog [for Lab Zero Games] as we’ve dealt with various financial and legal things involved in the transition. So lots of waiting.”

Waiting idly by would have been bad enough on its own, but the young studio has also had monetary issues to contend with. Lab Zero “doesn’t actually have any money,” according to the CEO. Since Autumn knew it wanted to get the “Slightly Different Edition” patch out right from the get-go it had no qualms whatsoever with working directly with the original team to get it out as soon as possible. Bartholow says that made the transition a breeze, and Slightly Different arrived on the PlayStation Network on November 20. The patch still hasn’t arrived on XBLA due to it once weighing in at the astoundingly chunky size of 590 MB, and Microsoft’s limit for XBLA updates supposedly being just a tad skinnier at 4 MB.

The two sides have since worked together to get the update down to a considerably smaller size. Bartholow won’t comment on specifics on account of the patch being “still in flux,” but he’s hopeful that the patch will now be put on the fast track to release.

So who exactly has been working on it? Lab Zero, obviously. Right, of course. Wait — who the hell is that? Remember that Bartholow, Reverge and Autumn elected not to go into specifics when it came to the names of the transplanted developers. That meant we were still left without an answer to the most pertinent question of this story, despite investigating it no less than three times. That’s when we realized we’d been going about it backwards. I should have eschewed going straight to the proverbial well and instead taken a look at the fountain, and so I did this time. I turned on my PlayStation 3, purchased Skullgirls and downloaded the patch. Upon navigating to the game’s credits, what felt like a very personalized message appeared on the screen: “See the names of the wonderful people who made this game. JUST FOR YOU!”

Not only are all the names there, but the developers have even been so kind as to break them up between Lab Zero and Reverge Labs. It was more than slightly stupid of me to not surrender $15 and check the Slightly Different credits earlier. Regardless, XBLAFans can now say with confidence that the entire team that created Skullgirls is not working at Lab Zero hammering away at the patch. However, the vast majority of the original full-timers — Reverge relied on scores of outside contractors to help get some of the grunt work done during development, accounting for how CEO Richard Wyckoff could accurately say that more than a hundred people worked on the original release — are over at the new lab. This is Lab Zero Games:

Each of these names also appears in section of the credits dedicated to Reverge Labs. Their titles are different, but the names have not been changed to protect the innocent. There are also in-house managers, programmers and interns under the Reverge name, so saying that “the entire team” is diligently working on the XBLA patch over at Lab Zero isn’t entirely the truth — for more reasons than one.

Yes, the “talent,” as it were, all seems to have followed Bartholow to his new studio. But they’re not all working. “Autumn is paying for patch work,” explained Bartholow, “but that’s only enough to cover the people actively working on the code and bug fixes, which means that the artists aren’t working. We’re hoping we’ll be able to sign another project or more Skullgirls work soon to get everyone back on the payroll, though.”

The individuals who have been working on Slightly Different are Bartholow, Zaimont, an unnamed artist (presumably Suh) who worked some new colors in, an outside UI contractor and a “designer/scripter.” They reportedly had the patch “almost complete” at the time of the Evo 2012 convention way back in early July of last year. Unfortunately for Lab Zero and Skullgirls fans, transitioning from Reverge to a studio that had not even existed until shortly after the split from Reverge made it impossible to begin testing and finalizing until late September. 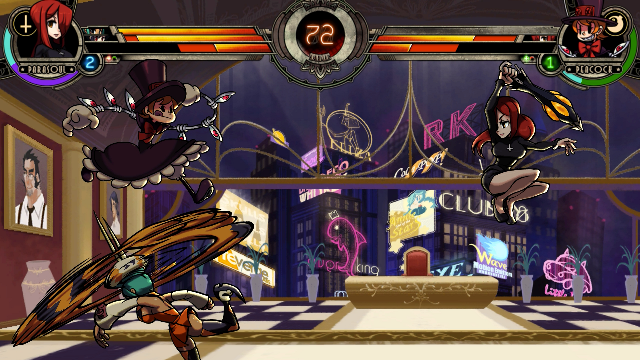 Bartholow and company were able to cram even more additions into the patch than had been initially planned during the intervening months, but he still regrets not being able to release it sooner on PSN or, in the case of XBLA, at all to date. It was this studio upheaval that Bartholow says he was referring to earlier this week when he tweeted about “drama” holding everything up.

Meanwhile, the planned DLC and PC port have yet to surface. Fighting game fans need not worry about the latter, at least. Bartholow says that “right now our priority is getting the PC version out, and hoping that increases the install base and provides the financial justification to release more characters.”

So that means more characters could still be coming? Maybe. Maybe not. “We all really want to make DLC characters, but it’s expensive and time-consuming. The first mysterious character was about 1/3rd complete when we were laid off. But between the attach rate for DLC and the loss of momentum caused by the drama, recouping the development costs or profiting seem difficult.”

Bones that were bent and twisted haven’t healed overnight. It’s taken many months of hard work and financial hardship. But Lab Zero’s spirit never broke. As the push to get Slightly Different out on XBLA continues, the team is also “focused on signing another project.” The future of Lab Zero is hazy at best. They don’t know if they’ll be working on a Skullgirls sequel, a PC port, DLC, a completely different game or nothing at all. But wherever the future takes them, they’ll go there together.

As for me, I’m stepping away from the keyboard for a bit before my fingers break. If anyone asks, tell them I’ve gone skull-crackin’. 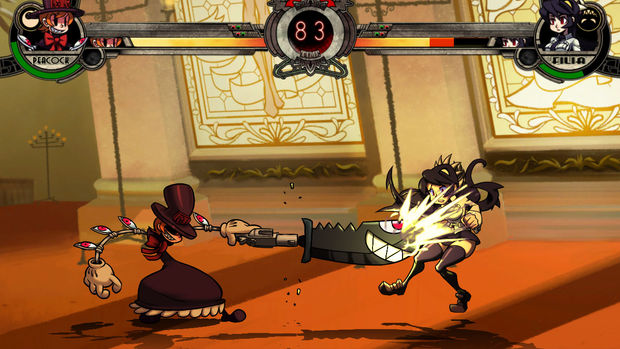 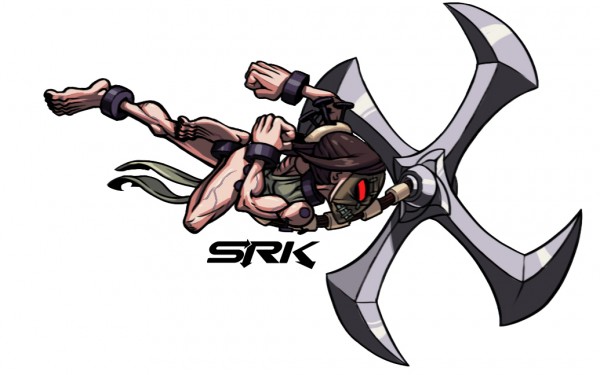