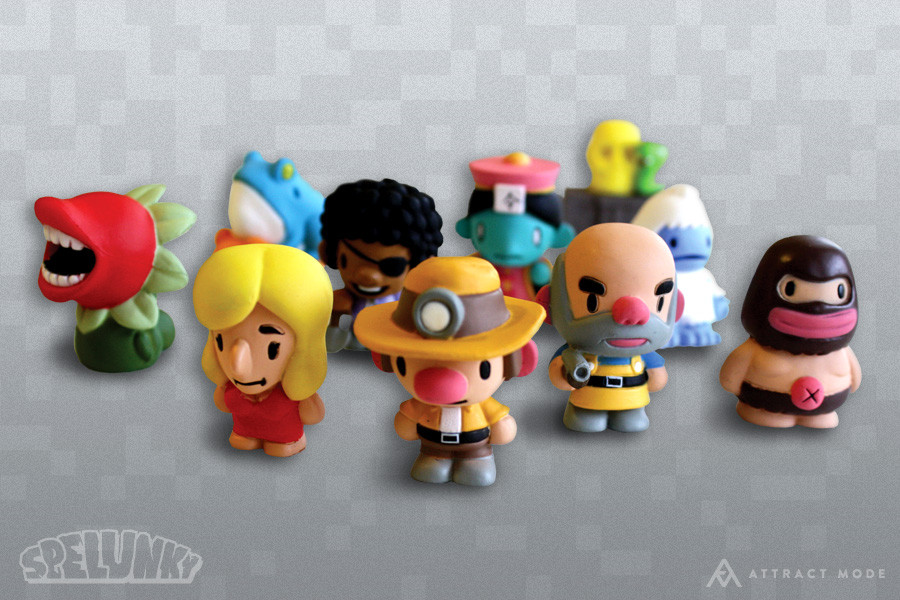 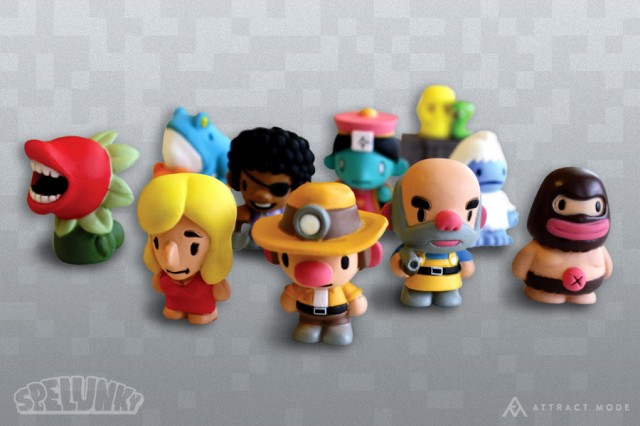 The staff has been pretty divisive on Spelunky. If you’ve listen to the podcast, we’re all huge fans of the game and the game has some super charming characters and music. Do you want to own a little shopkeeper or set of frogs on your desk? Of course you do. Attract Mode is a collective of video game journalists and artists putting out some pretty unique and creative stuff. Derek Yu, creator of Spelunky is part of the collective and the long awaited Spelunky Minis figurines are now available! You can pay $5 for a random one or $40 for the entire set. Having the golden idol will not cause a gigantic rock to plow through your place and doesn’t the Tunnel Man bare a resemblance to our Guide Co-ordinator?

Also in Spelunky news, the fantastic soundtrack is now on Bandcamp done by composer Eirik Suhrke. You pay only $7 and get up to 62 tracks. 15 of the tracks aren’t found on the soundtrack and range from prototypes to alternate versions of previous songs. So why not get your jam on with the jungle or the cool sax of the ice caves? Spelunky the game is available for 1200 MSP in case you haven’t checked it out.