Sonic the Hedgehog 4: Episode II was developed by Sonic Team and published by Sega. It was released May 16, 2012 for 1200 MSP. A copy was provided for review purposes.

Sonic has had a bit of a hit and miss record lately. Sonic the Hedgehog 4: Episode I wasn’t quite as beloved as Sega hoped, yet Sonic Generations brought back that classic Sonic feeling. Episode II promises fixed physics, the addition of Tails and more Metal Sonic, all promising the potential for a return-to-form. Now it’s finally upon us, Episode II fixes some of the problems of its predecessor but not without introducing some new slogging problems along the way. 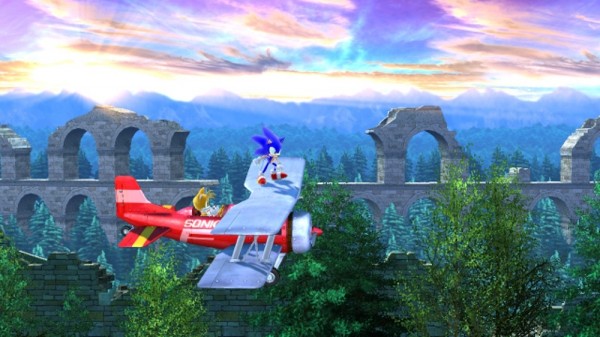 Sonic feels a bit tighter – Episode I made you feel like a loose goose sometimes with the physics. You’d slip around after gaining momentum and it would ruin your whole flow. Things aren’t as slippery this time around and Sonic is much more firmly in place with his running. It makes quick platforming a little bit easier to prepare for and when you stop, you actually stop instead of gradually slowing.

The special stages – Some people are hate it or love it fans when it comes to the original special stages. Episode II brings back the stages from Sonic 2 where you run on a pseudo-3D track with Tails, collecting rings. But you have to collect a specific number in order to proceed. It’s not as grating as rotating in a ball while waiting to hit something and much more direct than special stages in newer Sonic games.

Graphics and art – Even if you didn’t like Episode I, the graphics and animations were pretty nice in 2.5D. Same goes for Episode II, with Sylvania Castle Zone having some great lighting effects and Arctic Ridge Zone’s gradual snow-falling adding to the design. It’s nice to see a great attention to detail throughout. 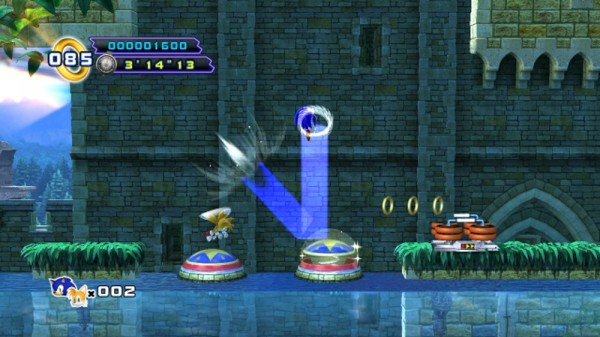 Tails as a momentum breaker – Constantly, when you’re running and jumping, you’ll be stopped to either jump and press X or just press X. Why? Tails. You’re forced to do Tails team-up moves that almost always change and break the momentum. You’ll either have to fly somewhere, with bad flying controls, or roll somewhere. Make sure you’re in the right direction for the tag-team roll or you’ll roll in a completely other direction. Sometimes, it’s best just to let Sonic di his running thing.

EVERYTHING ELSE as a momentum breaker – Every 30 seconds or so in this game is designed to have some character hurt you. The enemies are brutally unfair, to the point where seeing the enemy on screen for a second causes them to attack in that same second. They give you no draw time in order to defend yourself or run away. It’s almost as if the designers want you to memorize everything in order to have a perfect run through. That proves to be even more annoying and frustrating than it sounds.

Level design – If all the momentum breaks weren’t clue enough, the level design isn’t that great. While they look fantastic, playing through them can cause so much stress and frustration. Where levels like Hill Top Zone from Sonic 2 award you with a sense of speed and enjoyable platforming, this punishes by putting all obstacles in front and making it more trial & error.

Price – Nobody liked 1200 MSP for Episode I (which is now reduced to 800) and it still doesn’t work in Episode II’s favor. Granted, you do get a free episode if you bought both, entitled Episode Metal and featuring (surprise) Metal Sonic, but is it worth it? Only if you’re the most hardcore of Sonic fan. If that’s the case you probably own both games. But if you’re a newcomer or want a new Sonic experience, you can find better-priced Sonic games for cheaper. 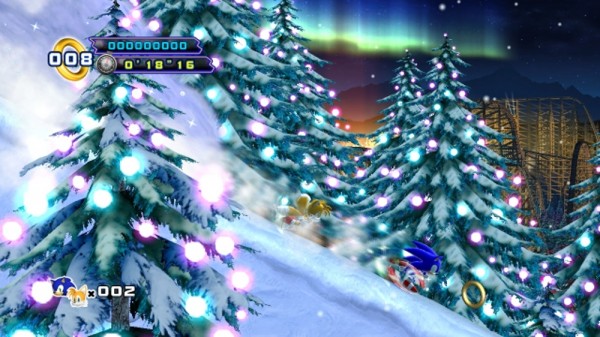 As a Sonic fan, it hurts when you can’t recommend a game you want to like. For Episode II, it’s a real bummer to see the game try to fix elements only to create more problems along the way. It does have its fair share of greatness but it’s littered with momentum-breaking moments and poor level design. At 1200 MSP, it’s really hard to recommend when you could get Sonic 2, 3 and CD for the same price. If you’re a hardcore Sonic fan, you’ve probably already made up your mind but for everyone else, best to leave this hedgehog be.