Anyone that knows me can tell you that I am not a fan of stealth games. I am more of a run in and shoot kind of person, with no patience for waiting around for the action to happen. But for possibly the first time ever, a stealth game has done the impossible and actually compelled me to want to play it. Serial Cleaner is a 2D story-driven stealth & action game set in the ’70s where you play as the man hired to clean up after crime scenes. Of course, this kind of business is frowned upon; therefore, you must be stealthy about it to avoid getting caught by the police who are working the scene. 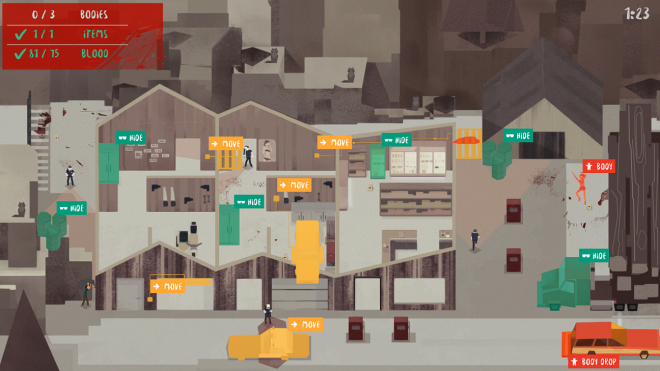 One of the reasons that I think I can get into Serial Cleaner is that many of its crime scenes are based on those left behind by real life serial killers. In the demo I played at PAX East, I got to play a level based on the Zodiac killer’s famous lakeside murder of a young couple. I am a big fan of all things true crime (yes, I have even read Helter Skelter), so this throwback to famous serial killers of the ’70s was definitely something I could get into.

If you are not a fan of true crime, don’t let this deter you. The game is not overly morbid in any way, in fact, it has a more humorous take on the subject matter that the developers say was inspired by movies such as Pulp Fiction and Fargo. Other than the obvious new take on a stealth game plot line, Serial Cleaner plays pretty similarly to most other 2D stealth games on the market. You have to hide behind cars, trees, buildings and more to avoid the cops. They have flashlights that cast a red beam, and as long as you are outside of that beam, they cannot see you. If you do get caught, there are safe zones (houses, cars and trailers) you can hide in temporarily until the cops head the other way.

Your goal when they aren’t looking is to clean up the blood, as well as remove all the bodies which you load into the back of your sweet ’70s station wagon. You also get bonus points for picking up other evidence that was left behind, such as the murder weapon.

To clean up the blood, you use a vacuum – yes you read that right, a vacuum. A mop would clearly make more sense, but hey the vacuum looks cool, and the mechanic of sucking up the blood is a lot more fun. To clear each level you don’t have to vacuum up all the blood, just a percentage, so don’t worry about getting every last drop. 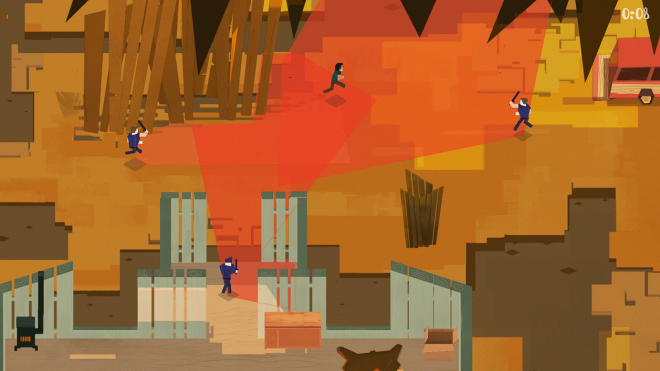 Another cool thing to note about Serial Cleaner is that it uses the Xbox’s time data to modify the levels. Therefore, if you are playing during the day, it will be light outside, and if you are playing at night, then it will be darker. I only got to try the game out during the day, so I cannot speak for whether or not I felt the night gave more of an advantage or not, but the developers claim that your footsteps will be easier heard depending on the time of the day.

Serial Cleaner is a single-player game, that will be releasing on the Xbox One sometime this summer. 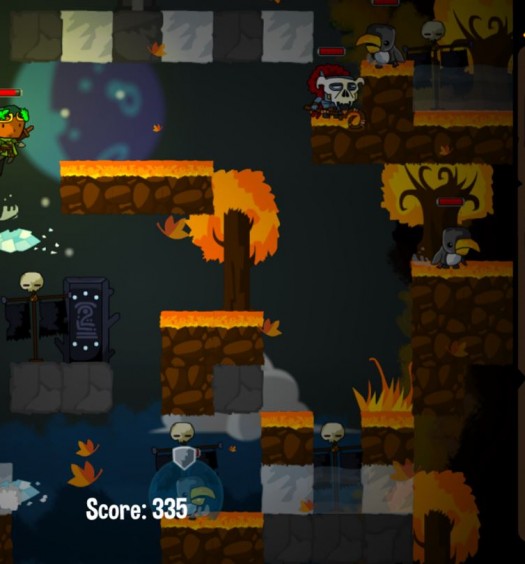