To be honest, I was not a big Dance Dance Revolution player. I tried it out a couple of times at the arcade, but could never keep up with those kids that could do it backward and with their eyes closed. Rock Band, on the other hand, was my jam. So when I saw Akupara Games’ The Metronomicon: Slay the Dance Floor, I was immediately attracted to it. That is because Metronomicon combines the classic rhythmic game note hitting with the character building and skilled fighting of an RPG – another genre that I love.

In Metronomicon, you play as four characters at a time. Each of these characters specializes in something different (attack, healing, defense, etc.). Music will play in the background, and if you hit each note, the character you currently have selected will perform whatever move corresponds to the color of the arrows.

Of course like in any RPG, your enemies all have specific weaknesses. So depending on the enemy’s vulnerability, you may want to use one of your four characters skills more often than another. However, to maximize the number of hits on the enemy, you should be switching between characters after each hit so that you can build up another move while your current character delivers their blow.

There are eight playable characters in Metronomicon, with a ninth character coming with the Xbox release. Just like in any other RPG, you will build your character as you go along, unlocking new abilities and equipment.

As for the music – this is obviously not a Harmonix game with a multi-million dollar budget, so you will not be getting any Bruno Mars or Beyonce tracks. However, it does use a collection of dance club type music that is actually very catchy. The song in the trailer was one of the levels I played during my demo and listening to it now I instantly recognize it and find my head bopping along to it. There are also plans to release DLC packs that will contain three songs a piece.

Metronomicon will be playable via a regular Xbox controller, a Rock Band guitar or drum kit or a dance pad. If you are a die-hard Metronomicon fan, you can buy one of their custom dance pads for around $300. Or, studio lead and developer Danny Garfield also said that any other dance pad peripheral that you can buy online or from a retail gaming store should work too.

The final game when it comes to console will feature multiple modes including story, freeplay, arena (complete challenges like surviving without ever healing), and more. All these modes will be available in local multiplayer as well. The campaign includes about eight hours of gameplay, but obviously, with the freeplay and arena modes, this game has a lot of replay value.

Metronomicon is shooting for a fall release date. We will keep you posted with any updates and reviews.

The Metronomicon is a new twist on a familiar genre 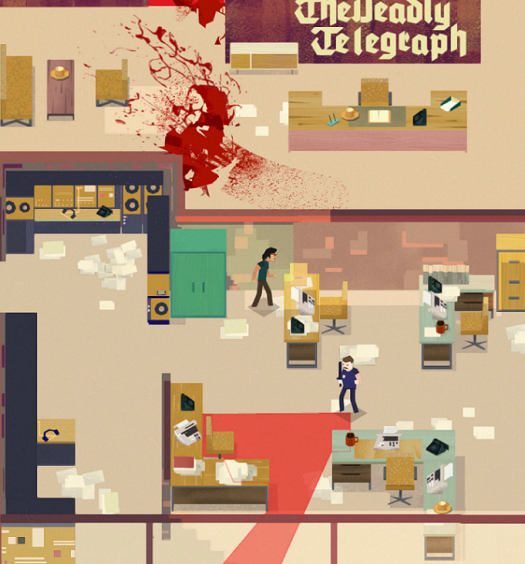