In 2008, Deep Silver announced Ride to Hell with a trailer showing off grungy bikers and catchy music, but the game quickly rode off into the sunset. Over four years later, the Ride to Hell universe returns with not one, but three new games. One of those games is the download only Ride to Hell: Route 666 by developer Black Forest Games.

Announced for XBLA and PSN, Route 666 puts players at the head of a gang of bikers looking to conquer Route 66, the Main Street of America. Deep Silver describes the title’s gameplay as “fast paced arcade combat combined with easy to understand tactics–anyone who understands team sports will be able to dive right in to commanding their gang.” No price has been announced as of yet, but expect Route 666 to hit the blacktop this June alongside Ride to Hell: Retribution–a retail Xbox 360 and Playstation title. A mobile game titled Ride to Hell: Beatdown was also announced. 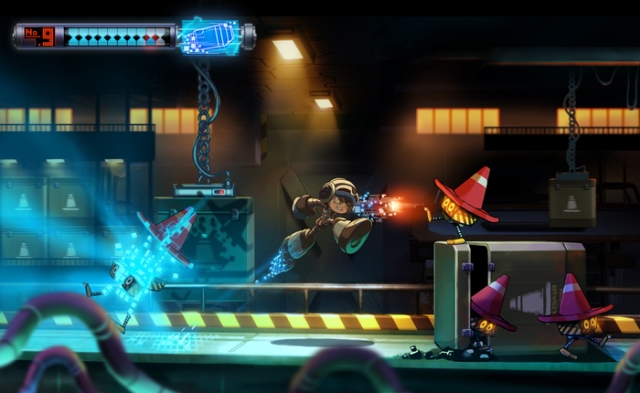 Read More
Mighty No. 9 gets a February release date for Xbox One
Top