I’ve not yet experienced the joy of being a parent, but I can certainly empathize with one of life’s most frightening moments being losing track of a child. It’s this horrific premise that forms the basis of Funcom’s narrative adventure game The Park. The story follows Lorraine and her son Callum as they are leaving Atlantic Island Park. Typically, Callum has left his teddy bear somewhere inside and instead of waiting for mum, runs back in to try and find it just as the park is closing for the day. It’s here we take over as Lorraine in search of the missing child and are left to explore the dilapidated amusement park as darkness falls.

The Park can be described as a narrative-focused psychological horror experience, or, in layman’s terms, one of those walking simulator games. There are no puzzles to solve and no combat or platforming present. Instead, you’ll call out for Callum and listen for where his voice is coming from, almost like a game of Marco Polo. Calling out also reveals some visual clues as to where there may be an item of interest for Lorraine to pick up. It’s also worth noting that The Park is set in the same universe as Funcom’s PC only MMO, The Secret World, which I’ve never played, so any references that may be present went unnoticed. It certainly didn’t spoil my enjoyment, though, and I didn’t feel I’d missed out on any background knowledge. 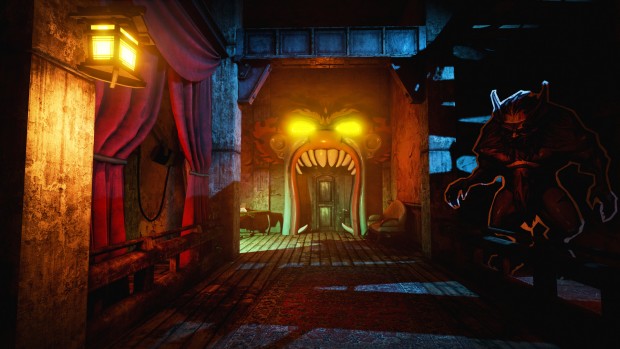 Spooky setting — If the horror of having your only child run off without you wasn’t bad enough, he had to run into one of the creepiest-looking amusement parks. As it’s getting dark. With no one else around. For a horror game, Funcom certainly got the setting right. As I hoped, you can actually try out all of the rides, though you may want to keep your eyes forward at all times! The game relies more on psychological horror than gore, but there are a few jump scares (which got me every time) and some sinister-looking scenes that your mind is sure to replay those nights when you can’t sleep and think you can hear someone in the hallway.

Intriguing story — Given that The Park is all about the story, I’ll try to keep this as spoiler-free as possible. As Lorraine sets off back into the amusement park in search for her son Callum, it’s not long before you come to see that this is no ordinary theme park. There are reports of accidents and deaths littered throughout, and each ride looks as though it may collapse at any moment. There are hints at the supernatural, and as Lorraine becomes more and more distressed, we begin to question that all may not be as it seems.

Great voice acting — The story is told almost entirely through main protagonist Lorraine. There is a decent amount of backstory and additional snippets to be found by reading various newspaper articles, letters and incident reports; but it’s Lorraine at the helm who keeps the story moving. As she searches for her son, Lorraine recalls various moments in her life, some happy and some filled with deep melancholy. As the story progresses, Lorraine’s mind goes to ever-darker places, and actress Fryda Wolff pulls off the challenge with aplomb. The sudden changes in the tone of Lorraine’s voice really added to the disturbing and nightmarish nature of the story, and you’ll soon start to question Lorraine’s mental state. Dated graphics — Perhaps I’ve been spoiled with the recent standard set by AAA games, but I felt The Park was a little graphically disappointing. It’s mostly played in first-person, but the odd cut-scene shown here and there instantly me reminded of PlayStation 2-era Silent Hill. The Park, of course, is a budget indie game, and s it wouldn’t be fair to for me to expect to be blown away by its graphics, but for a game that is all about visual storytelling, I expected something more…2016.

Come closer — The Park was originally launched on PC, and the genre suits a console environment well. However, the developers seem to have forgotten that the majority of people playing on a console and TV — as opposed to a PC and monitor — are not sitting within a foot of their screens. This meant that despite being blessed with 20-20 vision, I was unable to read any of the notes and letters without standing up and walking over to the TV to stare at the screen. This totally ruined any immersive experience I was enjoying, and I hope that some kind of zoom can be patched in at a later date.

Can I have some more? — The Park should only take you around one or two hours to complete, and Funcom is not shy about sharing that fact. It’s being dubbed as an “experience” rather than a traditional game, so should we really expect more? For argument’s sake, at $12.99 it’s roughly the price of a cinema ticket, but I still feel slightly short-changed. I would have liked to have seen certain areas of the story expanded upon through more interactive gameplay rather than just reading a note on the screen. 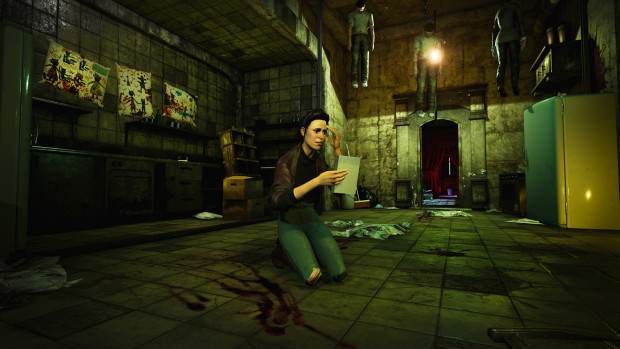 Despite being fairly short, The Park is enjoyable. It was an entertaining story that stuck with me and left me wanting to research its themes further, I can see myself going back for a second playthrough to see if I missed any clues or notes. Of course, this type of game, if it can be called that, is not for everyone. The Park was my first entry to the genre, so I went in with an open mind, but as I gamer I do prefer my games to have less reading and more doing.

The Park was developed and published by Funcom on Xbox One. It was released May 3, 2016 for $12.99. A copy was provided by Funcom for review purposes. Click here for information on XBLA Fans’ new scoring system.

The Park Funcom The Secret World