Outlast was developed and published by Red Barrels. It was released June 18, 2014 on Xbox One for $19.99/£16.99 and includes The Whistleblower DLC. A copy was provided for review purposes. 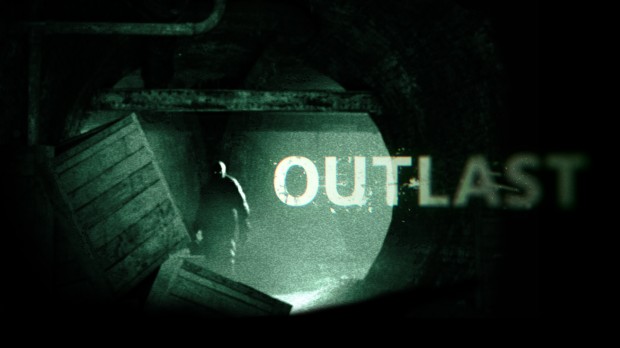 Throughout the history of video games, there have always been developers who set out to scare, shock, terrify and otherwise freak out an audience of gamers that is increasingly more resilient to zombies, vampires, blood, gore and all of the usual tactics. Red Barrels is one such developer, and with the excellent Outlast, they have succeeded in creating a game which is not only genuinely frightening, but which also benefits from an interesting story, and a level of engagement which really enhances the overall experience.

Set in the Mount Massive Mental Asylum, Outlast locks the player into a 5 to 6 hour long campaign which maintains a generally high level of intensity, with downtime offered only occasionally (and fleetingly) as main character Miles Upshur desperately navigates his way towards an ever more elusive escape. 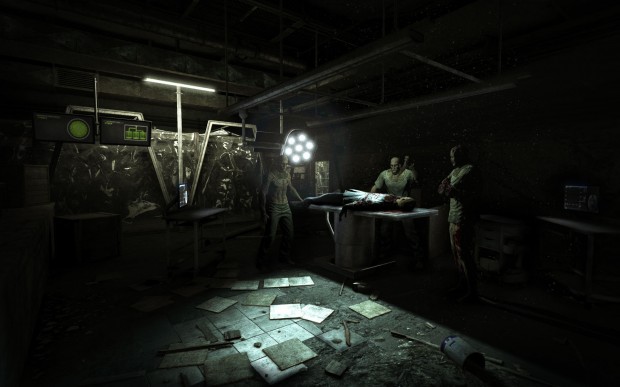 A change of trousers – So, you don’t think a videogame can be scary? Think again! As far as terrifying experiences go, Outlast is right up there with the very best horror movies, and we would challenge even those with the sturdiest of constitutions to play through this game without feeling at least a few twinges of fear. Outlast literally uses everything (including the kitchen sink) to maintain a heightened state of tension throughout – in fact, the game is played from a first person perspective, in the style of a ‘found footage’ movie, and the player is armed only with a handheld video camera (with night vision mode). That’s right folks, although you’ll meet some of the most twisted bad guys we’ve ever seen in a game before, you’ll have absolutely no option to go on the offensive. The result is a game which is dark and brooding, with an oppressive atmosphere that never leaves the player feeling entirely comfortable. The game is full of systems which enhance this – Upshur’s hands appear on corners to signify that leaning out with one of the triggers is an option, whilst the same buttons can also be used during sprinting to glance behind you (something which is more disorientating than it is useful, but it’s also irresistible on occasion).

Cinematic appeal – Unlike a lot of supposedly scary games, Outlast has been put together by a team that clearly understands how to control and harmonize the pace, plot and systems required to create a unique and terrifying experience. Outlast may be dark and foreboding, but the plot and desire to escape will keep players moving forwards. Even though Upshur has no weapons, the game is forgiving enough to be playable, but never so easy that fear becomes irrelevant. The graphics, lighting, sound and control inputs all work just as they should to enhance the experience in a way which ensures that Outlast competes with benchmark scarefests like Amnesia without any trouble.

The Whistleblower –  Outlast features a story about Miles Upshur, a journalist responding to an anonymous tip which suggests that questionable practices are taking place at Mount Massive Mental Asylum. The Whistleblower is a bundled DLC pack which is centered around the man who provides Upshur with the tip off, and acts as a prequel to the main campaign. At around the same length (5-6 hours), The Whistleblower is a worthwhile experience in its own right, but it also serves to fill out the fantastic plot of the original game, including more than just a few nods as the two stories intersect. Oh, and by the way – The Whistleblower really turns the horror up to eleven! 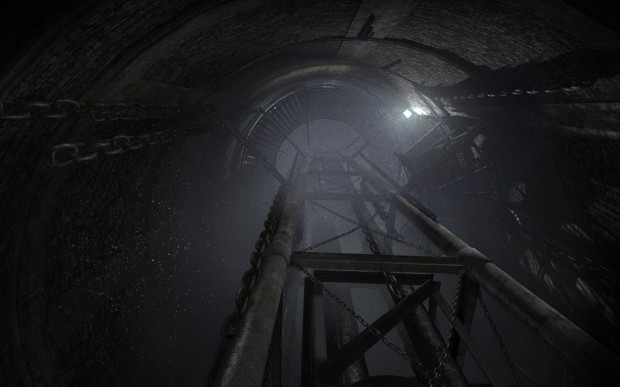 Occasionally predictable – Considering that there are no weapons or combat in Outlast, the game does a good job of keeping things interesting for the most part. However, because some of the sneaking experiences that the player will encounter are repeated in different areas, you may find that you fall into a pattern which involves just outrunning enemies, hiding, resetting their search patterns and then trying again until you succeed. This was something which we found detracted only slightly from the game, because the thrill of the chase (A.K.A running for your life) is still real, even if the game lets you effectively reset that section over and over again.

Replayability – Outlast is a really intense, extremely enjoyable (if you like being scared) experience which tells a great story and has more than just a few memorable sections throughout. However, like even the best horror movies, once you’ve played it through, you may find your desire to relive the experience much more limited.

Adult content – This is not so much something we don’t like, but more of a note of caution. Outlast features a ton of very realistic gore, blood, nudity and scenes of dismemberment, cannibalism and worse. It is really, really, not a game for the fainthearted – you have been warned! 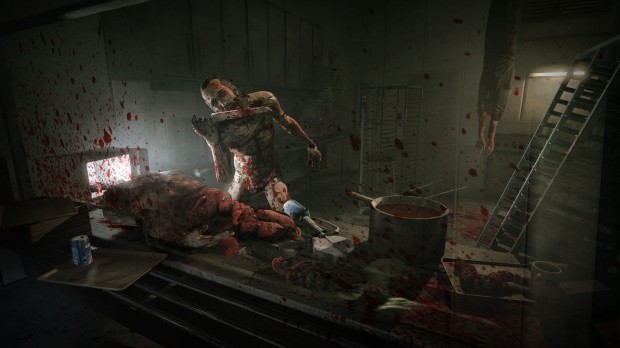 If you are a fan of horror games or movies, then Outlast is one of the best. It is certainly the most terrifying game available on the Xbox One right now and in addition, it’s also a really tight, well made and enjoyable game with an engaging plot. Even though it’s an indie title, it benefits from high production values and has excellent graphics and sound – reminiscent of a higher definition Condemned. Those who hate scary experiences, or younger games, should certainly steer clear however – so buyer beware in that respect.