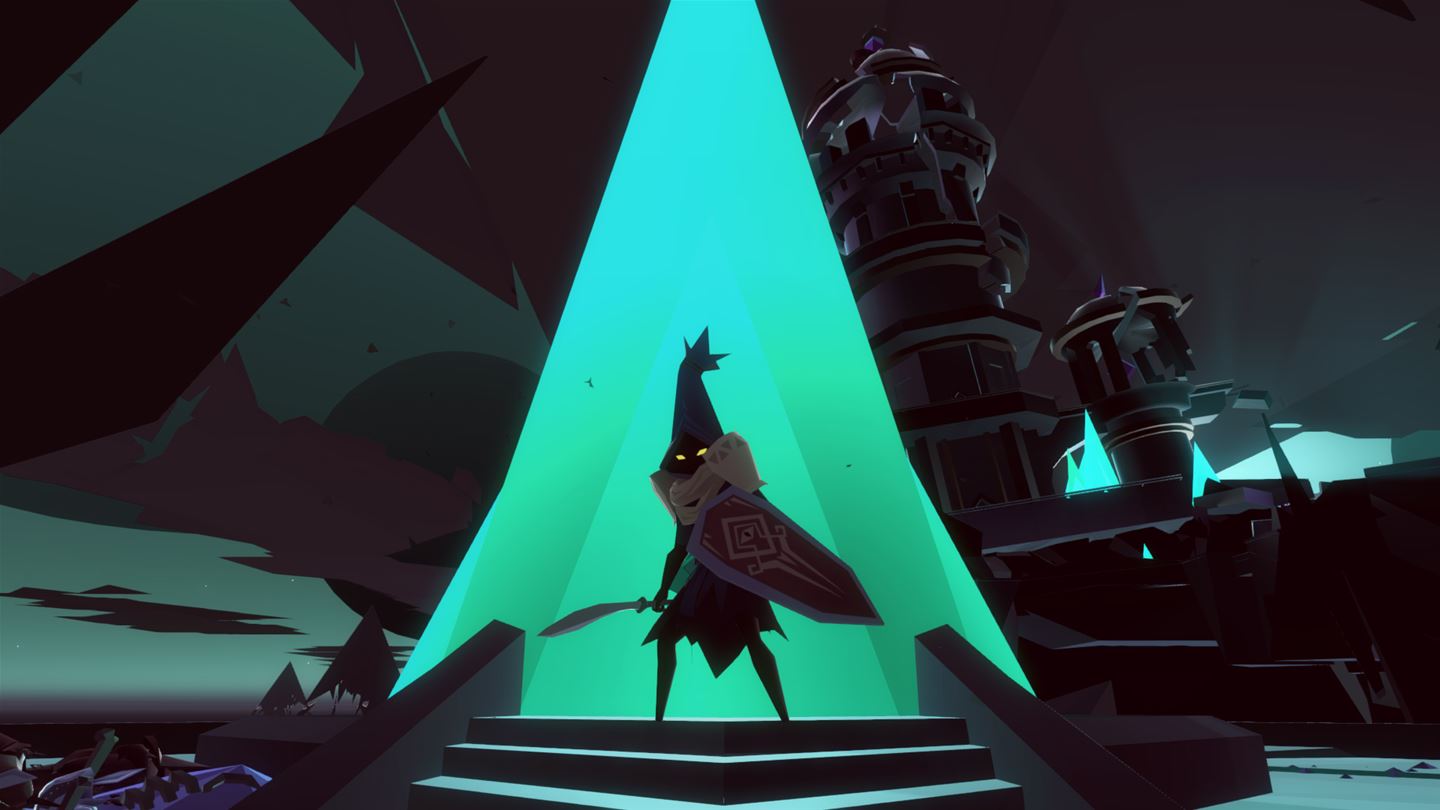 Just like the Dark Souls games, I tried very hard to hate Necropolis. What’s the point of playing a game that feels like a punishment? The first time I played it, I died after about 10 seconds. But I tried again for the sake of thoroughness, and the next time I knew the weight of my characters movements, as well as the attack of the enemy, and so I succeeded. Soon I was more powerful, so the enemies fell easier, and before I knew it, I had played 16 hours. Such is life.

The link between the Dark Souls games and Necropolis is important. It doesn’t matter that both games are published by Bandai Namco or that there are a lot of similarities between the two, the important thing is what makes them different. Dark Souls has always been about cautious, creeping progress towards the next safe area, often achieved through memorising enemy locations and patterns. Necropolis is similar in that each floor has a safe area that must be reached, but it’s also a roguelike. This means randomly generated levels, enemy locations and collectibles, and when you die, it’s game over. These differences seem subtle, but the skill set required to succeed is quite different, and the gameplay is equally compelling. 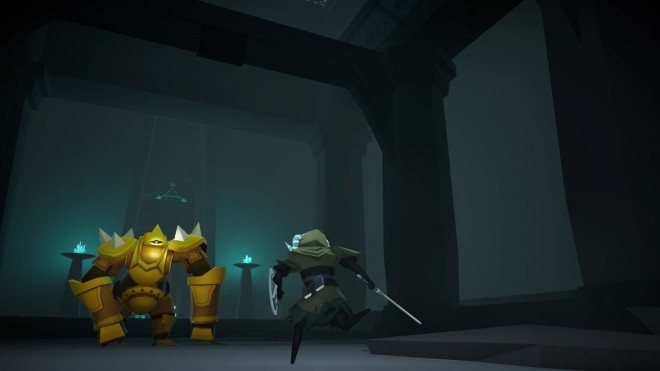 Deep and meaningful – Necropolis has a very deep combat system that will take hours and hours to become completely proficient in, and probably weeks to master. Enemies are plentiful, varied and aggressive, attacking without mercy from the very outset. Thankfully, the player has a huge variety of weapons, attack styles and items to combat them with, as well as the ability to purchase persistent upgrades after each failed attempt. Assuming you have the skill and longevity to stick with it, Necropolis does reward you, but it is far from a walk in the park.

Rich rewards – And indeed, the rewards feel well deserved. From powerful items gained when a unique enemy is slain, to the codex’s purchased following a particularly good run, everything earned in Necropolis feels like a meaningful step towards the end game. It has the right balance between the average, persistent-progression roguelike and the slow, inevitability of the Dark Souls games.

Better with friends – For many people, the saving grace of Necropolis will be the multiplayer mode, which allows for two to four player cooperative play. Trust me, Necropolis is more than twice as much fun with at least one friend. It’s not like it’s rubbish on your own, but it is just so much better when you at least have the option to use baiting tactics, to revive fallen comrades and to focus on different approaches to get a tactical advantage. Drop-in play isn’t bad either due to the dedicated nature of the player base, and I’ve made a couple of decent online pals through sharing some tough experiences in Necropolis. 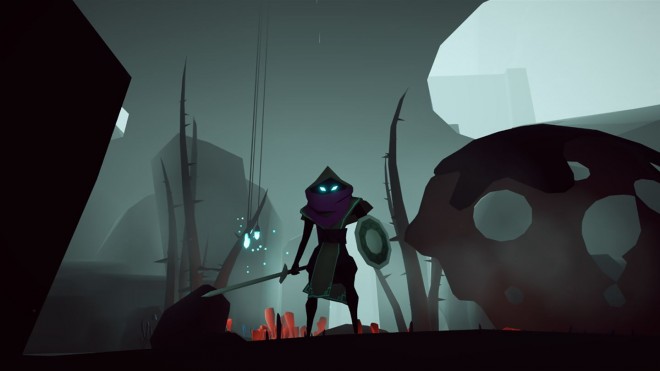 Ugly – Some people will definitely disagree with me, but I don’t enjoy the look of Necropolis much at all. I fully understand that procedural generation can restrict graphical flair, and there is a kind of cool, minimalist look to the game, but it simply isn’t my cup of tea. Over the long term, the lack of visual variety begins to take its toll, and although I’ve read that the console version includes an outdoor location, I didn’t actually get to see it. On the plus side, the basic graphics do ensure that the game remains generally solid, and it’s easy to see where enemies are, what they are doing, where projectiles are coming from and so on, which is important in a game that is this tough.

Uncompromising – Combining the toughness of both a traditional roguelike and an ultra hard RPG like Dark Souls is basically a recipe for disaster for some players. It is genuinely possible that players might pick up Necropolis and feel angry and cheated by it in less than five minutes of playing. For those who do invest some time, (and this includes me) you may still lack the skill to make effective progress through the game, which is also extremely frustrating.

Love it or hate it – On the basis that it is incredibly demanding, ultra hard, unique looking (for better or worse) and incredibly niche, Necropolis is a game that I would suggest you either love or hate. It demands a lot, and it can be rewarding as a result, but it can also be frustrating and demoralising. Players need to understand that, embrace it and use it to drive them forwards, and if that doesn’t sound like the kind of game you want to play, then you should look elsewhere. 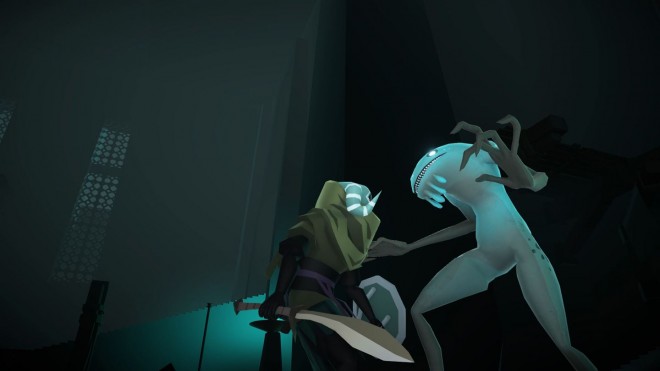 Necropolis is an alternative to the average roguelike, with excellent multiplayer features, lots and lots of depth and a ton of content to wade through for those with the right skills. Unfortunately, it’s likely to be too hard for many folks to see through to the end, and as a result, I think it will remain a much-loved niche title rather than a mainstream powerhouse. For that reason, I’m going to award it a Reader’s Choice award, but I certainly recommend it to experienced and hardcore gamers, or those up for a challenge.

Necropolis was developed and published by Namco Bandai Entertainment on Xbox One. It released on October, 4 2016 for $29.99. A copy was provided for review purposes. 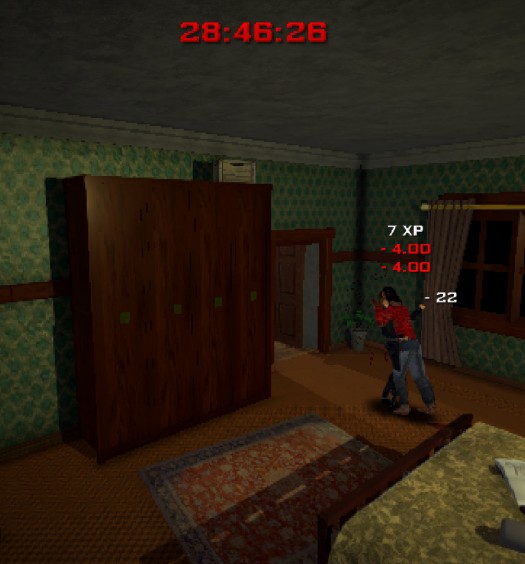