A Hat in Time stars a young girl in a hat, simply referred to as Hat Kid. She pilots her own cushy spaceship which uses time as fuel, but after an accident, she loses all her magical hourglasses and is stranded above an alien planet. To make it back home, she must venture down to the surface and collect all the time she lost. Naturally, the only way to survive the planet’s strange locales it to utilize a bottomless collection of flashy headwear. Much like this year’s Yooka-Laylee, this game is another attempt at reviving the collect-a-thon platformer funded through Kickstarter. While the ex-Rare team’s attempt was fun but didn’t quite live up to their past efforts, A Hat in Time succeeds at making that old-school genre feel exciting again. 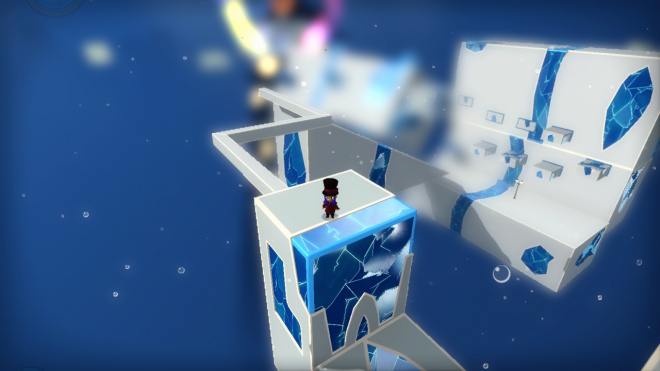 Gotta catch em all – A Hat in Time bills itself as a classic collect-a-thon platformer, but that really sells it short. This is a streamlined take on the genre, trading the glut of endless shopping lists with well-designed, self-contained missions. Your main collectible is the Time Pieces that fuel Hat Girl’s ship. Most are collected through natural story progression – you explore a series of open worlds filled with loot, but each has a linear progression of missions that you complete for your main prize. It’s similar in structure to Super Mario 64 because of this, but it rises above that comparison because of how varied each mission in a single world can be. The amount of gameplay ideas here puts platformers to shame – you’re not just going to be jumping around on fetch quests, you’ll be solving murders in a stealth mission, hiding under furniture from monsters and leading a death-defying parade just to name a few objectives. Despite the mission-based structure, there’s still plenty of exploration to be done – every world is filled with optional loot, including a few loose Time Pieces just waiting to be found. The one chapter that happens to go full-on open-world does it very well, crafting the area to funnel you in the right directions. Where most games go for quantity A Hat in Time goes for quality – while there’s only 40 Time Pieces in total, every single one is a unique, memorable experience.

Hats for days – The other major collectible in the game is balls of yarn, which are scattered about the various worlds and used to craft new hats. Every hat has its own unique ability, from sprinting to explosive bombs, which can be swapped on the fly via a radial dial. The game does a great job at making each hat feel useful, rarely outright requiring them to complete a mission but having ample opportunities to use them throughout each world. Hats can also be accessorized with buttons, which provide extra modifiers ranging from small perks to brand new attacks and abilities. As an added bonus, hats can also be customized with unlockable colors and alternate appearances. The game really drives home the whole hat shtick, but in the most charming way possible.

Who needs hats? – Hat abilities feel great but are really just compliments to your standard move set; the real meat and potatoes is the platforming. It’s mostly standard fare – you got your double jumps, wall jumps, and long leaps. It feels like you remember old-school platformers playing, having simple yet rewarding moves that work just as well goofing around as they do in precarious situations. Your movement skill set just feels fun to use; the grappling hook and belly sliding moves are simple mechanics but are unbelievably satisfying when pulled off well. Combat is incredibly simple, just relying on mashing the X button, but it works due to the light focus on actual fighting. The few boss battles in the game are designed well enough so that actually whacking the bad guy is the least interesting part of the encounter.

Literally too cute – Now I’ve reviewed a lot of games with bright cartoony aesthetics and complimented them for that exact reason, but in retrospect, none of them come close to the adorable brilliance of A Hat in Time. It’s not just the bright graphics, simple but solid art direction, and the jaunty music, although that’s all top-notch here. What puts this game above others is its sheer dedication to creating this candy-coated world with a dark sense of humor. There’s an endless amount of little details and features that most games wouldn’t even attempt to include – everything from unique animations to fantastic hand-drawn art to complete mini-games (including a complete text adventure) – most of which will likely only be seen once or can be missed entirely. Every world, every mission and every cutscene is filled with little surprises as the game is always willing to go the extra mile to make its audience smile. Losing focus– Oh, the game’s poor camera. I’ll give it credit – it tries its best to keep up with your character and stay at a good angle, but unfortunately it’s not very good at it. It will swing wildly, zoom too close or two far, and often get caught behind level geometry. It will self-adjust at the worst times, throwing off your perspective during a wall jump or a huge leap. If the game has one gameplay problem, it’s that some platforms are too small and hard to land on, and the camera often only makes it worse. Some problems are alleviated by the decent manual controls, which at least lessens the pain. The only time you can count on it working flawlessly is in sections where it remains fixed.

Creepy crawlies – This was one of the most weirdly buggy games I’ve played in a while. While I encountered plenty of bugs, nothing I experienced was game-breaking or anything more than a minor inconvenience. The biggest problem was the progression save issue that came up a couple of times; it’s never made me lose any story progress, just the last cosmetic item I earned. In one play session, the game would say my controller disconnected after every load screen even though it was still connected. One time I skipped a cutscene, only to have the dialogue and camera changes still play while having complete control of my character. Sometimes the audio wouldn’t play for just one random line of dialogue in a cutscene. There’s a weird collection of bugs under the hood that will hopefully be exterminated, but as it stands, I haven’t found them to be a detriment to the game. 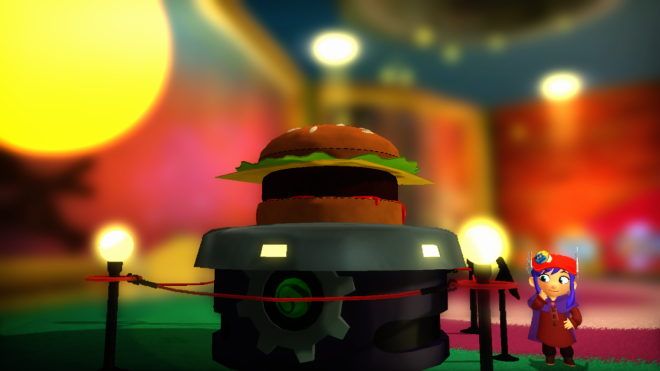 A Hat in Time is the kind of game you don’t see very often anymore: an incredible fun-for-all-ages romp that isn’t exclusive to Nintendo. It’s ceaseless dedication to making every moment feel fresh and exciting is admirable – even if a few technical hiccups slipped through the cracks. It’s an incredibly fun platformer that never stops surprising. It’s the kind of game that just makes you happy. Heck, the game is making me smile right now, and all I’m doing is writing its review.

A Hat in Time was developed by Gears for Breakfast and published by Humble Bundle. It was released December 6, 2017 for $29.99. A copy was provided for review purposes.

A Hat in Time Gears for Breakfast Humble Bundle 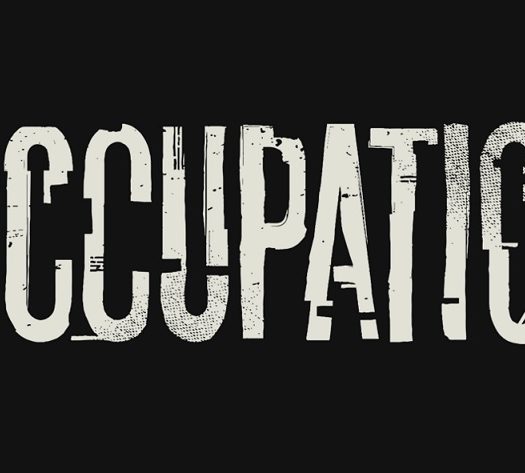 Read More
The Occupation Review: Where Did the Time Go? 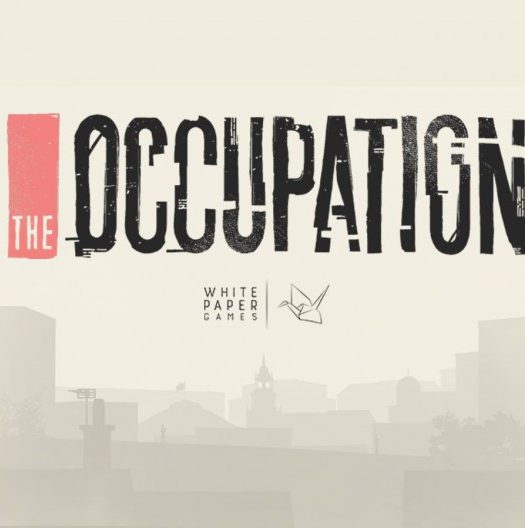 Uncover the Truth in White Paper’s and Humble Bundle’s The Occu...