Goosebumps Dead of Night Review: You Can’t Scare Me

Goosebumps Dead of Night Review: You Can’t Scare Me

Goosebumps lives on in a first-person adventure game. If you enjoyed the movies, you’ll be happy to know that Jack Black does a lot of the voice acting. This is the second game to come out for Xbox that revolves around the world of Goosebumps. The first one, Goosebumps the Game, was a point-and-click adventure. However, Goosebumps Dead of Night is essentially following the movie instead of the books. This means you’re in the regular world and the author R.L. Stine (played by Jack Black) is needing your help to stop Slappy. The chaotic dummy wants to release all the monsters from the books as his army to take over the world. Take a deep breath and prepare to meet awesome characters from the beloved book series.

Iconic Franchise — I remember my first time getting a Goosebumps book. At the store, the book section had a variety of scary looking covers. I convinced my mother to buy me two of the books. One of them was Why I’m Afraid of Bees. There was a boy’s head on a bee’s body. This was the beginning of my new addiction to collecting these books. I got almost all of them and, to this day, still own them (though they are in bad condition now). So when the movie came out I was excited. It wasn’t great, but seeing the characters brought back memories that I was fond of. The game did the same thing. Running from the Werewolf of Fever Swamp or trying to capture the lawn gnomes (from Revenge of the Lawn Gnomes), no matter how poorly implemented, was exciting. Now I want to read the books again!

Gameplay Variation — A nice touch in Goosebumps Dead of Night is that it’s almost like playing three mini-adventures. It’s all the same story, but the chapters play out in unique ways. The first one is similar to Emily Wants to Play. There are a variety of “enemies” that you must be careful with. My favorite part was the lawn gnomes. They often would turn off lights which in return would allow a murderous clown to attack you. The next chapter is all about puzzle-solving. Your goal is to make an antidote and you must find the ingredients. I really did enjoy this section, as there were the classic bees from the first book I read. Then finally the last chapter is a bit like the movies. You fight off giant gummy bears and witches while trying to stop Slappy the dummy. It’s just cool how they mixed up each area which kept things interesting.

Mini Adventure — There are a ton of monsters that could have been utilized in the game, but there is only a handful used. The time to complete the story is a couple of hours. This didn’t feel like a whole adventure and it was a bit disappointing. The price tag does not justify the length. It might have if there was more to it, but it has absolutely no replayability. There is a hint of collectibles in the first chapter but they don’t do anything but move the story along (since it’s a mission). I would have loved to have had to find manuscripts or something. Maybe even a gallery in the start menu that has all the classic book covers. The game’s main feature is the franchise. Without that element, you would have an extremely bare-bones experience.

Minimal Fun — Take away the Goosebumps skin and you won’t have much of a game. While there are some decent attributes within the few chapters, the result is only mild entertainment. Because of achievements, I found myself dying in every way possible to unlock them. This showed me that there really is a poor checkpoint system. I’m not sure if that was to extend gameplay time or if it was to make it more difficult, but sometimes you really get set back. You have a good time at first, but it starts to really wear off as you continue through the story. The last chapter is downright muddy feeling. Like you’re slow and the puzzles are not complex, but a bit annoying to do. The worst part for me was a collapsing walkway. Witches will try to attack you as the ground shakes. It was really poorly executed. Overall, I had an okay time playing through the game but it was nothing that really brings any authentic excitement.

I didn’t hate my adventures in the world of Goosebumps. I was delighted to dive in and get a glimpse of the world from a first-person perspective. The biggest issue is that this experience is just way too short, especially for the amount it costs to have it. You can get many of the books at this cost! If you haven’t read any of them, then I would highly advise against buying this game. If you have, then I would just give you a little warning. The gameplay is mediocre and the story is a lesser version of the movies. The only real delight you’ll get from it is the fact that it has characters from the Goosebumps universe. I dream for the day we can see a larger universe to explore with many more references to the books, besides just the handful they keep reusing.

Goosebumps Dead of Night was published by and developed by Cosmic Forces on Xbox One. It was released on June 12, 2020, for $39.99. A copy was provided for review purposes. 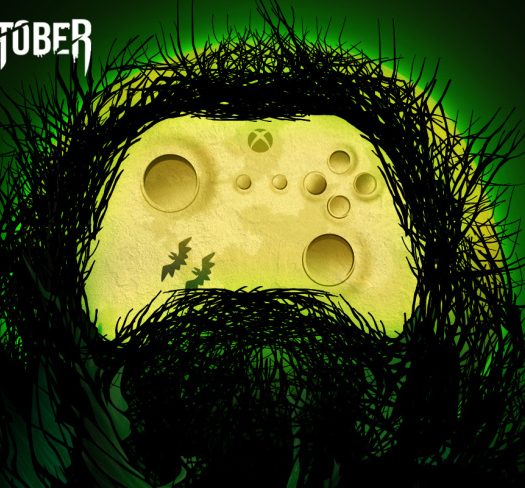