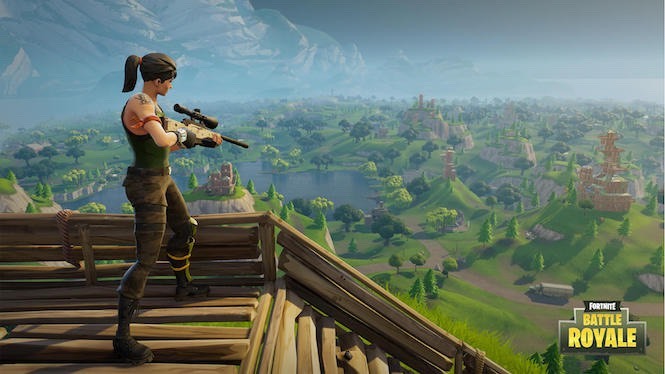 Patch version 5.21 has hit Fortnite Battle Royale today, seemingly a day later than the normal release day for patches. Not much is changed or fixed this patch. A new weapon has been added to the pool, and there are two returning game modes available for play, one with a new twist. An interesting bug introduced by the previous patch has been fixed, and there were some changes to the save the world mode. Here is a deeper look at all was added to the game as of today. 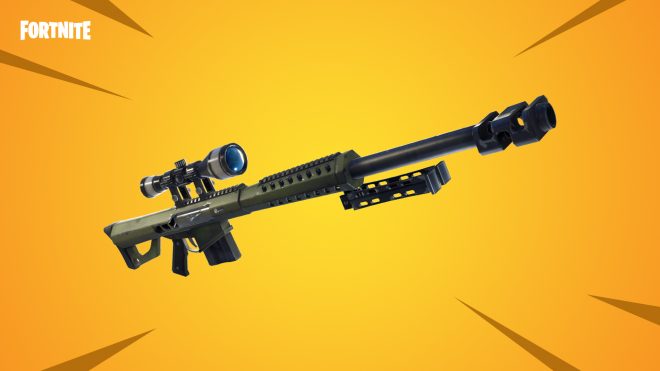 If this bad boy isn’t 50 caliber, chances are this is as close as we’re getting to that ever being a thing. The heavy sniper rifle comes in epic and legendary rarities. It can found as standard floor loot, in chests, supply drops and even in vending machines. Aside from a long reload, the epic variant will deal 150 damage, while the legendary version does a whopping 157 damage. This sniper is even deadlier to buildings as both variants do 1050 – 1100 damage to a structure which means a single shot can destroy any building instantly. Interestingly, the heavy sniper rifle has less bullet drop than the hunting rifle and the bolt-action or semi-auto sniper rifles. This sniper rifle will blow your mind, quite literally.

Soaring 50’s is a mode that starts out similar to 50v50. The twist comes from the new mobility options. Whenever you’re falling from large heights, you’ll be able to redeploy your glider. This will allow players to quickly close the gap in distance from their location to the circle, and furthermore from their location to an enemy. The mode has increased loot drops for bounce, launch pads and even impulse grenades. The ability to deploy your shoot will occur when you are at falling from at least 10 meters up. Impulse grenades have been made more prominent to spawn not only from chests but also as spawn loot. Spike traps have been decreased. As always, stats and K/D are not tracked in this mode.

You wouldn’t expect Epic Games to release a new sniper rifle into the world and not give us plenty of opportunities to put it to use, right? Sniper Shootout, the mode all about eliminating your enemy with nothing but sniper classed weapons, makes its return. There are a few changes this time around. Scoped Assault Rifles have been removed from the mode altogether. Floor loot has been reduced by 50%, which means your best bet for good drops are from chests, and of course, the heavy sniper rifle was added into the mode. Wins and K/D are tracked and recorded while playing in this mode.

The minigun headshot multiplier has been reduced by half from 2.5 down to 1.5.

Grenades are now tracking properly in the week 5 challenge for grenades, clinger, and stink bomb damage.

Finally today, the cloth animation bug that was introduced with the last patch has been fixed. Characters like Huntress or Raven will no longer see their coats clipping out in front of their bodies.

That about covers all the changes to Fortnite Battle Royale that were introduced today in patch v5.21. For any changes regarding “Save the World” mode can be found in Epic Games full patch notes located here. 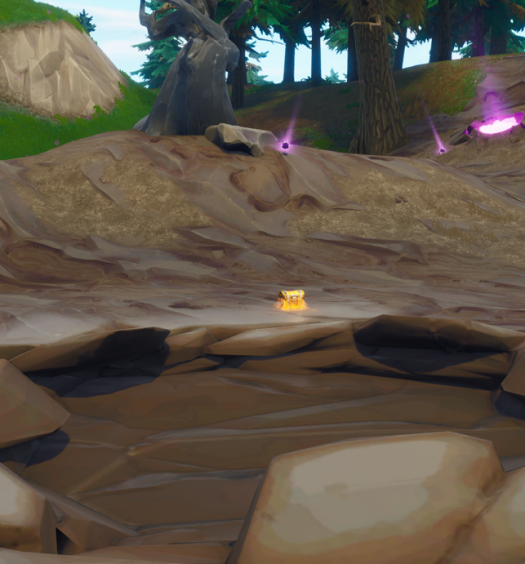