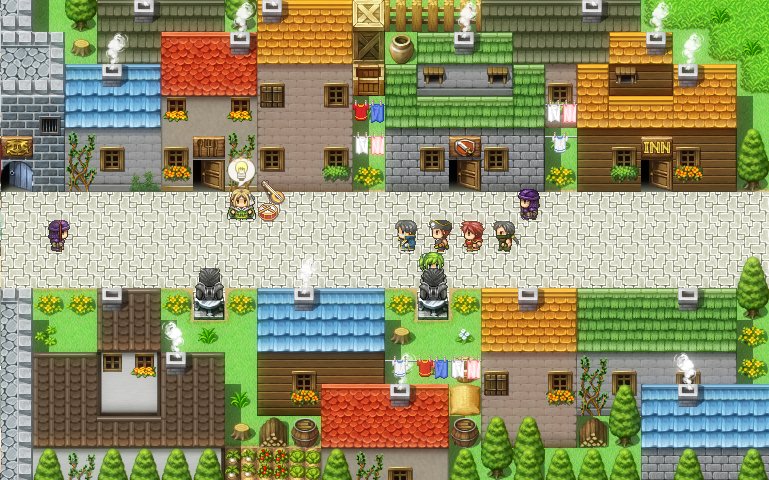 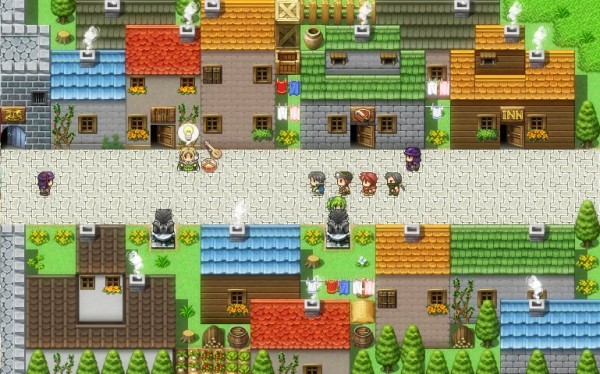 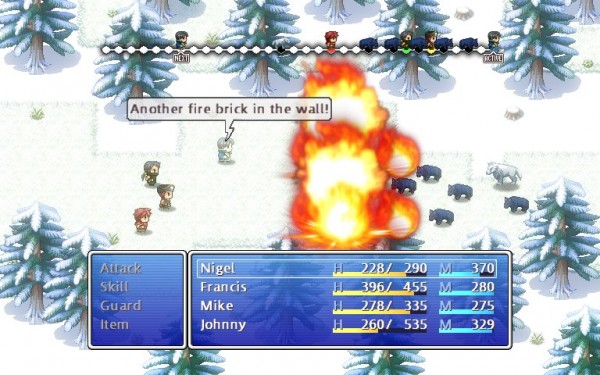 The battle system – The boys choose to play as four classes: Mage, Warrior, Ninja and…Pirate (since nobody wants to be a healer) but you as the player choose the party leader and positioning of the team. This determines which attributes are boosted and which are reduced. It’s a fun system for anyone who enjoys playing around with RPG stats, and switching party leaders can really change how you level up and the outcome of a battle. The battles themselves are relatively quick but if you find they get a bit too easy during the early grinding, you can hold down LT and it will dramatically speed up the fight with your guys zooming through battles blindly attacking the first enemy on the list in an almost Half-Minute Hero style of gameplay. Thankfully the difficulty progresses nicely so you won’t be able to play like this for long. Levelling up is satisfying too allowing you to add power points to three out of the four attributes: Might, Charisma, Grit and Dexterity at each new level.

Tinker friendly – There’s a great level of customizable options in Doom & Destiny, ranging from menu colors and text font to the ability to change the difficulty (easy, medium or hard) at any point in the game. There’s also a cool stats page that tells you who in your party has been picking up the slack and how you have been spending you time within the game. Two hours in menu screens isn’t strange right? Also a quick tip for anyone who picks this up, the game defaults to small screen but you can change it to full screen in the options menu without it looking skewed or jaggy on a large TV.

Comedy – Humor is difficult to judge as everyone’s taste is different, but only a sourpuss could not find something to tickle their funny bones here. There are several laugh out loud moments and more than few groans too, but on the whole the comedy works well in Doom & Destiny and RPG fans will lap up the in-jokes as kindly NPCs invite you to “feel free to rob my house”.

Saving – You can save anywhere! Well maybe not during a battle, but pretty much anywhere else. It’s such a simple action it shouldn’t need to be mentioned, but so many JRPGs make you wait hours between save points that in Doom & Destiny it is welcomed with open arms. Thanks for that. 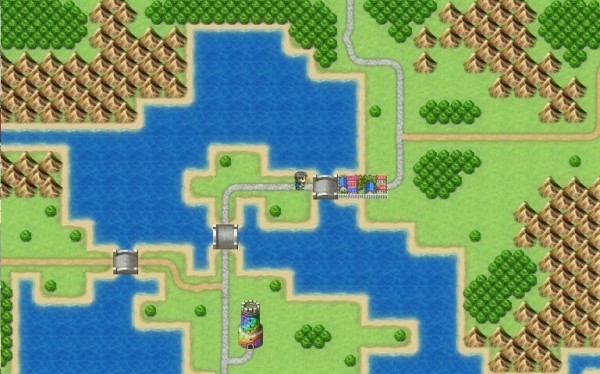 Bad language – There are a few spelling and grammatical errors throughout, but English is not the developers first language so we’ll cut them some slack. They’ve also stated that they plan to release a patch soon which will correct these errors and to be fair we didn’t feel it was that big a problem anyway. You could even say that it adds to that old school JRPG feel. What we didn’t like though was the frequent swearing. It’s mostly mild but the f-bomb does get dropped a few times and rather than adding any comedy value it feels cheap and unnecessary, only serving to remind us that this was indeed a three dollar indie game. It’s a shame as it’s pretty much the only criticism. Censoring can be just as funny and maybe even a bit more classy guys!

Wandering NPCs – The game features some narrow corridors and busy streets and you can sometimes get trapped by a wandering NPC during your questing, or when you just need to find out if that is actually a gold brick to collect or just a log. Wait a few seconds for them to complete their circuit and you’re free to go. It’s a very mild complaint but it did happen a lot. 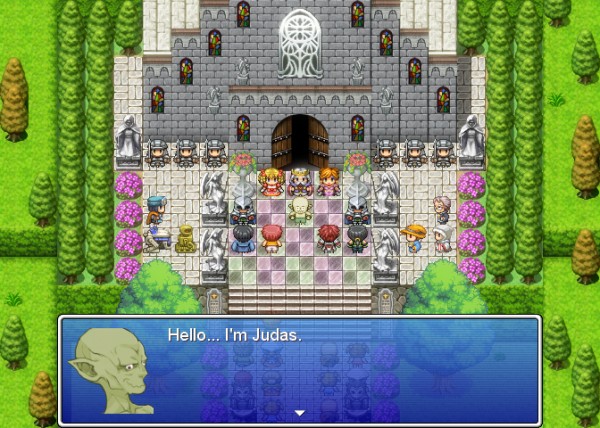 Turn based RPGs, of the Japanese variety, have been falling out of fashion for some time now but Doom & Destiny appears to have addressed some of the things modern gamers find annoying. The developers have also promised to continue supporting the game with a huge update coming “soon”. This patch is set to include some minor bug fixes, a re-balance of weapons and armours and an improved inventory system with additional filters. They also promise to introduce the ability to save your game on a memory card or USB stick, a screenshot function, an increase to the level cap, and more endgame content.

At 240 MSP this is one of the more expensive Indie Games but with over 10 hours of game time and free future content planned, you are certainly getting a lot of bang for your buck. Factor in the cute graphics and a foot tapping soundtrack too and Benjamin Ficus and HeartBit have definitely got a hit on their hands.