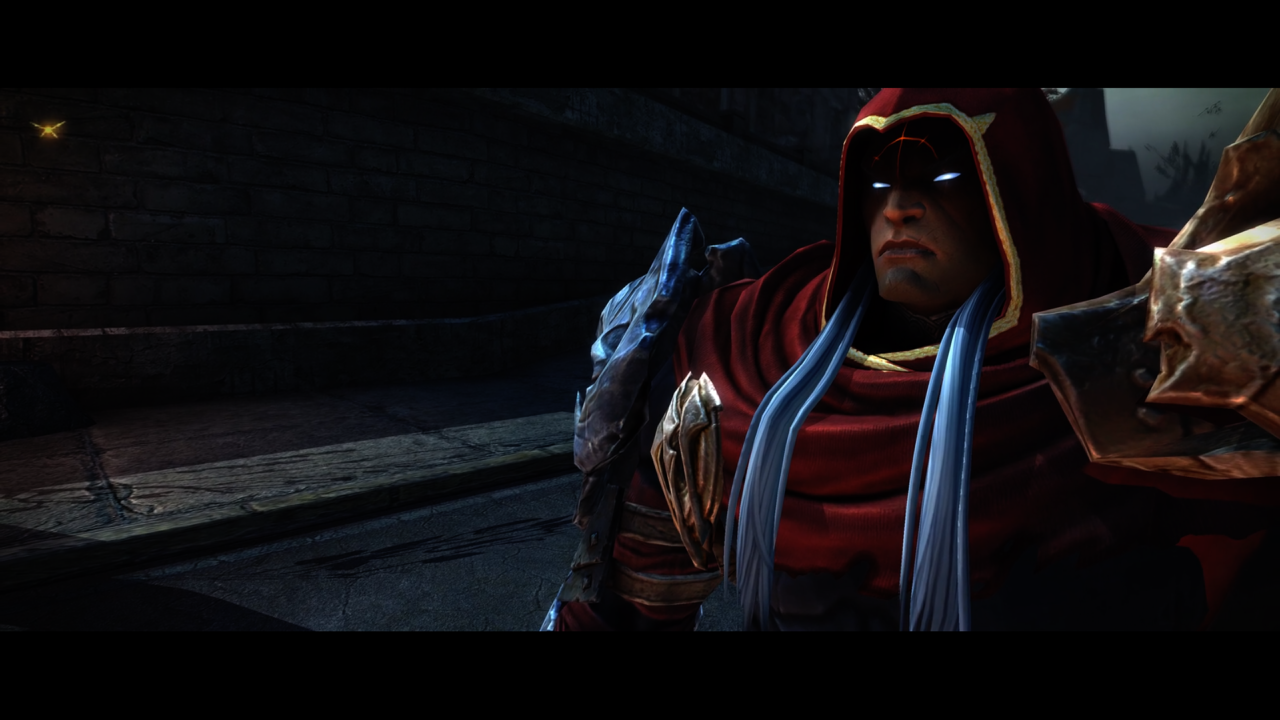 I think we can all agree that 2016 was a pretty rough year. It’s no use complaining because even at its most troublesome, last year could have been a lot worse. Look on the bright side, at least the world didn’t end at the hands of the Four Horseman of the Apocalypse. There’s still a lot of good in the world; for example, they finally remastered the original Darksiders.

Oddly re-released after its sequel’s re-release, Darksiders: Warmastered Edition pretties up the original game for the Xbox One. You play as War, one of the Four Horseman of the Apocalypse, who was tricked into prematurely ending the world. In order to prevent his own destruction, he ventures out into the burning ruins of Earth in an attempt to clear his name. It’s a cool game, just so long as you’re willing to look past the awful play-on-words that is “Warmastered”. 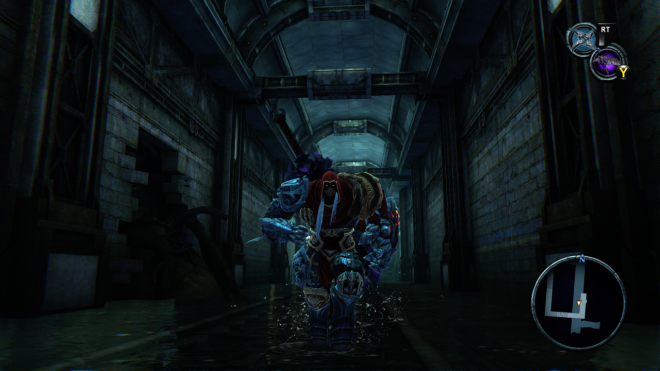 The pearly gates – Darksiders was already a good-looking game thanks to its wonderful art design, but the enhancements in the Warmastered Edition makes it look even better. It runs in 1080p at a consistently smooth 60fps. There are new textures and visual flair which look great on the current-gen hardware. For a game that’s not even that old, this is one well-done visual upgrade.

Dungeon Master – As this remaster is largely cosmetic, the core game remains intact. Which is great, because this game’s awesome. Darksiders is primarily a dungeon-crawler, containing a handful of lengthy, rewarding dungeons. Each one feels like a complex maze that perfectly combines the game’s fundamentals of combat, platforming and puzzle-solving. The game follows the classic Zelda formula, where you’ll find a new ability which you’ll be taught to use through increasingly complex puzzles. It all leads up to a climatic boss battle where you’ll need to utilize everything you previously learned. These scenarios are all connected by the post-apocalyptic overworld, which has some surprisingly varied environments and lots of hidden secrets. It all comes together to deliver a lengthy adventure with plenty of gameplay variety and huge bombastic moments.

The First Horseman – There’s nothing like a good old-fashioned battle between angels and demons. While Darksiders is not the greatest story ever told, it’s an entertaining one that doesn’t hold back. It’s dark, brooding, and violent to an extreme degree while still being incredibly fun. Everything from the art direction, music, writing and voice acting combine to make this one memorably twisted experience. 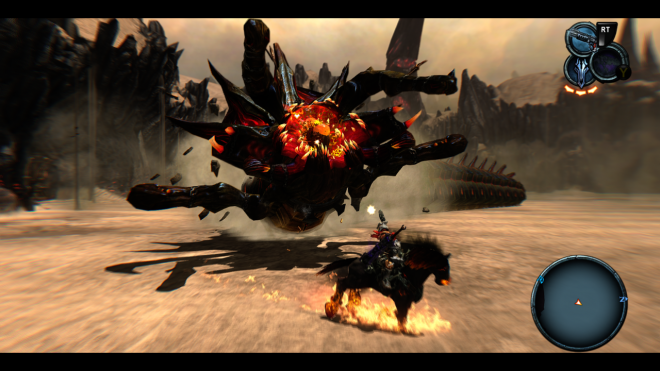 Immortal combat – A large portion of the game is spent in combat. It follows a traditional hack-and-slash formula: you have light and heavy attacks, you have a dodge, you can lock on to enemies and there’s even a large bank of extra items and abilities to mix things up. While it all feels great in practice, there is way too much filler combat scenarios. Rooms often lock until you can clear out all the enemies, and some gates require you to complete multiple combat challenges before continuing. At times it just becomes tedious, especially early on before you’ve unlocked a large arsenal. There’s also the issue of finishing moves; when enemies are weak enough you can press B to kill them instantly with a flashy execution. While extremely useful, every enemy type only has one or two possible death animations. After seeing the same graphic decapitation multiple times, it gets pretty tiresome.

The small annoyances – As this remaster mostly fixes the visuals, there are some issues with the game that unfortunately slipped through the cracks. Aiming with the reticle feels a bit slippery. Some checkpoints are placed directly before cutscenes (but at least the cutscenes are skippable). The remaster also introduces is own small issues, specifically particle effects that just seems to float atop the everything else. There’s nothing game-breaking or anything that will completely destroy your enjoyment, but it still would have been nice if these small problems were cleaned up. 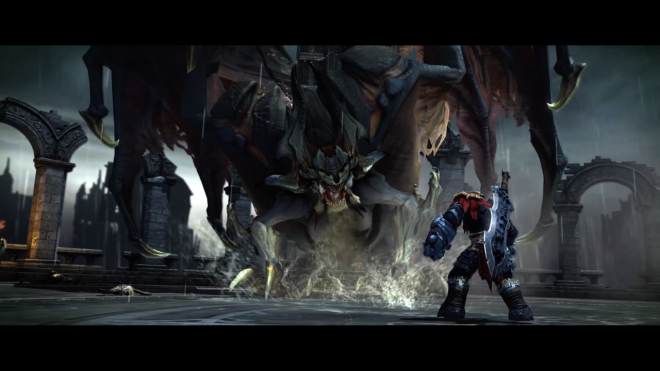 Darksiders: Warmastered Edition takes a great game and makes it… well, the same. I don’t mean to belittle the work done on the remaster; the visual and performance upgrades are really good. It’s a great re-release of a great game, but it’s a game that still feels rather recent. With nothing additional added to the package, it may not do enough to appeal to fans of the original, but for newcomers, this is the best version of the game.

Darksiders: Warmastered Edition was developed by Vigil Games and published by THQ Nordic. It was released November 22, 2016, for $19.99. A copy was provided by the publisher for review purposes. 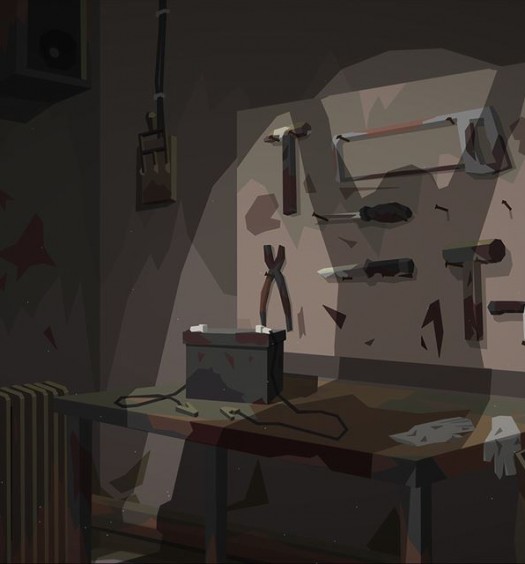 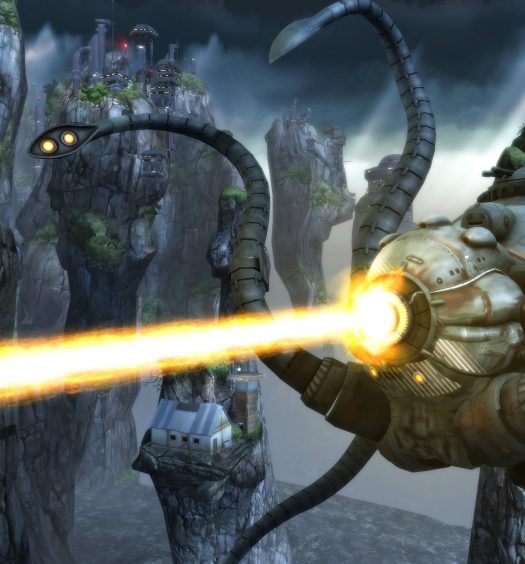