We don’t expect every new game release to reinvent the wheel, but it’s always nice when a game comes along bringing something new to the table. On their first try, Weappy Studio has successfully mashed two established genres together, to deliver a fresh take on the classic management sim. Part strategy, part graphic novel, This Is the Police is a game of two halves.

We take on the role of Jack Boyd; a gritty police chief voiced excellently by Jon St. John, (voice of Duke Nukem) who has been forced into taking early retirement by a corrupt mayor. Boyd had been allowed one hundred and eighty days to set his affairs in order and hopefully earn $500,000 to keep him comfortable for the rest of his life. Of course, police salaries are not the best so will he need to resort to favors and corruption to bring in the bulk? 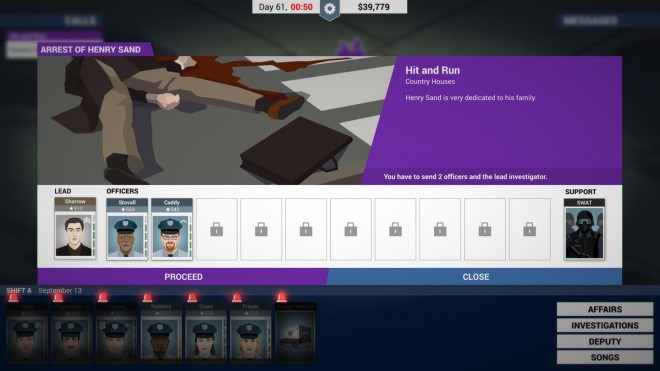 A strong shift: This Is the Police is essentially a management sim. You take on the role of the Chief of Police, hiring and firing staff, and dispatching them to various jobs and investigations. Each officer will have a skill rating and the higher the number, the more likely they are to make a successful arrest and return home unharmed. Successful arrests will, in turn, increase that officer’s skill rating, but if they seem like a lost cause, there is also the option to send them away for training or have them bumped off if you’re really unhappy with their performance. If a case is more complex, you may need to provide ad hoc advice to your staff by answering some multiple choice questions on how to proceed. Similarly, some cases require you to send a detective to the crime scene, and these will then need some input from the player to solve. Along with the day-to-day jobs, you’ll also be presented with work from the Mafia, City Hall or local businesses asking for help. Helping out can earn you some extra money, but it will also take your officers away from the real work, leaving you shorthanded for a period. If you refuse to help too often, then you’re likely to fall out with a few people. I’ll not spoil what could happen, but suffice to say you should probably try to keep everyone as happy as possible.

Fresh meat: What makes This Is the Police that bit different from your usual management sim, is the in-depth story, interspersed between each working day. The story is played out like a comic strip, usually at the start of every shift, and keeps you updated with the internal politics of running a police department. These cutscenes can get pretty lengthy at times, though you can go days at a time without the story advancing and during these times I was itching to hear the next part. Of course, when cutscenes take over so much of your gaming time, they had better be good and thankfully, This Is the Police tells an interesting and complex tale about an honest cop being forced into corruption from all sides. It’s an extensive yet completely absorbing story which introduces us to the real Chief Boyd and his struggles to stay honest.

Suited and Booted – The graphics are simple yet effect. In the game, you are presented with a map which shows where each emergency call comes from. Your officers are shown along the bottom of the screen, almost like the classic board game Guess Who, and you can quickly check their skill rating and energy levels before deciding whether to send them out on a job. The cutscenes resemble a bare bone comic strip, where characters have no facial features other than hair and glasses. Such a style could potentially have fallen flat in a game where the story is so important, yet thanks to the fantastic voice acting, we are still able to understand every emotion portrayed on the screen. Boyd himself is voiced by an excellent Jon St. John, (voice of Duke Nukem) and he’s backed by a talented cast of supporting actors which really lend to the story’s enjoyment. It’s also worth mentioning the game’s soundtrack which is littered with blues jazz numbers. Players can pick which song to listen to at the start of each shift from a selection of records, tapes and CDs. My only criticism here is that the songs do not last the full length of the shift so you either need to stop the game to pick a new track or carry on in silence. 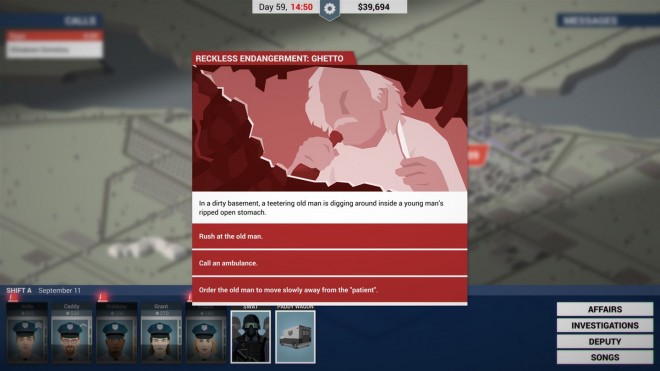 Questions with no answer – From time to time the game likes to poke at social issues. For instance, quite early in the game, I was given the tasks “Fire All Black Cops,” apparently to protect them from ongoing racial assaults, and another to ensure that at least 50% of the task force was female. Controversy aside, both tasks seemed counter intuitive to the success of the game, for one there were no females available to hire anyway. I ignored both requests, however other than getting an angry message from the mayor; nothing further came of it. Which raises the question, what was the point? We’re used to video games giving us tough choices, but here they seemed to be just for show with only the generic message: “politicians are bad m’kay.” If you’re going to raise important issues in your game, at least go somewhere with it.

Long arm of the law – The biggest issue with This Is the Police, is that it suffers from some severe pacing issues throughout. The early sections seem a bit too easy, other than some strange, seemingly impossible, requests from city hall, and the gameplay itself never really evolves past selecting which officers to send out to each crime. Team this with some overly long cutscenes (some close to 10 mins) and This Is the Police soon becomes more PC Plod than Hot Fuzz. Things pick up for a bit after the first act but so to does the difficulty and at an alarming rate. Players are constantly bombarded with requests from City Hall which are next to impossible to complete, and when you do fail these requests, your budget is cut making it even harder to recover from. There seem to be very few methods to actually beat the game, meaning your early game choices were an illusion, you just had to pick the right one! 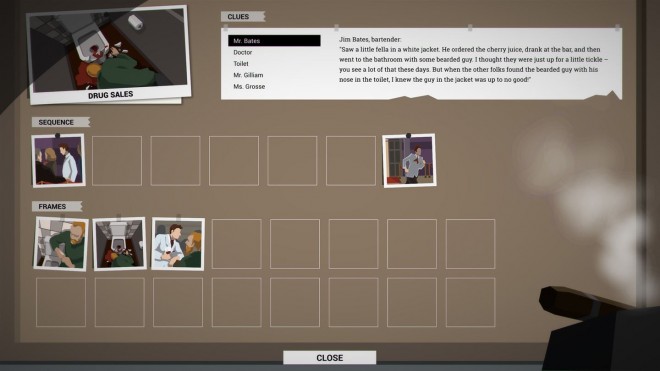 This Is the Police has been a difficult game to rate and in my mind I’ve changed my score from “Highly Recommended” then down to “Limited Appeal” and back again, all depending on which part of the game I was playing. This mostly boils down to severe pacing issues and wildly varying difficultly levels throughout. If the developers can tighten this up then This Is the Police could be a real gem, but as it stands, interest levels soon plateau after overly long mid-sections and there’s too much frustration in the later half spoiling any earlier enjoyment.

This Is The Police was developed by Weappy Studio and published by NHQ Nordic on Xbox One. It was released March 22, 2017, for $19.99. A copy was provided for review purposes. 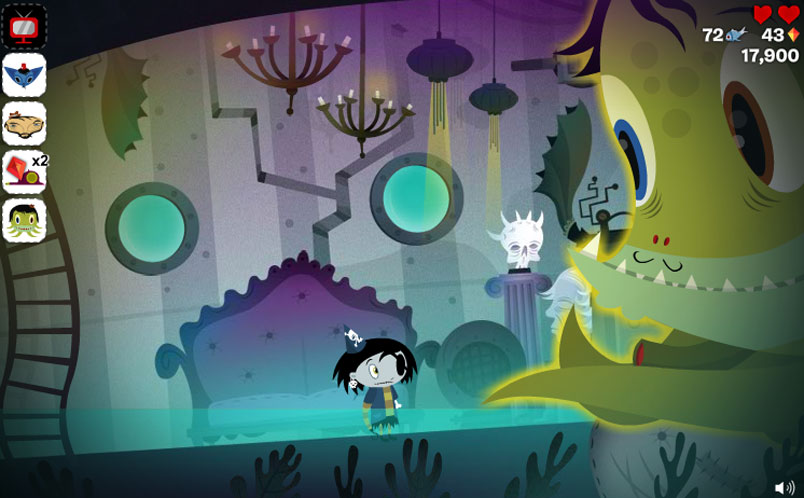 Rumor: Scarygirl game on the horizon from TikGames and Square Enix

Read More
Rumor: Scarygirl game on the horizon from TikGames and Square Enix