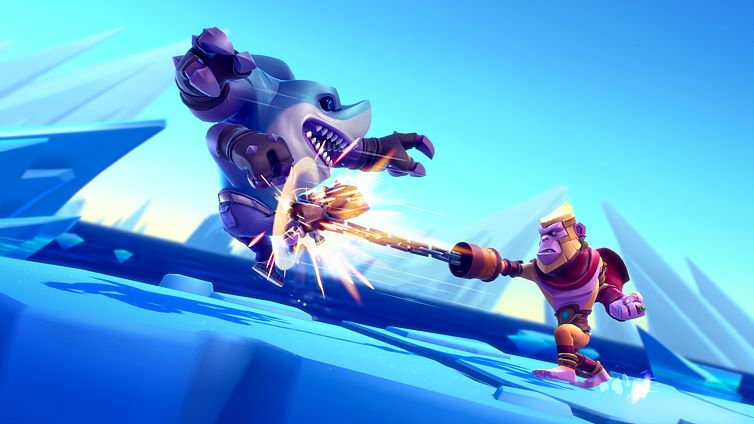 By Anthony Blizzard  •  1 year ago

In 1999, Super Smash Bros. for the Nintendo 64 took the world and the genre of fighting games by storm. It wasn’t just through using a bunch of licensed characters in a free-for-all fighting game; it was by not following the standard format that we had expected up to that point in time. This new style of fighting game has been attempted numerous other times over the years in many different ways and from various angles, but none have been able to scratch that same itch. Enter Brawlout by Angry Mob Games, which throws its hat into the ring hoping to carve its own niche into this smashing space. So will Brawlout be able to brawl its way into your heart or will it get a solid K.O. walking in the door?

Brawlout comes out the gate with six original fighters, with some additional fan favorites like Yooka-Laylee from Playtonic’s Yooka-Laylee, Juan from DrinkBox’ Guacamelee, and The Drifter from Heart Machine’s Hyper Light Drifter. It also has 13 stages to choose from for you and your friends to brawl out on. The mechanics are about what you would expect in regards to being as simple as picking a direction and a button, and it will do something cool. Those actions vary from character to character, giving each its own style and appeal but with enough diversity in the selection that everyone is sure to find a fighter that fits their style and has a good time. In addition to the standard couch play of picking teams and doing free for all or party modes, there is a single-player arcade mode as well as online play with private, unranked, and ranked matchmaking. There is a tournament feature as well, but at the time of reviewing, I was not able to play in one. Now, all we have to do is pick our favorite fighters, a stage, and make each other fly in different directions. Got To Work With What You Got – Although the game has a roster of nine characters, six being originals, there are one or two variations for each of the six original characters. For the most part, these are just re-skins of the fighters you are already used to using, but they go about changing the character’s unique abilities just enough to feel like new characters. That type of novelty is important to how it can change the game’s fights and allow you to customize the experience as you see fit. Add in the three tie-in characters that fit in like a glove and every character choice becomes fun in its own special way.

Brings Back Fond Memories of Smash Bros. – As earlier stated, there are a lot of clones of Smash Bros., but at times Brawlout can feel really close to the genuine article. The differences are slight but strong enough so you can tell it’s its own thing. So take the fun and excitement you get in Smash Bros. except with original characters and its own personality. The flow and excitement of the battle are there, and if you are playing with friends in person or online, you will find those same screaming and jumping moments of joy and rage. Especially on Xbox for the time being, I’d say this is the closest we have to Smash Bros., and it definitely satisfies that itch. 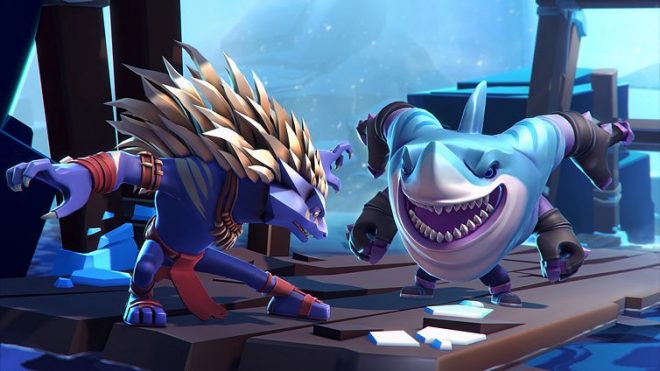 Can We Change the Song? – Each of the 13 stages has only one song playing in the background. Overall, this just hurts longer play sessions. You can only play the same stage so many times before you start getting tired of hearing the same song over and over again. That is if you don’t tune it out entirely. Being able to unlock or even just having more music would have been a very appreciated touch. With that said, the music here outside of the tie-in stages are original compositions. Still, the inclusion of more music into the game would have really put this over the top, maybe even with just simple themes for each character in the game. While the little bit of music that is here is good and well composed, more would have just done so much overall for the title.

Can Someone Check the Computer? – What might be the biggest drawback for the entire game is the computer AI. While the game could have benefited from having items in battle, more stages, more characters and so on, the fact that the game has no real intelligence in its AI is the biggest disappointment. After a match or so, you can figure out how to beat any computer opponent in an one-on-one battle. The way the game tries to make up for this issue is just by throwing more fighters at the player, which then fleshes out one of Brawlout’s biggest weaknesses. This weakness is the fact that outside of a single cancel which has to be loaded up by taking hits, there isn’t a way to stop someone from landing combos on you after landing their first shot. The overall issue of the lack of evasive tactics and lesser intelligent AI creates a frustrating experience from time to time when playing solo. 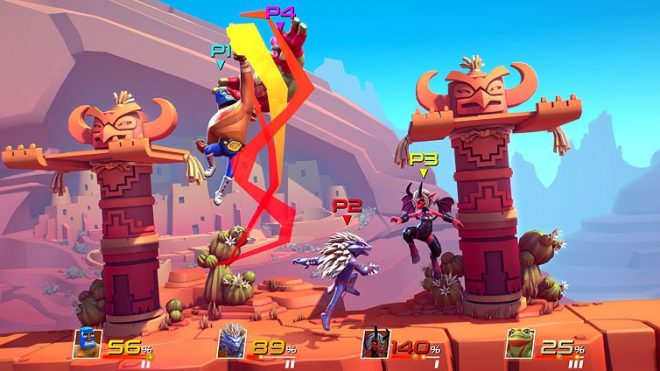 Wrap-Up – Brawlout is a fun game from top to bottom despite its flaws. By bringing the popular platforming fighter formula to the Xbox One. It definitely has a niche and a space that it performs really well in. It just doesn’t do a lot to separate itself within the platform fighting space. The tie-in fighters are a really awesome touch and a nice place for indie developers to put their flagships on display like this. At the end of the day, if you are looking for a fighter that you and two to three friends can sit down and have a great time with, Brawlout is your game. That also is true if you have friends that play online. So if you have an itch for some Smash Bros. and just haven’t been able to find something to scratch it, then give Brawlout a shot.

Brawlout was developed and published by Angry Mob Games on Xbox One. It was released on August 21, 2018, for $19.99. A copy was provided by the publisher for review purposes. There’s also a Deluxe Edition priced at $29.99.

Anthony is 27 and has had a controller in his hands since he was in diapers. When he's not spending time with his wife and daughter, he can be found writing and reviewing games here for XBLAFans. 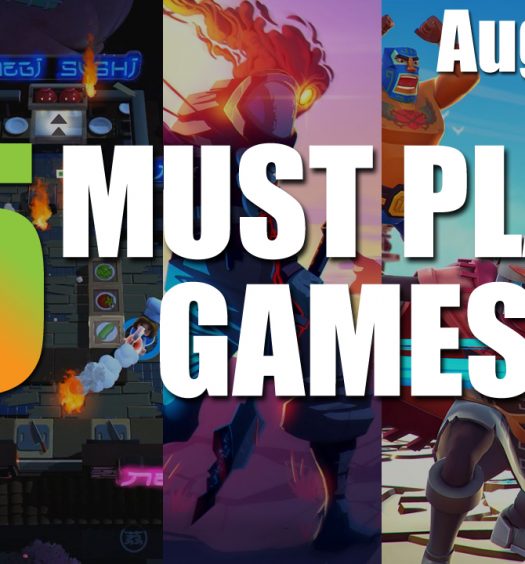