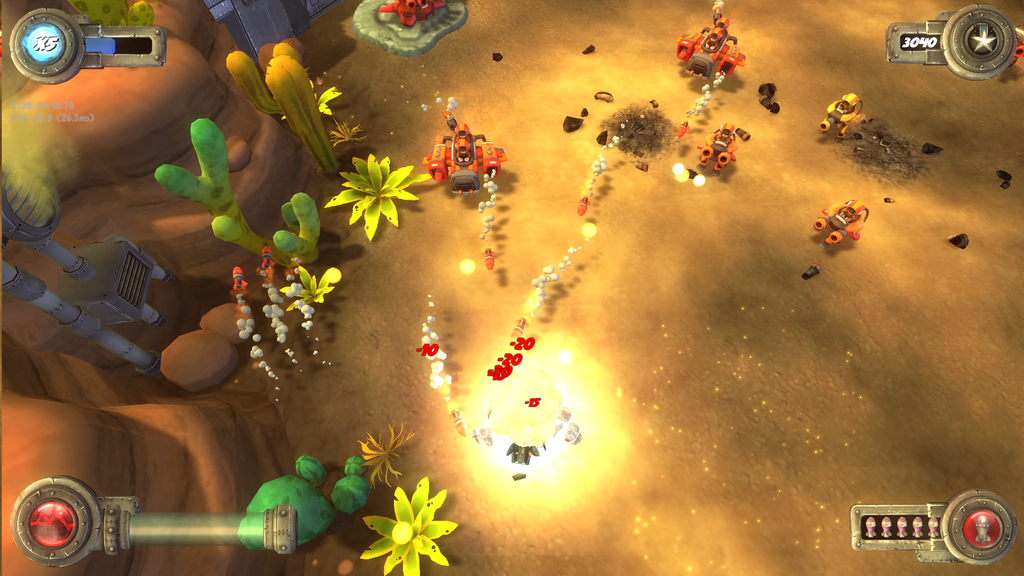 Blue Rider is a shmup at heart, but not in the traditional sense. You’re not being force-scrolled in one direction while dodging bullets and enemies, but instead get a top down almost twin-stick shooter style view and gameplay. You progress through each level at your own speed and discretion, each stage offers up multiple directions to run through.

The stage design is very simple, which isn’t a bad thing — each stage works very well and is rather easy on the eye. One of the best parts about Blue Rider is your ability to make your way through the levels at your own speed, taking on large groups of enemies at once or slowly drawing them off one at a time. Either way, it’s up to you. Each stage ends in an epic boss battle, and each one is bigger and badder than the last. These battles feel great and challenging just the way you want them to. 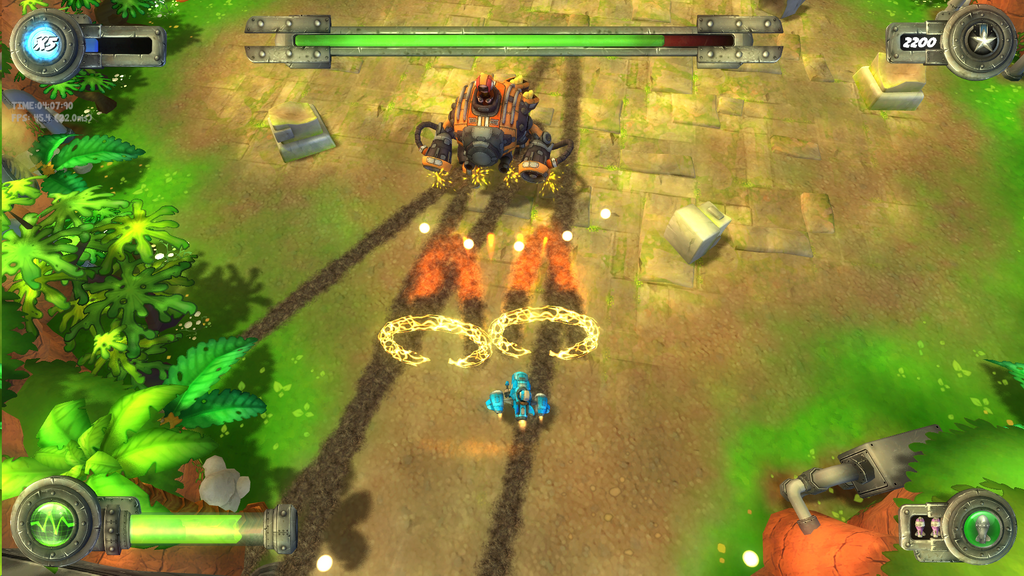 Challenging – The enemies aren’t super unique or interesting, but there are enough of them to definitely make you regret zooming haphazardly into the next zone. Even with the ability to lure them away and take them out one by one, it still took time and skill to accomplish this goal. I never felt like any part of it was impossible, and if I died I always knew where I went wrong, which felt really good.

Level design – This is almost the best aspect of the game. Each stage is split off into multiple sections with enemies and mini-boss types throughout. In order to progress through each level you must find the generators that power different laser fences and destroy them. This concept is simple enough, but if you’re really good with the controls, it can be even simpler. Technically, you don’t actually have to kill anyone but the boss at the end of each level, so if you can dodge bullets like Neo in the Matrix, this game will be a breeze for you!

Boss battles – Remember above when I said that level design was almost the best aspect? Well this is why. Boss battles are the best part of Blue Rider. I wish they had a boss battle challenge mode where I could just replay these bad mamma-jammas all by themselves. Each boss is massive and hard — yes that’s right, hard. These are not just a walk through the park. Now once again, if you’re Neo (see above ^), then no worries, you got this, but if you’re not, then get ready to put all of your shmup experience to work. It took several tries to beat most bosses, but each attempt was frustratingly fun, getting closer and closer to the final blow each time. I told myself many times, win or lose, this is the last run and then I got to get some sleep, yet I found myself attempting it four or five more times before finally destroying the boss and begrudgingly going to bed.

Lack of leaderboards – Fine, so I can’t have multiplayer, whatever, I’ll deal with it. But no social aspect of it all together is just asinine. Why would you do that? I have the ability to rack up points and a multiplier for said points on each level, but for what? Your score is just deleted after each level and never seen or heard from again, so why even have one?

Super floaty controls – The games most annoying and frustrating features was the wafty feeling to your ship. I’m not sure if it is a delay in response to my controls or a design flaw that was intentional or not. I just know that it felt inconsistent and I blame it for many of my deaths. Several times, I died simply because the ship chose to have a faster reaction this time than the last fifteen times I pressed a direction, so instead of gradually slipping between a few bullets I slam nose first into a missile, ending my progression. 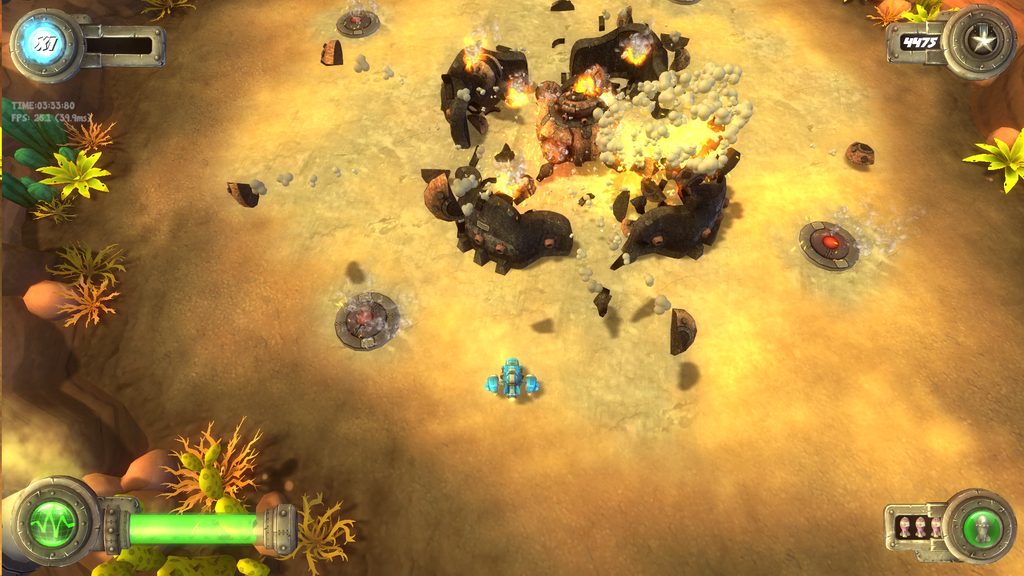 Blue Rider was supposed to be a new twist on an old genre, but it sort of falls short of the marker. That doesn’t change the fact that it was enjoyable and fun. I showed it off to several friends and even had a few of my “non-gamer” friends ask to play. The stages are simply designed, with challenging enemies and hard boss battles. It’s exactly what I expected from a game like this. At the price point, this is a rather good game and one that feels rewarding with each victory.

Blue Rider was developed and published by Ravegan. It was released on October 11, 2016 for $9.99. This copy was provided for review purposes. 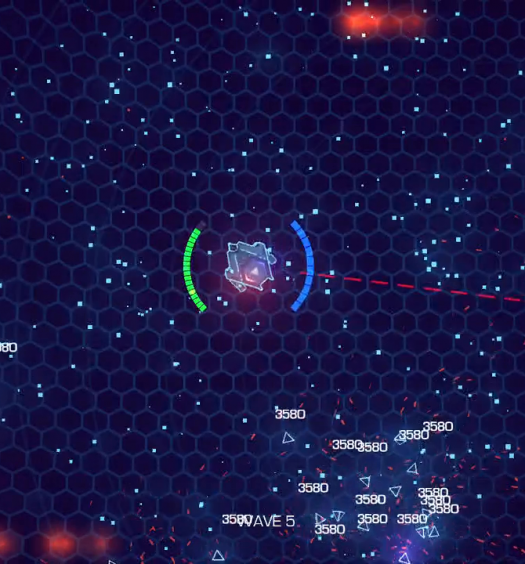