Beyond Blue Review: Diving into Paradise

Beyond Blue Review: Diving into Paradise

Inspired by Blue Planet II, in Beyond Blue you are a scientist who explores the ocean using advanced technology. Stationed in a mini-submarine, you talk to your team and plan out your next research mission through the depths of the ocean. Mirai, the character you control, is actually live-streaming the research project. This can be an educational experience as actual ocean experts have helped craft what is explored. You will explore all kinds of animals beneath the water and hopefully gain some more knowledge of a world few have dared to encounter.

Marine Life — As you can tell, the game centers around being in the ocean. There are different areas to explore and a good selection of animals to discover. I think of it almost like a free-roaming version of Pokémon Snap. Instead of taking pictures, you are scanning for research. You are also streaming some of these dives live to a curious audience. It’s pretty cool to have a submarine parked in the depths of the ocean. What an interesting job it must be to live underwater for a few weeks. When swimming around, you’ll mostly be investigating whales but there are other creatures you will be getting very close to. These include turtles, sharks, dolphins, and even a giant squid. It’s a really nice perspective to view the animals and be able to read about them in your notebook. It’s a very calm adventure.

Documentary Inspired — The game was actually inspired by the documentary Blue Planet II. They even include little documentary “insight videos” that give you a narrative similar to what you would see in a docuseries. You can learn a lot from playing the game, as long as you actually pay attention and read about the animals. It’s all a choice though, so you could just swim around and scan everything without paying attention. This would really defeat the purpose of the game since you’re not going to be really playing this as an adventure. The main character can call and talk to other people on the team, though she is by herself when she’s in the sub and while she’s diving. It’s great for the whole family and I think children, especially, will like it. I remember as a kid one of my favorite movies was actually one that took place underwater and was a documentary. I wish I had this growing up!

Free Willy — The game controls feel quite nice. You can swim, turn, and change direction pretty quickly. If you turn your scan mode off you can swim around like a real professional. I feared there might be some awkward movements, but everything was smooth and void of any issues. Rotating the camera came in handy to get a full view of my surroundings without having to hassle with where I was pointed. This was an extremely important thing that needed to be done right, and it delivered! The animations of the character are also very fluid. It didn’t bother me that you’re in a third-person view, and I often forgot that I wasn’t in first-person.

Inside The Sub — My least favorite moments of playing were while in the comfort of a submarine. Here you can look at items inside the vehicle, but there really isn’t much to them. I guess it’s just trying to paint the picture of feeling like home. The calls really bothered me. Here I am, trying to track a pod of whales and make some breakthrough discoveries and I’m getting asked how the family is doing. Why are half the calls about the character’s personal life? She can deal with that when she gets to the surface. We’re down here for business and knowledge, not for small talk! It was exceptionally boring to listen to these conversations because I simply did not care about the character. She’s in no danger at all. I think the calls were mostly game filler and didn’t serve any real purpose.

Safe in Paradise — I do get that this is mostly educational. However, being able to swim alongside a group of hammerhead sharks or get extremely close to a giant squid with no fear seems like the game is only telling one side to the story. The ocean can be an extremely terrifying place to be. Not all animals are harmless but the game really never mentions something being dangerous nor cautions “not to get too close”. I feel like it takes away from the facts. Even in a documentary they discuss the dangers that exist and the precautions divers must take in order to stay safe. Here, we can free roam like we’re invisible. Maybe to counter this they could have made your wet suit invisible (maybe not to whales with echolocation). It is set in the near future so they could have gone that route. Also, you have no air restrictions, it’s infinite and there isn’t even a gauge on what depth you’re at, which is also important. I just happen to research extreme depths occasionally and find the animals down there intriguing. In one area you can actually scan an Atlantic Footballfish, which is normally 700+ meters below the water. No one has ever dived that far below the water! The deepest someone has dived to and survived was just over 300 meters. If this was any other game then sure, but it is based on a documentary, and trying to be factual is not adding up. Even in the distant future we likely won’t have the means to create a suit that can withstand this kind of pressure. It’s never talked about in the game either, even though it’s currently impossible!

Lighting Up The Ocean — Your suit can change into various colors, at least the lights can. There is normal, red, and purple hue. While I thought it was cool at first, I found myself never using it. Through the storyline they have you change the colors in one small mission for scanning a certain species. Other than that, it’s just kind of your choice in how you want to look, I guess. In dark areas, the best light is always just the normal default color. The game overall can get quite dark at times, which makes it hard to navigate, and the optional lights you can change to do not help you in these situations.

If you’re looking for an optimistic documentary-esque game about diving in the ocean, you’ve come to the right place. It’s family-friendly and just a straight outlook at the various species. If you want both sides of the story, you might be disappointed to know that the real dangers involved with actual deep-sea diving are nowhere to be found. The actual insight videos are short and sweet and cover various subjects that are interesting to view. I love documentaries so I can say this game was a great escape from the normal games I play. You can even do a free-roam after the game if you want to just swim around casually. The open ocean section is quite bugged. There is no seafloor and it seems to cause a glitch where your character vanishes and you can’t do anything. It only happened in this area and was a pain to clean up the rest of the scans I needed. Other than that it’s a very average game that will appeal to an audience who loves exploring the ocean and viewing all of the creatures. It’s like you’re swimming in an aquarium!

Beyond Blue was published by and developed by E-Line Media on Xbox One. It was released on June 11, 2020, for $19.99. A copy was provided for review purposes. 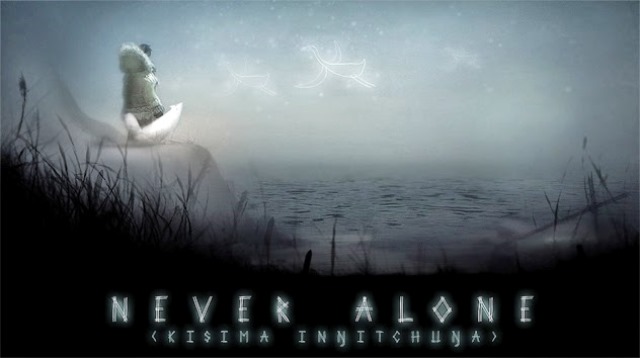