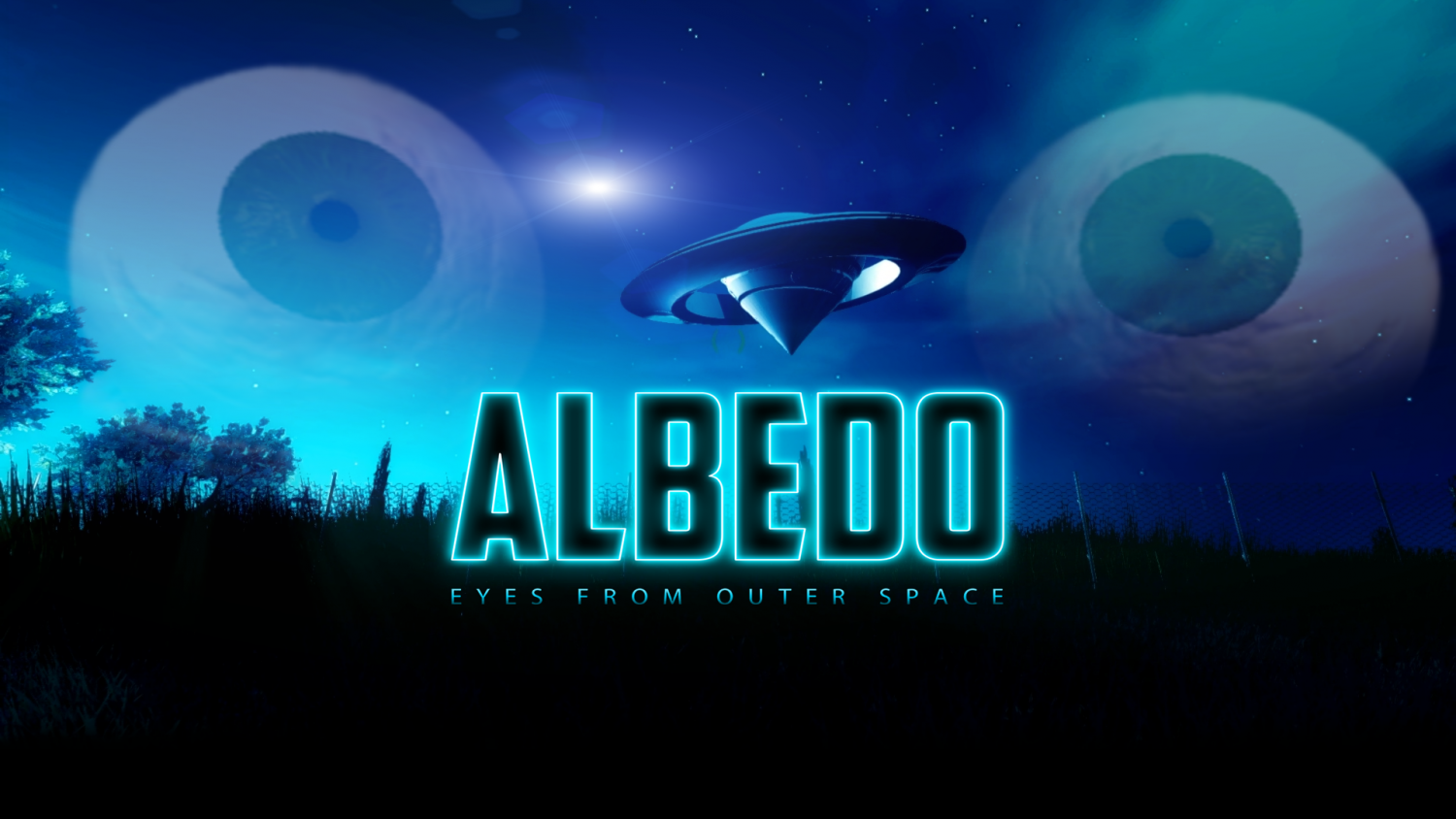 Albedo: Eyes from Outer Space review: Robots and eyeballs and zombies, oh my

Albedo: Eyes from Outer Space review: Robots and eyeballs and zombies, oh my

The year is 2063; you are John T. Longy, an employee of a secret space and time research facility in the middle of nowhere. As you sit around reading a comic about an alien invasion, suddenly there are explosions, and everything goes black. You wake up in a destroyed basement with some kind of monster trying to break through the door, and you must figure out what just happened and how to survive.

This first-person shooter sci-fi escape puzzle is an intriguing and new way to kill a few hours. Developed by just a one-man-team (Z4G0), Albedo: Eyes from Outer Space offers over 100 objects to interact with, 20 different rooms to explore and several challenging puzzles. This game is styled after ’60s sci-fi movies: cheesy and suspenseful with unique characters like space-robot, eyeball-plant-monster and astronaut-zombie. 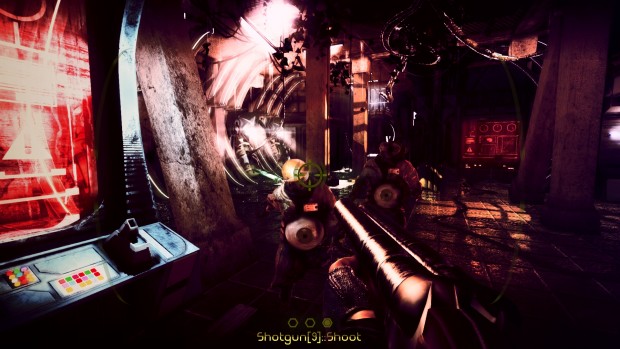 Challenging puzzles — Each puzzle in this game offers a unique challenge: dislodging objects, picking locks and shifting pieces like a sliding puzzle. These puzzles took some trial-and-error, but also required a strategic and logical process. It was always a fun addition to the game when I would be interacting with different objects and suddenly enter into a new puzzle to solve; it added an extra sense of completion.

Blunt dialogue — Throughout the game, you interact with dozens of objects. There’s a wide variety of objects you can throw, observe and even eat. By using the “observe” function, a few items will give clues on how to use them to continue the game, but most give basic descriptions: “a lamp,” “a brick” and, my favorite, “an eye.” This adds to the cheesiness that is part of Albedo‘s foundation. 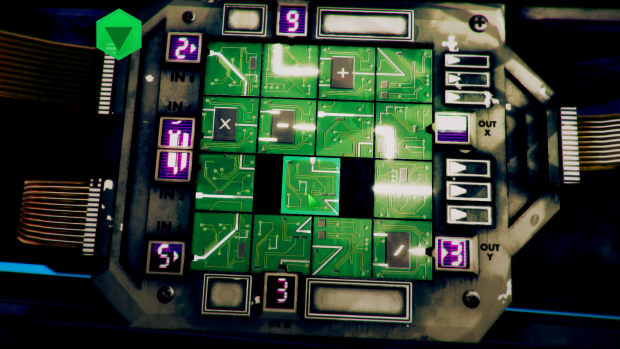 Game length — Playing through on Normal difficulty, I completed the entire game in just under six hours, though it stands to reason that on higher difficulties it would take longer to complete. If the higher difficulties added additional puzzles or made the current puzzles harder, it might be worth another playthrough, but, besides Achievements, there is no strong pull to replay the same game with the same puzzles. As it stands, the higher difficulties merely reduce your health and eliminate the hint system.

Lack of clear direction — Speaking of the hint system, even on Normal difficulty it did not seem especially helpful. It highlights objects that you can interact with at some point but doesn’t suggest in the slightest what to do with them. One memorable example was in a room with an eyeball monster trying to attack you. As long as you were on one of the two sets of stairs in the room, the monster could not get to you. You would throw snails to distract it and quickly explore the room. The hint given was something along the lines of, “maybe I can distract the monster.” What you needed to do was get a helmet, replace the battery with the one you probably didn’t find in the previous room and fill a glove with oxygen. If you forgot the oxygen glove, you would have a really tough time in the next room. Sure, this adds length to the game, but it adds frustration and annoyance first. 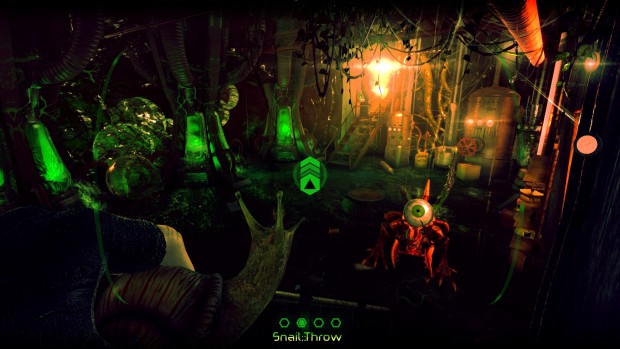 Albedo: Eyes from Outer Space is an intriguing and new way to kill a few hours… but that’s about it. The puzzles are incredibly enjoyable, but there just aren’t enough of them. Especially at a price tag of $14.99, six to eight hours of gameplay with no replay-value is simply not enough. If more puzzles are added and the hint system gets an adjustment, this could be an amazing game. My suggestion in the meantime: wait for a price drop to pick this one up.

Albedo: Eyes from Outer Space was developed by Z4G0 and published by Merge Games. It was released on January 20, 2016 for $14.99. A copy was provided by Merge Games for review purposes.