This Wednesday is full of explosions and destruction with DLC from both Raskulls (160 Microsoft points) and Bomberman (240 MP) and XBLA game Breach (1200 MP) all colliding with the Xbox Live marketplace. Each game is jam-packed with its own brand of destruction: take bricks apart in true action-puzzle-platform (or, what I refer to as, “platfuzzaction“) as you race your friends or the A.I. in Raskulls; blow your friends to bits with all sorts of power ups on a whole slew of inventive maps in Bomberman; or approach each combat situation tactically, complete the objective and blow up some walls in Breach. No matter what your style of gaming is, guaranteed this XBLA Wednesday has a destruction-infused game to suit your needs. Breach brings incredibly deep destruction paired with team tactics and awesome game modes to the XBLA in style. Get ready for eight versus eight matches in some environments fabricated entirely for this game, though they look pretty darn real. Players choose from five classes and go at it in objective modes like Infiltration or the unique Convoy type, or perhaps team deathmatch for kills and Sole Survivor to be the last team members standing; don’t get caught sleeping behind a wall, it just might get blown up. If you’re into the shooter scene, give this game a whirl! For a full analysis, check out our review.

Bomberman’s Bomb-Up Pack 3 comes out today for a mere $2 in true Bomberman style with another two maps and two more costume sets. Goad your friends with tantalizing red flags as Señor Bombalona the Matador or take them out on the range as Old Macbombald. Pack 3 brings with it some zen and reincarnation with Dojo and Resurrection. On Dojo, spears shoot up from traps on the ground when the gong sounds, so be careful, while Resurrection grants the gift of life after death- once. Pack 3’s achievement Revenge is So Sweet requires you to take revenge on Resurrection for 25g, bringing Bomberman’s total to 250g. 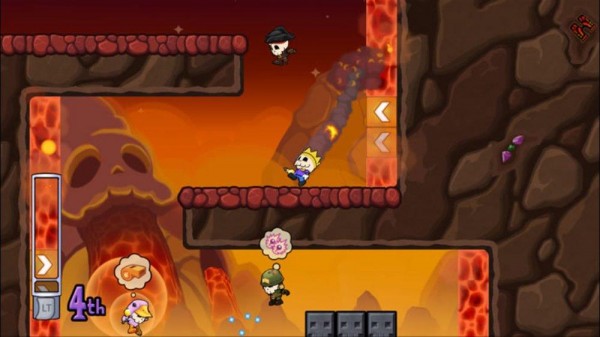 Raskulls DLC makes its debut with Raskulls Reinforcements 1. The best part about this DLC is that it implies even more DLC, and that’s down right exciting. On that note, Shiny Stone Cup sports some longer maps and very intense, thought-out sequences. The new cup takes advantage of all Raskulls has to offer with another water map and by-far my favorite fire map to date. This pack also brings another four raskulls to the table including Viking, Kitten, Astronaut and the bearded Pirat henchman. All this and three more achievements for your Raskully pleasure.

That’s it for XBLA Wednesday, but don’t forget that there’s also tons of sales going on as well. Today’s purchases come out to 1600 MP and are definitely explosion heavy, so if you’re a fan of fun casual action/puzzlers pick up those DLC packs, or if you’re into first person shooters and military tactics, give Breach a try.