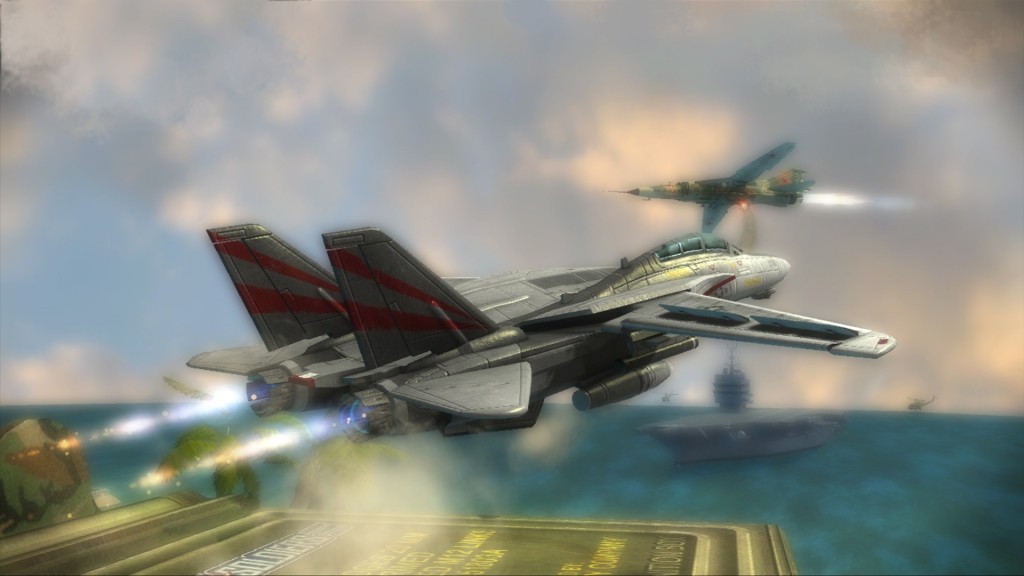 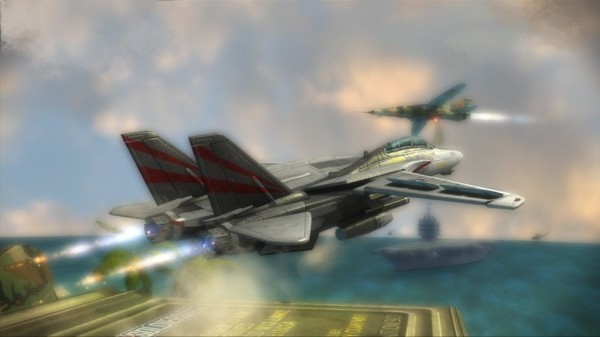 Every promotion has an end, every Summer of Arcade a final game in the lineup, and this year’s anchor is Toy Soldiers: Cold War. Toy Soldiers: Cold War is a sequel to Toy soldiers, a real time strategy game where players place down a variety of towers to defend a base from waves of enemy soldiers and armor. However, as a tower defense game, Toy Soldiers goes above and beyond the call of duty allowing players not only to place towers, but to use them in first-person. They also jump into land and air vehicles to really get a feel for the battlefield.

Toy Soldiers: Cold War brings with it tons of gameplay changes, improvements and expansions. Of course, the game has the typical machine guns, mortars and anti-air, but new to the game are anti-tank and makeshift weapons.

The anti-tank turret has a cannon-cam that allows you to guide each shot you fire. The makeshift weapons, which replace the chemical weapons from the original game, are a result of the toy soldiers getting their hands on all sorts of everyday household items like bug spray or an aerosol can with a match in front of it used to create a flamethrower. Also new to the game are helicopters, which feature a much more refined and accessible control scheme over the first game. To balance out their ease of use, they also have battery life, which can be refilled by collecting pickups scattered throughout the level or by landing the vehicle again. Even if the vehicle blows up due to running out of batteries, it’ll come back and charge up slowly. 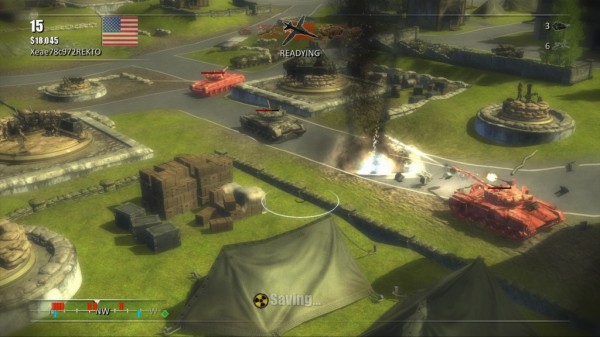 A staple in any wave-based tower defense game is preparation; it’s always important not only to be prepared as a player, but for the game to facilitate your preparedness. As such, before each wave you can see the sort of enemies that will be attacking as well as what will be showing up down the line so that proper defenses can be laid down or upgraded. Along with being able to see what enemies are showing up, when the wave starts the game highlights their locations so if there are transport helicopters dropping in troops (a new feature for Toy Soldiers: Cold War), you can know where to look to take them out quickly. Progression-wise the earlier levels feature easier enemies—mostly soldiers and lighter armor—but also less potent towers. As the game ramps up, more tools become available as well as more enemies to test their abilities.

Another new mechanic in TS: Cold War is lucky stars. Lucky stars show up above certain enemies and are only redeemable by defeating those enemies using a tower in first-person mode. Players are rewarded for capturing these stars with barrages. Barrages behave like a slot machine of super powerful weaponry and are rewarded for getting lucky stars or achieving high multipliers.

We got to use the artillery barrage, which comes from off-screen and destroys almost everything on the map. There’s also a commando soldier that drops in from the sky in his action figure packaging wielding a minigun and a rocket launcher (with ammo draped across his chest in true Rambo fashion), an AC130, a nuclear bomb, and DLC surprises planned for barrages as well. The sheer power of the various barrages isn’t some careless side effect of thinking big; Signal Games tooled barrages in this fashion to reward players for getting into the first-person mode and experiencing that aspect of the game. 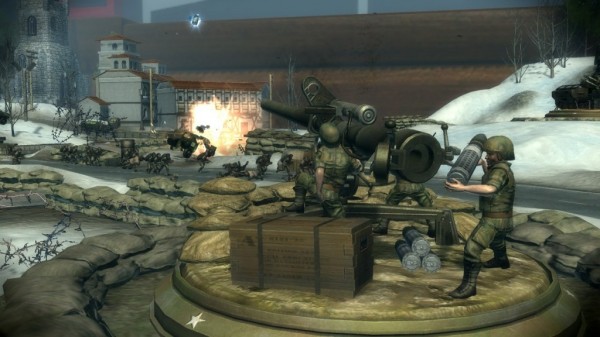 The commando is a great example of the “toy” aspect of Toy Soldiers that supplements the “soldiers” part at every turn; but it doesn’t stop there. Panning around the room will show all sorts of household items along the outside of the map such as a VHS tape or an ash tray. In the distance, large chairs and other furniture can be seen, which really helps deliver that immersion into the mind of a kid playing with his or her toy soldiers. Alongside that is a new tilt-shift camera feature that allows players to pause the game at any moment and look around the battlefield, frozen in time—resulting in some of the most impressive dioramas history teachers will ever see.

One of the biggest and best additions is cooperative gameplay with another friend on your couch or on Xbox Live. The entire game can be played that way to help with higher difficulties or to help out the less strategy-minded. The game doesn’t scale for co-op—an intentional choice by Signal designers. The first game was pretty difficult—some people even felt it was too difficult—so the co-op is there to help encourage completion and make the levels easier. A new feature for both the experienced and the nubile to take advantage of is the wave-list rewind. After each wave the game saves progress, so if at a later state it feels like things are out of hand due to a previous decision, players can rewind to that point and change their game plan instead of being forced to restart the whole level.

However, those seeking a challenge will enjoy TS: Cold War’s elite mode wherein none of the platforms fire at enemies automatically (they must all be utilized manually). When cooperating in this mode, teamwork is very much encouraged. It’s an ambitious mode that strategy fans will love. 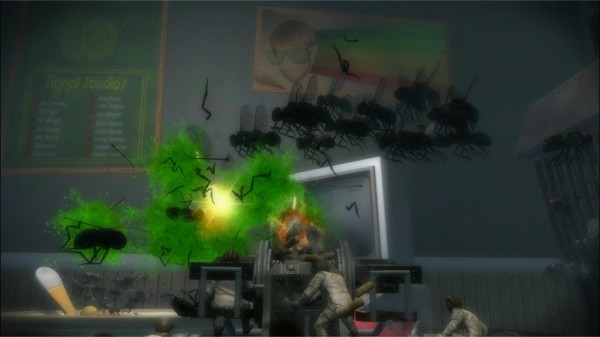 That might seem like plenty of additions for a sequel, but the new features don’t stop there. The game features a full campaign that can be experienced single player and cooperatively, a versus mode, survival modes, and yet another new addition: minigames. Signal has taken various aspects of the main game and compartmentalized them into their own games, like using the shell-cam to guide rockets into enemies, or ripping things to shreds with just the AC130. Some parts of the campaign might be fan favorites, but not always available; these are bound to pop up in the minigames.

Toy Soldiers: Cold War is every bit the successor to Toy Soldiers and expands on its gameplay at nearly every turn. More thematic richness, tons of new features and modes, and everything that made the first one great returns here. Look forward to this title anchoring this year’s Summer of Arcade on August 17, 2011.