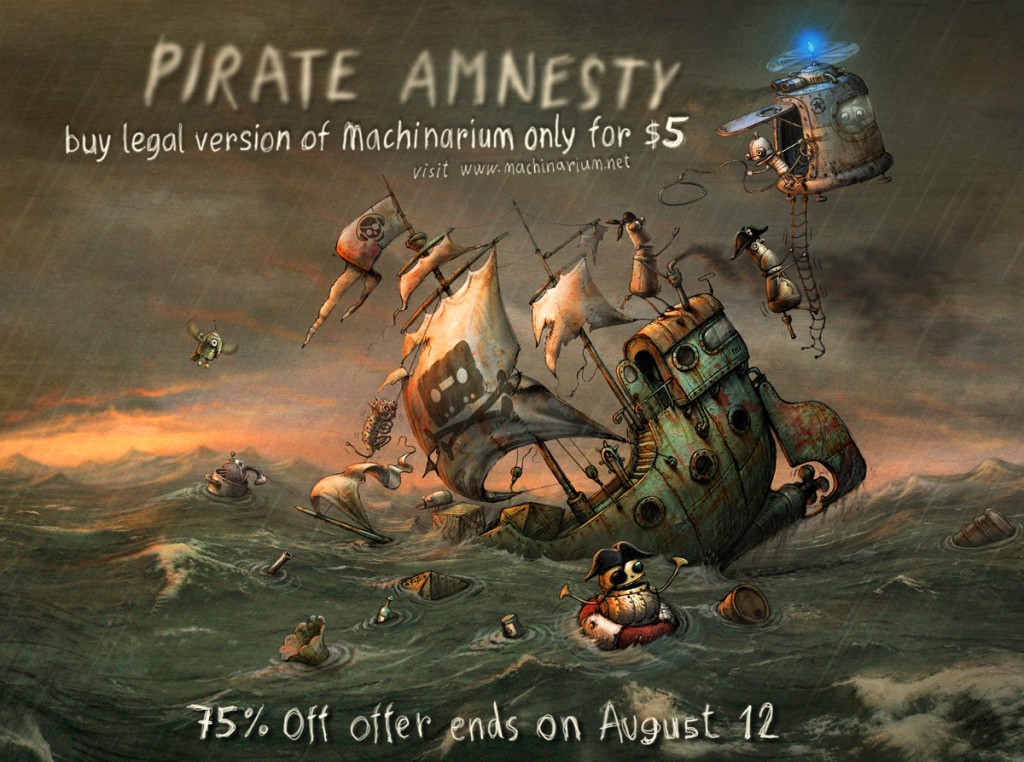 It’s been a while since we broke the big news that Czech studio Amanita Design will not be bringing their beautiful adventure game to XBLA. With the high piracy rate the game is currently experiencing on the PC, the developers decided it was time for a Pirate Amnesty Sale aka. ‘Now’s the time for all of us to make up for the lack of an XBLA version and make due with a 75% discount on the PC version’.