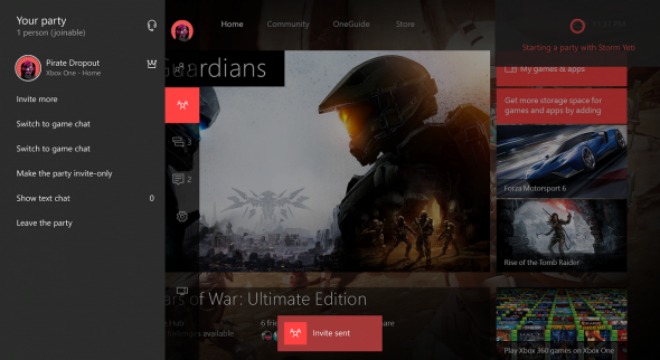 Summer vacation may be coming to an end, but the Xbox One summer update is just beginning. Improving a considerable amount of applications while adding some long-awaited features like Cortana to the Xbox One Experience.

Background Music – Players are finally able to game to the sound of their own beat with background music. It allows you listen to your music while gaming on Xbox One. The Pandora app, launching later, will be the first app to utilize this feature with more popular apps like iHeartRadio being added later.

Cortana on Xbox One – Is currently available in the U.S. and U.K. and gives Xbox one owners an improved voice command control and options. Cortana utilizes a greater vocabulary and understanding of language allowing you to find new games, see what your friends are up to, start a party, accomplish common tasks, and turn on your Xbox One if you’re using Kinect. Unlike before you can now use your head said to voice commands and navigate the dashboard.

Improved Game Collection – The Game Collection interface has been improved to make it faster to find and launch the games you’re searching for. Players are now able to sort, manage, and see their collection quickly with access to their own ‘Ready to Install’ tab. While updating games or apps using the new ‘Updates’ tab.

Xbox and Windows Store convergence – The Xbox Store and Windows Store are merging to create a single experience across devices. Players are able read reviews by gamers, filter search results and interact with the community through a simplified interface.

Top Windows 10 PC games show up on Xbox Live – Windows 10 is taking PC games like League of Legends and XCOM 2 and giving them their own game hubs on Xbox Live. With the Xbox Live it doesn’t matter if  you’re playing on PC, Xbox One, or mobile phone players will be able to interact with friends and share what they are doing across all the devices.

For a full list of all the updates and more Xbox One Summer madness visit Xbox Wire and upgrade your system today.