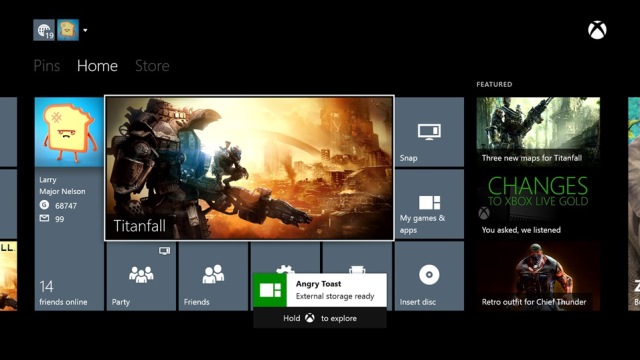 As was previously announced, the June update will also see the end of gaming and entertainment apps living behind the Xbox Live Gold paywall. All Live users will be able to access Xbox One applications without paying Microsoft for a subscription. In order to continue pushing the benefits of Gold membership, a new hub showcasing Games with Gold, Deals with Gold and other membership benefits will find its way onto the Xbox One dashboard.

SmartGlass will see some changes as well. The entirety of OneGuide and Universal Remote Control capabilities will come to the second-screen program.

Microsoft’s Larry “Major Nelson” Hryb says that if you’re in a supported market you will be able to “view all of your TV listings on your SmartGlass device and set and view your favorite channels and app channels on your smart phone, tablet or PC. With the Universal Remote Control, you can also easily switch channels, set new recordings and select and control recorded content from your DVR. Another great companion feature now in SmartGlass is pin reordering. With the touch of your finger you can easily organize your pins in categories or favorites based on your preferences and have those changes refresh to your console.”

New update options will also make their way into SmartGlass, giving users the ability to keep tabs on their friends list activity when they’re away from their consoles.

Owners residing in Canada, UK, France, Germany, Spain and Italy will also gain access to OneGuide and TV functionality. The settings for this functionality has been upgraded to bring superior power management and device control as well as improved compatibility on more devices.

Finally, it will be possible to pick an account for automatic sign-in upon system power up, a feature that is already available on the Xbox 360 console.