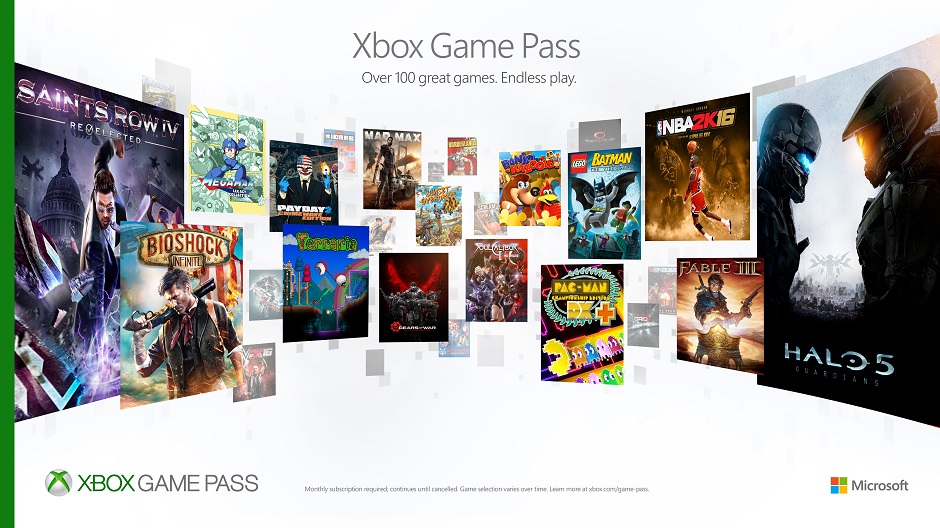 Having been announced earlier this year and only being tested by Xbox Insiders since, it’s finally time for Microsoft’s new subscription service to step out of the shadows. Xbox Game Pass will be available to all Xbox Live users, silver and gold alike, starting June 1. Subscribers will be given access to over 100 games, from triple-A releases to ID@Xbox titles to backwards-compatible Xbox 360 games, all of which can be downloaded and played on Xbox One. The catalog will be updated every month, offering new experiences for long-time subscribers. If you find a game so good you just have to keep it, members get an exclusive discount on any game and related add-ons so long as the game remains in the catalog. To see what games are currently on the service, check out the full list at xbox.com/gamepass.

Starting today, Xbox Live Gold members will get early access to Xbox Game Pass. Users can try out the service before they buy with a 14-day free trial. If you’re left wanting more afterwards, you can subscribe to the service for $9.99 a month. Memberships can only be bought online at the moment, with retail options coming later this year.