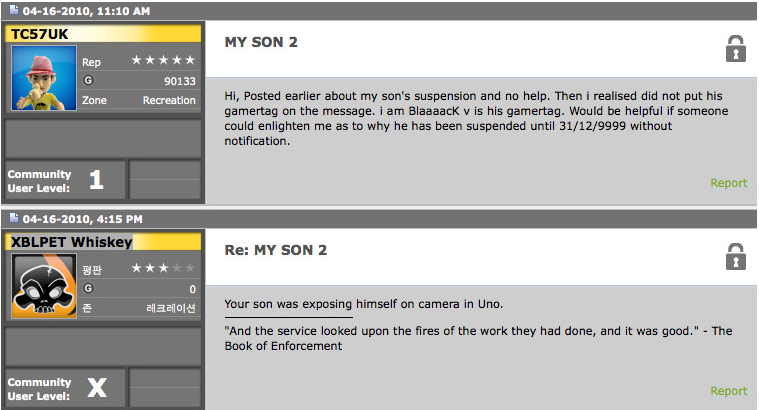 Boy banned from Xbox Live until the year 9999

Getting banned from Xbox Live until the year 9999 is no small feat. Then again, giving someone an Xbox 360 webcam, an internet connection and anonymity can yield surprising results. Kotaku reported on a story earlier today where a father went to the official Xbox 360 forums for an explanation as to why his son was banned from Xbox Live just short of forever. 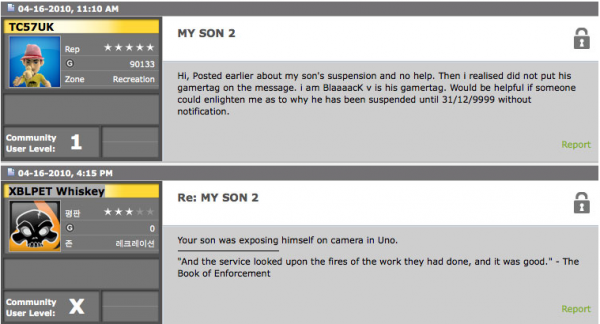 “Would be helpful if someone could enlighten me as to why he has been suspended until 31/12/9999 without notification,” pleaded user TC57UK. Microsoft was short and prompt with a response, telling the parent that their sun exposed himself while playing Uno. So let this be an important lesson, kids: the next time you feel like exposing yourself in Uno, remember that it’s not only quite inappropriate, but Microsoft is watching and will swiftly lay down the banhammer.