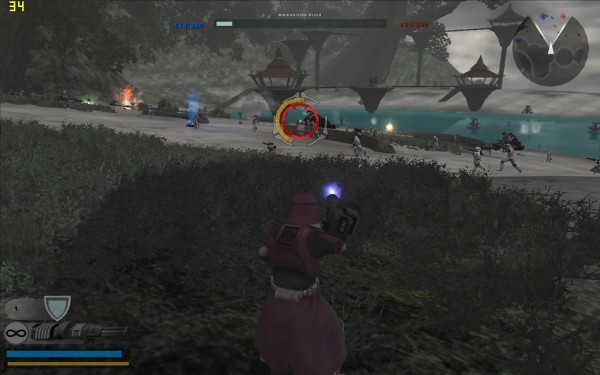 A sprinkle of HD – Battlefront Arcade wouldn’t need much to stand as a strong XBLA title. Those who’ve played Star Wars Battlefront II on the original Xbox know it was one of the best looking games of that generation. A simple port with 1080p support would suffice with a few minor updates. For instance, while most of the game’s character models look great, Anakin, Obi-Wan, Dooku and Mace Windu just look awful. LucasArts has a deep vault of models they can pull from previous games to replace them, thus cutting production costs.

Expand replayability – Fans mods have extended the game past its original shelf life on the PC. Mods such as The Dark Times and the Star Wars Battlefront Conversion Pack have added new gameplay dynamics. Fan-based modes such as Order 66, which pits clone troopers against jedi, Holocron, a team-based capture and hold mode, Jedi CTF and others would breathe new life into the game. Combine these modes with all the levels from the first two Battlefronts and you’ve got yourself a 1200MSP game. The promise of DLC would further bring incentive to players to purchase the game. Core gameplay on the original engine – The fact is no XBLA title can be expected to fulfill the dreams of every player. That being said it stands to reason that the original engine should be used, as that’s what players are familiar with. Sure, LucasArts would have to dig it up and purchase the rights from the remains of the now-defunct Pandemic Studios, but the familiarity will bring players back to their beloved franchise.

The Xbox-era visuals – Aside from the aforementioned HD upgrades, the game can easily stand on its own as a fun, decent looking XBLA title. The emphasis with XBLA titles will always be fun over looks. If it’s not fun, nobody cares if it’s pretty. So LucasArts should focus on the amount of content, not the visual quality. More levels at the current visual scale means more replayability, more enjoyment, and frankly cheaper development costs, which means more profit in the end. 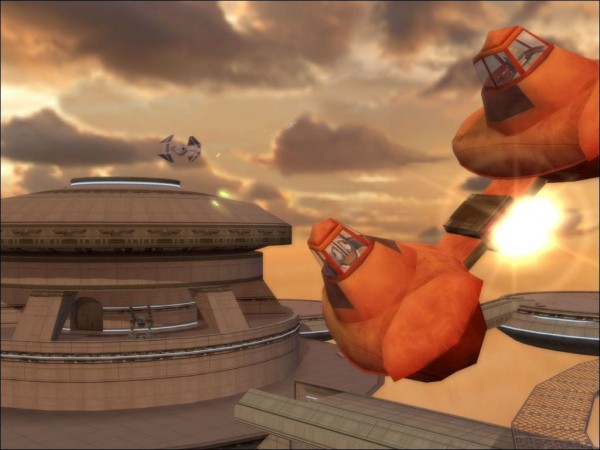