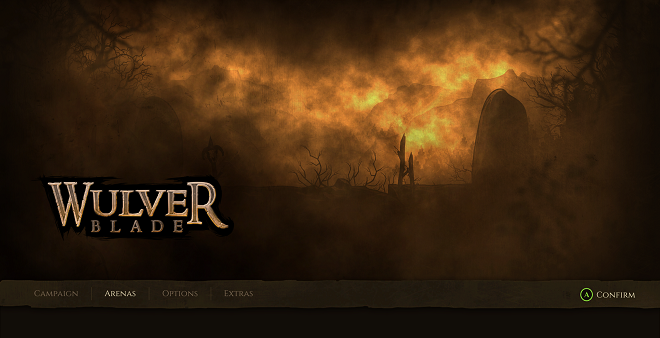 At its height, the Roman Empire was one of the most powerful civilizations the world had known up to that time. The Roman influence spread across Europe, frequently at the point of a spear or sword. As one might expect, some indigenous populations weren’t too happy about these interlopers, notably the inhabitants of what we know today as the British Isles. Where Xbox One launch title Ryse: Son of Rome looked at this era from the Roman side of the equation using cutting-edge, realistic animation, Fully Illustrated and Darkwind Media opted for the exact opposite with their new hack-and-slash brawler, Wulverblade.

Choosing one of three warriors and using anything you get your hands on – swords, spears, body parts – you and a friend (if you choose) take on neighboring hostile tribes and the mighty Roman Empire to protect your homeland. And in the process, you just might learn something … no, really, you might. 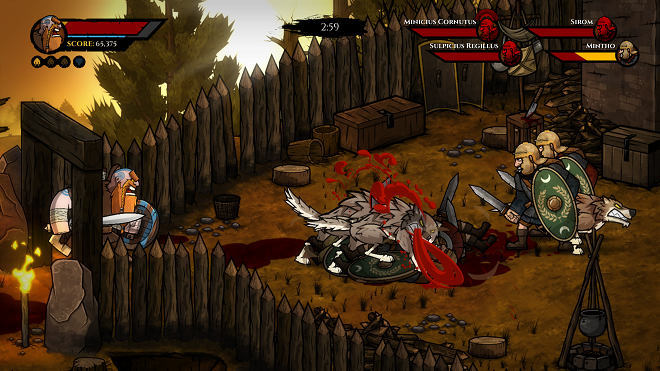 A dash of history – As you play, you’ll encounter a wide range of pick-ups, including the usuals for additional health, points and new weapons. From time to time, however, you may actually pick up some knowledge, as collecting a new item for the first time could launch a historical footnote on the game’s era. Compiled by one of the team members who happened to be an amateur historian, these vignettes provide both timely interludes in the action and some fascinating history. When levels are completed, your world map may have additional clips and notes that you can explore. Fortunately, the historical references can be reviewed later from the Extras menu, so you won’t miss them if you’re in the zone and don’t want the game interrupted.

Multiple rulesets – Most games of this type have multiple game modes (and Wulverblade is no exception, with the story and arena modes), but Fully Illustrated has given players additional ways to play through the main game itself. The first two are available at the start, with a third that can be unlocked later. Most players will opt for the first setting, which gives them unlimited continues and the ability to pick up at the last checkpoint. If you like your challenge old-school, choose arcade mode, which gives you three lives and three additional credits to get as far as you can. You’ll get the same story elements in each mode, and switching, for instance, from standard to arcade won’t mess up your progress.

Improved combo system – Wulverblade is not the first game to offer a combo system, where players can chain together multiple attacks for bonus points. However, it is one of the first I’ve found that does not give the combo a cooldown period. If you slay a number of enemies and have 45 hits in total, then arrive at a cutscene or other pause in the gameplay action, that combo will continue with your next attack on the next opponent. The only thing that shuts down the combo is being hit by an enemy attack.

Bold audio/visuals – As noted earlier, Wulverblade may share the same general era as Ryse, but their styles are entirely different. Here, you’ll find huge, colorful hand-drawn characters against a cartooned impression of ancient Britain, all with smooth and fluid animation. The game is just as good on the ears as on the eyes, with excellent voice-over work and a soundtrack that would be right at home in Braveheart or Game of Thrones. 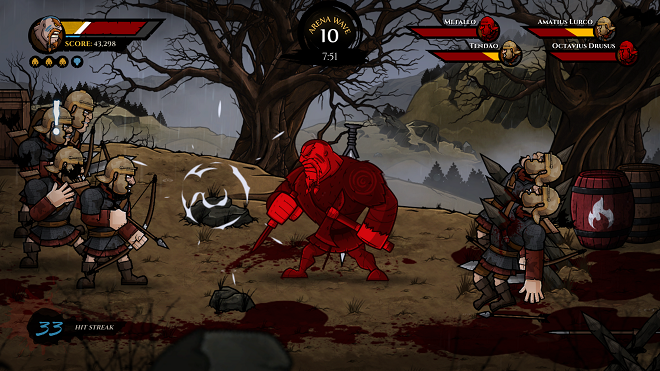 Special attack system – Our heroes have multiple special attacks, useful for a number of occasions. Unfortunately, while they are indeed useful, they can be sources of frustration. One is the common “get-away-from-me” attack that you can use while surrounded, at the cost of a fraction of your life meter, which is effective and practical. The others, however, are hamstrung by design. Once per level, you can sic a pack of wolves on your enemies; it works, but levels are HUGE, so if you use it early, you could be in trouble later. Even if you lose a life, you won’t get another use of it until the next level. Last is the rage meter – defeating enemies builds it, as do some pickups. When it peaks, your character will appear charged with electricity. Unleashing the attack makes you invulnerable for a period as you bullet-time your way through your enemies like a rogue food processor, and as a bonus, you can even recharge a bit of health. But that meter only lasts as long as you’re alive… if you lose a life, you lose all of the rage you’d built to that point (even if it’s full and unused) and must start anew. I’m guessing the developers chose that loss to offset the health regen bonus. 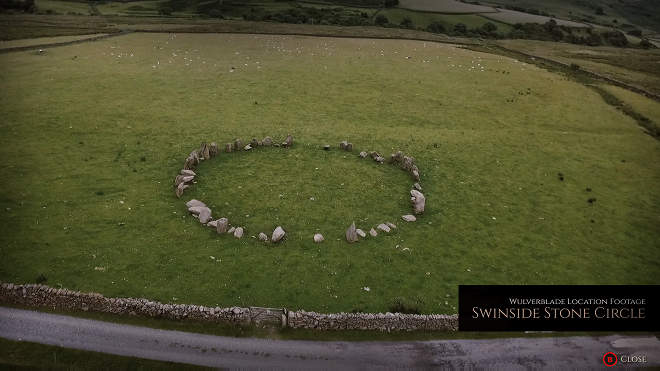 Wulverblade is a great hack-and-slash adventure, despite its few annoyances. The price is right, the game is exceptionally well done and most importantly it truly seeks to enlighten the player to a turbulent period in British history. The amount of effort put into the historical notes is as much a labor of love as the game itself, so take the time to review them. Grab your blue face paint and your favorite armament (or arm, whichever), and show those Romans whose empire it really is.

Wulverblade was developed by Fully Illustrated and published by Darkwind Media. It was released on January 30, 2018, for $14.99. The reviewer used a personal copy of the game for the purpose of this review.

Read More
Get to know the ID@Xbox games of E3: Part V