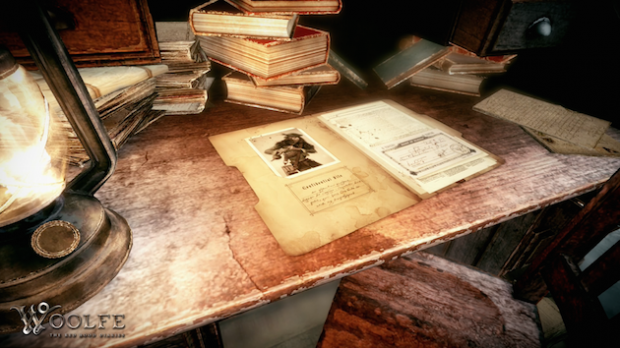 Woolfe: The Red Hood Diaries is loosely based on the child’s tale Red Riding Hood. You play as the hood herself, Red, but instead of the Big Bad Wolf, you have a man named Woolfe who owns a very large company, kind of like the early manufacturing giants from the Industrial Revolution. Red’s dad worked there until he died from an accident — or so Red was told.

Whatever happened, some new detail about her father’s death compels Red into an adventure to Granny’s house. “In the old fairy tales, [Red Riding Hood was] meant to warn girls about bad men, so we changed that a little bit,” explained Wim Wouters, a GRIN founder. “So we updated it to a clichéd modern time version that was very clichéd still — fairy tales should have a lot of clichés in them. Now we’re warning people in general about the bad industries.”

Red travels through caverns, sewers, forests, mountains, villages and buildings, all of which look stunning. Each set piece is its own level that focuses on different mechanics of the game. A deep sewer requires puzzle solving and speed. The forest requires perfect platforming. A wide-open lake focused more on exploring and dialogue. Each aspect of the game gets a chance to shine, which keeps things fresh around every corner.

GRIN actually calls Woolfe a 2.5D platformer because the linear levels generally flow left to right. The fixed camera follows you through the stages for the best vantage point and retains 3D for occasional variation through the depth, but otherwise your journey is two-dimensional. Three-dimensional platformers tend to be more open world and free roaming, like many of the modern Mario platformers, and that’s not what this is. 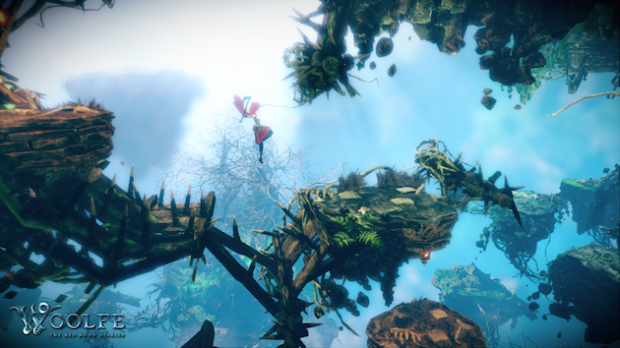 In any case, Woolfe: The Red Hood Diaries sends you on a narrative journey driven by obstacles to clear. It requires coordination, timing, and a lot of patience. When a moving platform is just out of reach, you have to know to stay put, because you’ll miss it if you jump. Otherwise you’ll fall and go back to the last checkpoint, and checkpoints aren’t as common here as they tend to be in most modern games. If you can’t wait for a few seconds, you’ll have to work for a minute.

And that’s what might confuse people who didn’t grow up with these games. Woolfe is meant to be a throwback to a genre that got snuffed out by gritty, photo-realistic kill-a-thons and two-dimensional modern classics from indie developers. You’re not constantly rewarded with experience points and combo counters; you’re rewarded with survival and wonder.

If you’re a seasoned platforming veteran, you’ll feel right at home hopping the gaps. You’ll climb hand-over-hand on ledges, jump onto moving platforms, dodge traps, walk across planks and rush through the door before the timed switch flips it closed. If you fall, you’ll have to go back and do it again. It can be frustrating to have to retread your ground, but it’s equally rewarding when you’re gracefully floating through the air above spike pits, endless chasms and the infinite abyss of death. 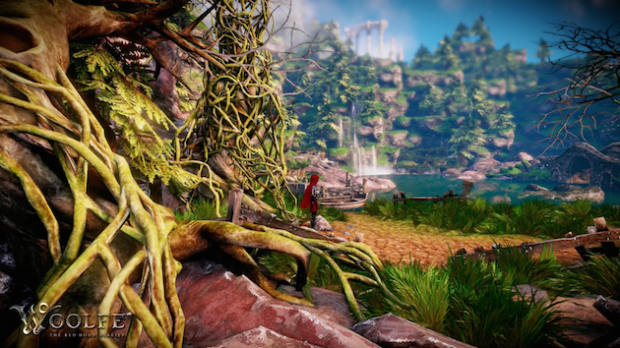 But don’t float too quickly, because Woolfe has some amazing backdrops to its hurdles. The enchanted forest is twisted and warped by dark magic; the village feels old and dignified; and a bright lake in a valley offers respite after so much tension. It’s worth letting the traps wait a moment to observe how much detail there is.

You wouldn’t know it at first glance, but this game has been made by only five people. Wouters explained: “As an indie game, we’re not trying to focus too much on vector-based or pixel art things, we’re going to the opposite actually. It’s been a challenge because we’re such a small team. To get the detail that we wanted within the timeframe and the budget, we don’t have a publisher or anything. We’re self-financing.” But they’ve pulled it off. Somehow, they’ve crafted a stunning world that just a few generations ago would have taken a hundred people a year to match.

Woolfe: The Red Hood Diaries isn’t the indie game you’re used to. It’s a new iteration of a triple-A game you would have scrambled for not long ago.

Woolfe releases in two volumes on PC before it hits Xbox One. We don’t know yet if the game will release in both volumes or as one package or how much they will cost, but it is coming soon. 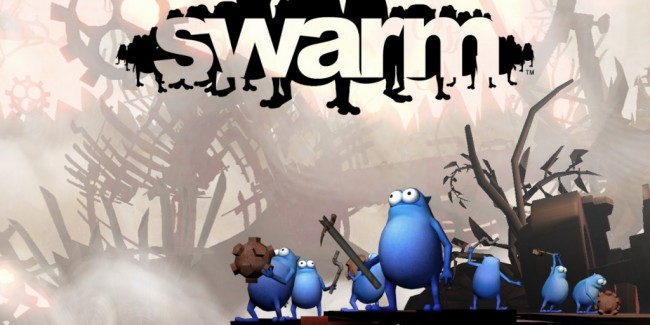