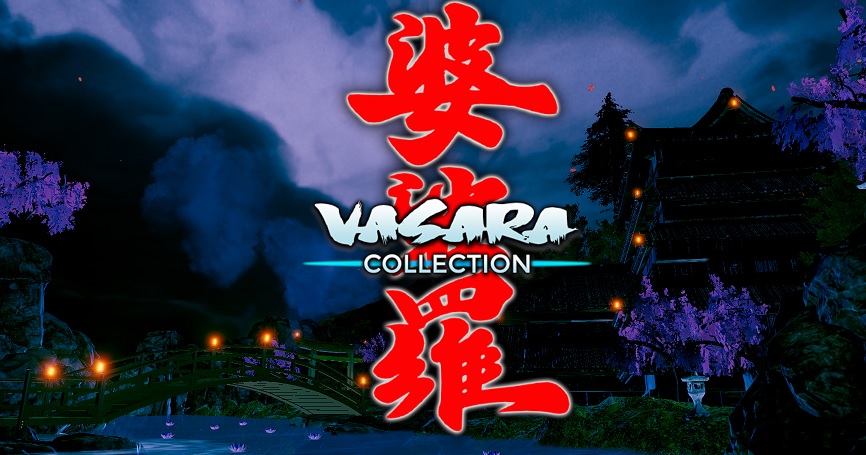 The Vasara Collection contains two shmup games that came out in the years 2000 and 2001. Besides the classics, you also get a mode called “timeless” that sort of recreates the games with better graphics. The story takes place in 17th century Japan, in an alternate universe. While still going for the old art style, it takes place in the skies with mechs and robots. The collection offers various modes and you’re able to customize a decent amount of the settings, including adding credits so that you can continue. If you have multiple people playing, you can play with up to four players. Like most shmups, you’ll be hard pressed to survive a storm of bullets at all times.

Timeless Mode — After playing what I thought was a simply a re-release, I found out this mode lets you play full screen and the graphics are enhanced. I was pleased because I was not enjoying the classic version at all. I’m sure I would have thought it was cool 20 years ago but it didn’t seem to age well. This is my mode of choice! It is much better because you can actually see the bullets and you die less. There’s plenty of room to move around and allows you to get used to bullet patterns. It’s still difficult – but at least it looks nice.

Unique Characters — Each hero has a different ship with various speed and power stats. They fire different strings of bullets and when powered up, they actually have a secondary weapon like fans or swords. It allows you to play with different styles and you can easily find a favorite. It was fun experimenting with each character, especially in the Timeless Mode where you have more room to work in. There’s one unlockable hero that I wasn’t able to play because you have to beat the classic mode and I doubt that will ever happen.

Get to the Point — Starting a new game seems to take way too long. You start and must watch the cutscene without skipping it. If you change any options, the game must restart to change these settings. A lot of time seems wasted on just getting things started. When you get to a boss, it’s super annoying. You basically have to wait while a banner goes across the screen with some dialogue. This stays true in Timeless Mode, which just gets annoying because of how many times you encounter bosses. I felt like that could have been adjusted somehow.

Challenging On Easy — This won’t be a popular opinion, but the easy mode is still extremely difficult. People love to feel accomplished at completing an extremely challenging game. There is an easy mode which is described as a “training for new shmup fans”. It’s true, you can have unlimited continues and die as much as you want. And die you will, wondering how you would ever complete missions without this advantage. The final stage does not allow you to continue where you left off. Instead, you must start all over again. This can be really frustrating for beginners who were given a free pass and then it’s suddenly swiped away and they cannot enjoy the game’s ending. It felt like I should be playing in an arcade, dying endlessly and emptying my quarters to continue. Once I reached the end, I was surprised I couldn’t keep going. It’s like my patience was the quarters and I had finally run out, wondering why I spent it all in the first place.

Two Games in One — I could be thrown into any level of either game and not be able to tell you which I was playing. They blend in so much it doesn’t feel like you got a two in one package. It’s more like DLC was added. Nothing new seems added to the sequel, which was a disappointment. While Timeless Mode is cool, it also doesn’t allow you to explore the originals in the same light. Instead, it serves as a level rush mode that has you fighting random bosses while staring on random stages. They just didn’t seem to add a whole lot to the overall experience. Maybe it’s just me being picky.

Without a doubt, I would not be missing anything if I skipped this collection. I didn’t miss out when they were originally released either. However, there is a strong contingent of shmup fans that will love it. The asking price is very fair, and if anyone enjoyed the originals they will appreciate the chance at not only playing the classics but the enhanced version as well. The Vasara Collection is a bit on the harder side, so anyone new to the genre will best spend their time elsewhere.

Vasara Collection was published and developed by QUByte Interactive on Xbox One. It was released on August 14, 2019, for $9.99. A copy was provided for review purposes.