Tumblestone is being hyped as the first original action-puzzle game of the past 15 years. It’s a bold and, perhaps, a somewhat foolhardy statement for a match-three puzzle game. Nevertheless, Tumblestone has gotten people talking thanks to its appearance on the conference circuit for the past few years. It’s been previewed well by various gaming sites and is being made free to Xbox Live Gold members as part of the July Games with Gold promotion. It even comes with a handy colorblind mode for those who need it. So is there really any reason not to play?

Easy to learn – Tumblestone is one of those easy-to-pick-up-and-play games. Players are challenged to match three blocks of the same color by shooting them from the bottom of the screen. Only upon successfully clearing a block can you access the blocks directly above. Looks, however, can be deceiving, and while it may be tempting to jump in blasting blocks at speed, the puzzles are pretty tough, often requiring you to plan out several moves before even taking a shot. The game won’t immediately tell you if you’ve made a mistake, and there’s often only one way to clear a board, so you can eventually hit a stalemate with a complete do-over required. Of course, when you do finally make it through, your hard work makes it all the more special

Difficult to master – Tumblestone comes with a hefty 360-level campaign set across 12 worlds and estimated to take around 40 hours to beat. Whilst the early rounds are designed to break you in gently, the difficulty soon ramps up with puzzles requiring some pretty deep thinking to solve. As the campaign progresses, you’re introduced to various game modifiers. These include as shot blockers, which switch off and on every other move, and column flippers, which turn the whole column upside down on the third shot. Progressing through the game took such serious brainpower that I felt like I was owed some sort of certificate of excellence rather than Achievement points. I expect Mensa’s phone call at any moment.

Party time – After practicing in campaign mode, you’ll want to get some friends and family over to show off your “mad skillz.” Tumblestone can be played online or offline with up to four players, or, if you’re feeling a bit less sociable, then each of the spots can be filled with bots of varying skill levels to either challenge you or make you feel like a genius. (In your face, Training Bot 1!). Since Tumblestone is about more than just reflexes, it’s accessible enough for your non-gaming friends to be able to join in. Competition can be fierce, with one wrong move seeing you starting the board over from scratch, so it’s often best to take your time or there’s every chance it’ll be old Aunt Mildred who’s doing the owning. 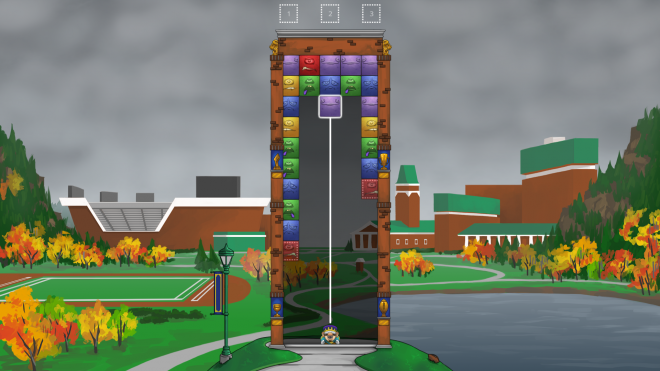 Where’s my Arcade Mode? – I was pretty disappointed to find that Tumblestone’s Arcade mode is an optional add-on. In fact, it actually feels like it’s been removed from the game, since you can still access the modes but can only play each for 60 seconds before being prompted to stump up some cash. Unfortunately, I wasn’t able to access the full add on at the time of review, but The Quantum Astrophysicists Guild have advised that it will only set you back $4.99. However, given the full game is already priced at $19.99, removing such a large portion of the game feels like a cheap money grab.

Locked away – Tumblestone comes with a pretty lengthy and often difficult campaign. Unless you’re some kind of puzzle professor, there’s likely to be times when you get stuck on a particular level. The game does provide skip tokens, but these are few and far between, and I have to admit that I still haven’t managed to make my way through all 360 levels the game comes with. As much as I was impressed with the challenge, like many gamers I was itching to make my mark in the multiplayer sections. Unfortunately, though, you can’t actually use the many game modifiers in your matches until you’ve unlocked each one by playing through campaign mode. This means that outside of the Daily Modifier multiplayer challenge, you’re stuck playing the basics until you or someone on your friends list completes the full game.

Weird story – Throughout the campaign mode players are treated to various cut-scenes to move along the Tumblestone story. However, unless you’re interested in how potato-shaped people deal with blocks falling from the sky, these are more likely to be a time waste than an entertainment source. (Tetris the movie should take note!) Perhaps if I was five I might have giggled and squirted milk through my nose at the inane, annoyingly lengthy and unskippable scenes, but as an adult I’d rather do without them. 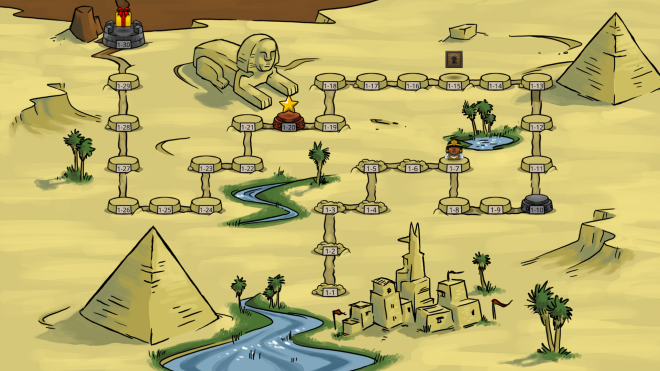 As much as I enjoyed Tumblestone, I can’t say that it blew me away like I was expecting. I was disappointed with the absence of an Arcade Mode, the mode I was most looking forward to. I can’t help but wonder if its exclusion was a cheeky move for paid DLC, since the rest of the game will be free as part of the Games with Gold program this month. Being such a difficult game, I expected Arcade to offer some light relief when stuck on a particularly hard puzzle; instead, there wasn’t much more to do except go away and have a think. Additionally, locking the multiplayer modifiers until they’re unlocked in campaign seems like a backwards step, especially when the game is being heavily promoted as a social experience. As it stands, if you’re already into the match-three puzzle genre then you’ll love sinking your teeth into Tumblestone. But for those who look upon their Candy Crush-loving friends with horror and bewilderment, I’m not sure this is going to be the one to change your mind. 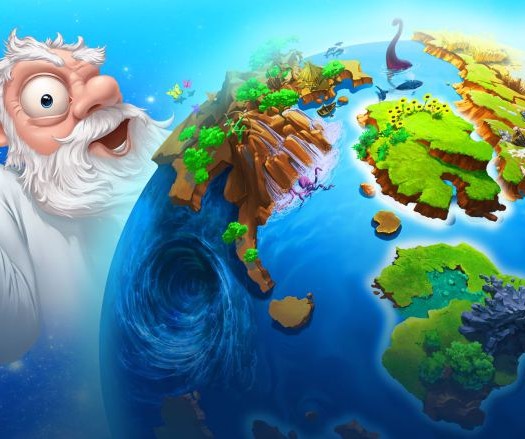 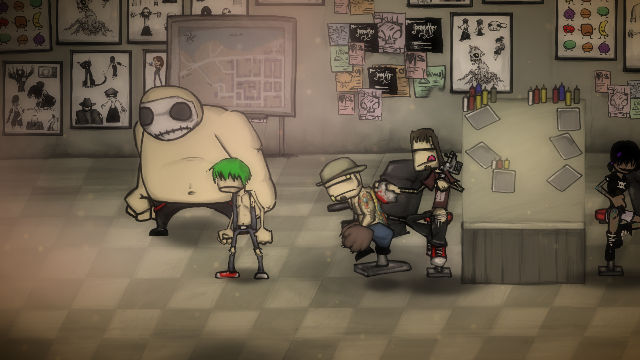