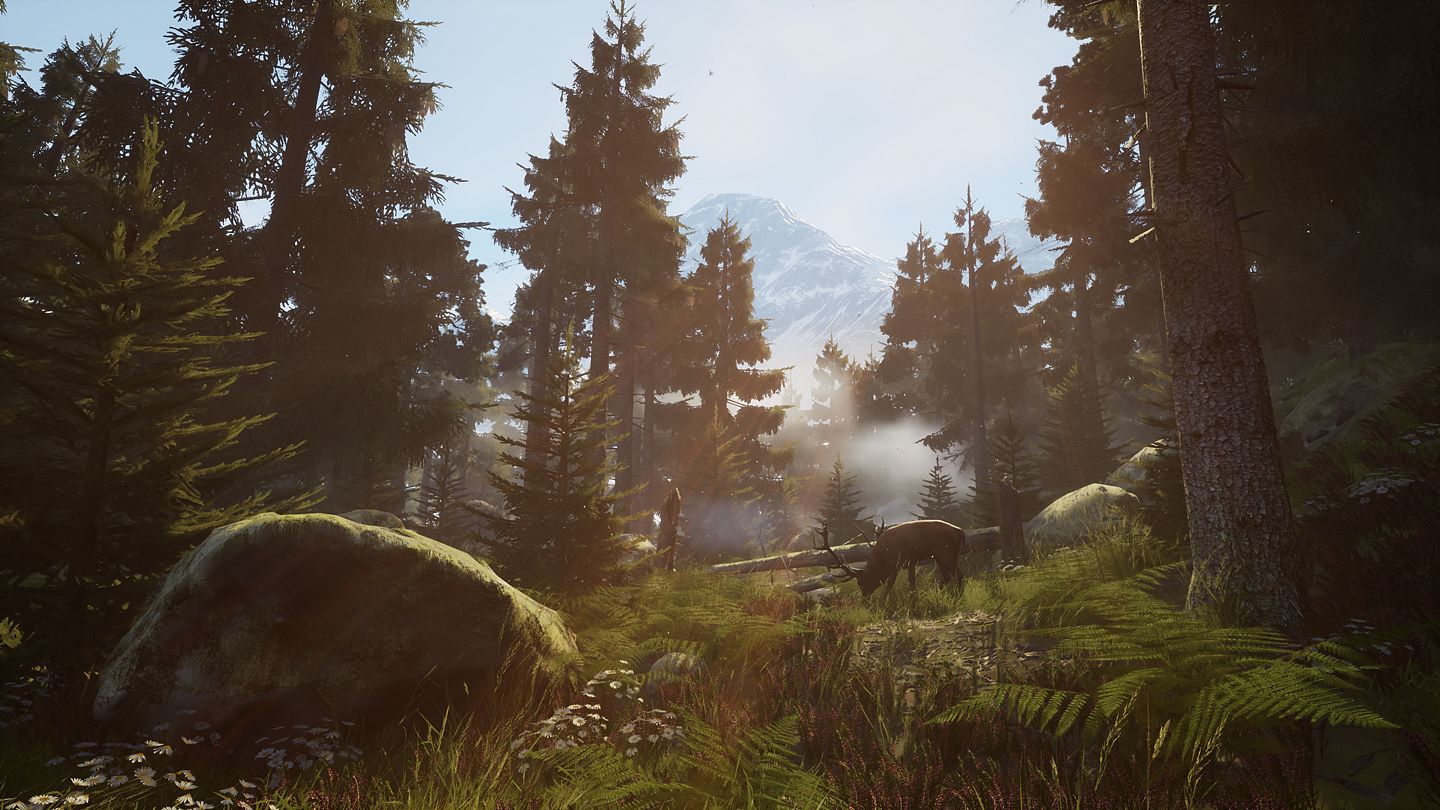 Another Tuesday is upon us and with it, another bunch of new indie releases. What better way to celebrate the last day of July than with the release of ten indie games. Yeah, you heard that right! Ten! Well, actually nine new games and an expansion. This week’s releases see a unique blend of different genres. 8 to Glory is all about professional bull riding. Castaway Paradise is a sandbox simulator similar to Harvest Moon. Forsaken Remastered is an updated version of the 1998 first-person shooter of the same name. Maximum Football 2018 is, you guessed it, a football simulation game. The Sims 4: Cats and Dogs bring your feline and canine friends into The Sims 4. Vigor is a survival game with battle royale elements. #Wargames seems reminiscent to cinematic type games such as Late Shift. Next, we have The Z-Axis: Continuum, which is a 2D puzzle platformer inspired by Portal. One More Dungeon is a roguelike first-person shooter, and lastly today, we have State of Anarchy: Master of Mayhem, a hilarious shooter.

The official game of the PBR (Professional bull riders Organization), 8 to Glory is a game all about professional bull riding. Prove your worth and challenge your skills across three modes and some of the meanest bulls  Unlock new riders and bulls as you progress through the championship to become the baddest bull rider. Challenge against your friends head-to-head where one of you plays the rider, and the other plays the bull. That’s no bull-oney. 8 to Glory is available now on Xbox One for $29.99.

Welcome to Castaway Paradise a game that lets you do whatever you’d like. Consider this sandbox simulation game you own home away from home, your virtual vacation, or even your own island escape. Decorate the island however you choose, dress up characters however you’d like, collect, grow, harvest and even mingle with the locals. It’s all up to you. Castaway Paradise is available now on Xbox One for $12.99.

Forsaken is back, in all it’s sci-fi cyberpunk first-person glory. Forsaken Remastered makes its return 20 years later complete with both Single-Player and Multi-Player. Return to a condemned Earth, now left for anyone to salvage. Fight not only against mercenaries but the robots the government left behind. The game features 360 combat and comes complete with Xbox One X enhancements. Forsaken: Remastered is available now on Xbox One for $19.99. 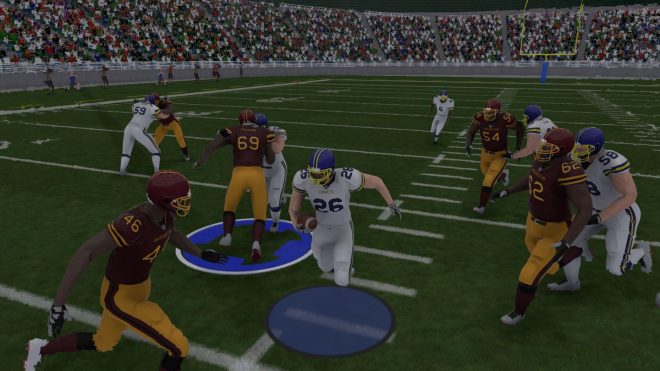 Maximum football, maximum game! Maximum Football 2018 is the go-to game for football sim. Including everything from American, Canadian, and College Football. Choose from multiple options in terms of rules, customization of your team and players, and game-weather that impacts the gameplay. Play the season and prove yourself worthy of gridiron glory. Maximum Football 2018 is available now on Xbox One for $16.99.

What’s new pussycat? The Sims 4 welcomes new pets to your Sims family. The Sims 4: Cats and Dogs is an expansion that adds your favorite breeds of dogs or cats into the original game. Create a variety of different animals, give them a good home, and a wonderful life. Even take care of them yourself as their own personal Veterinarian. Imagine, a household run by cats, it’s a cat-tastrophe! Maybe dogs run amuck? That sounds like the Shih-tzu!

Note: The Sims 4: Cats and Dogs is set to release today 7/31/2018. The game is currently still showing as as pre-order. We will update this article once the game has fully released. Until then, the game can be preordered for $39.99 ($35.99 with EA Access) here.

Previously announced at E3 2018. You begin as a nobody. A nameless outlander, but it’s not about who you are, but who you will become. Survival is all about taking risks. Fight, and you may be rewarded. Choose to run and hide, and you may live another day. The year is 1991. The war is over. While Europe remains decimated, Norway will be your battlegrounds. Welcome to Vigor. The game is available now on the Xbox One game preview program for $19.99.

It’s entirely up to you which direction both the characters and the story take in #Wargames, a game interactive story game that follows Kelly and her gang as they go from troublemakers to History Makers. Take on the media, military, and everything in-between as they lead an international movement. The game is also compatible with the Xbox play anywhere program. #Wargames is available now on Xbox One for $4.99.

Get ready for a 2D puzzle platformer inspired by Portal. The game relies heavily on mixing things up. Use portal, physics, time and clones to get through 30 different mind-boggling and colorful levels. Learn why The Z-Axis has given a new meaning to the term “turn this party upside down” as you rotate floors into walls, Ceilings into walls, and dare we say it, walls into floors or ceilings! (Gasp!) The Z-Axis: Continuum is available now on Xbox One for $9.99.

What do you get when you take a first-person roguelike shooter like Tower of Guns, but you take out the guns and add swords, shields and spells. One more Dungeon. As an adventure seeker, work your way through dungeons, seek to destroy the obelisks that allow the forces of evil access to this world at the very end. Beautiful pixel-art graphics and procedurally generated levels. Draw your sword, hold out your wand, and be ready to fight. They shall not pass!

Note: One More Dungeon is slated to release 7/31/2018 at 7:00 PM according to the Microsoft store. We will update this article once it’s released. Until then, the game can be preordered for $6.79 here.

Get ready for State of Anarchy: Master of Mayhem, a run-and-gun shooter guaranteed to turn any frown upside down. You are your average everyday citizen, living in your small town. Well, you were, until the day you walked outside your house to discover rioters ravaging the streets and aliens terrorizing the skies. Time to fight. Run, shoot everything and anything, don’t you dare think about standing still! The game comes with Xbox One X enhancements. 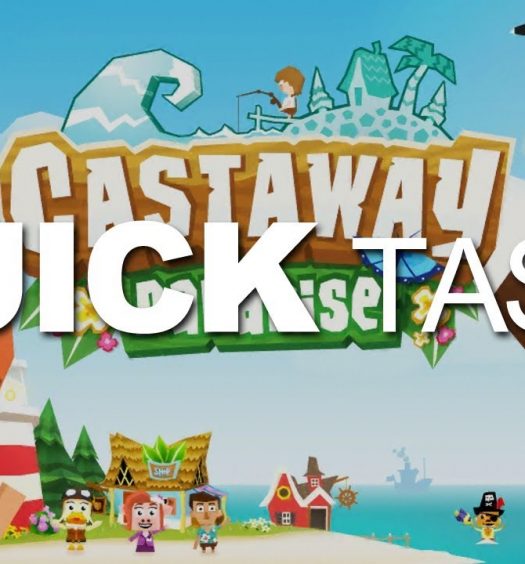 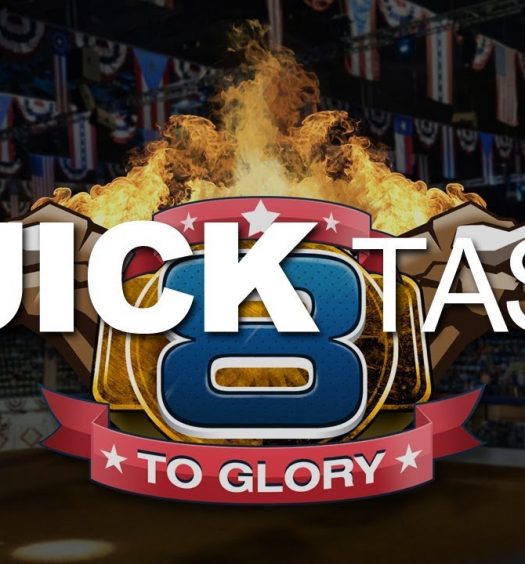 8 to Glory Xbox One Quick Taste