Hans Tannhauser has won the lottery. He gets to visit Trüberbrook! Not much of a lottery prize, but it still feels lucky considering he never actually tried for it. That’s where the mystery begins. Showing up to a random town for what he believes is a vacation, you help him along by clicking on things and solving puzzles. The story was actually inspired by Twin Peaks and X-Files, so you know there will be strange things happening. Time to enjoy your vacation in paradise!

Controls — Point and click based games can sometimes feel like a disaster with a controller. Luckily, there is a good use of what I consider an interaction panel. It allows you to see what you can interact with based on the options being lit up. You can also hold a button to mark what’s available for interaction. This saves you the hassle of sweeping your cursor around the screen trying to find everything possible. It has a few similarities with the Monkey Island franchise. It was easy to get used to and I never ran into any issues.

Game Length — I don’t always want to play something I get lost in for days or weeks. Sometimes I want to sit down and complete something in one sitting. If you know what you’re doing, you can complete this in around four hours or less. What could take some time is exploring a lot or becoming stuck on a certain puzzle. It’s all up to you (or Google) that determines how much time you’ll spend finishing it.

Clever Puzzles— Most of the puzzles are practical and make sense when completing them. There are a few tough ones, but overall you can complete them without becoming stuck. Items are the heart of unraveling the mystery. Sometimes you don’t need just one item, but a mix of several. One example is stopping a table from being wobbly. You need to find two coasters. One is on a table and you can find it easily or overlook it because it blends in well with the room. Then to get another you must talk to the hotel clerk until you have an option to have a beer, which will get you your second coaster. Now you can talk to the man sitting by the table. Eureka!

Handmade Scenery — No joke, they have mini sets they made by hand and then had them digitized. The result was beautiful. They even reworked them for different times of the day. It’s interesting enough to have made me wish there was some kind of special feature I could watch to see the progress of the building. It reminds me of older movies that started using miniature sets to pull off scenes they otherwise couldn’t have done. Seems like it would take a lot of time, but it paid off in the end!

Blocking My Path— While the controls are fine, it’s actually certain objects that stop you in your tracks. They aren’t always obviously in your way, sometimes you’ll just stop walking. In one chapter you’ll have a crowd of people in the town and there are a bunch of objects that are a pain to walk around. The worst example is actually going down a certain flight of stairs (you’ll know it when you get here); it twists around and you often just get stuck on the geometry. About halfway down it’s a downright design flaw. You have to fight to proceed, moving your analogue stick around like it owes you money. I’d rather just have an elevator.

Weak Story — Even though I love the setting, the way the story unfolds is sloppy and rushed at certain points. When you meet new characters, they often have too much to talk about and you become bored reading through all of the dialogue. I found myself speeding through most of it, only reading what I thought might have relevance to advancing a puzzle. It’s a story that doesn’t grow on you but acts in reverse. I liked it more as a mystery adventure, but it suddenly takes a turn into dimensions and I really didn’t understand the whole point in why certain people were doing the things they did. There seemed to be quite a bit of missed potential. I also wish there was more town to discover. You’re only able to go inside the hotel, but there are other buildings that look interesting that you’re locked out of. Being a mystery thriller, I never actually felt like I was solving for the actual storyline. You never get an “aha” moment. You’re just fed the plot twists and at times, they feel completely random.

I had a lot of fun with a genre I actually don’t normally care for. That’s why I think so highly of the game length. It all depends on how fast you can solve the puzzles. It’s not too hard nor too easy. It had just the right amount of difficulty. The voice acting was done quite well too, and I admire the goofy lines. I played it almost a complete second time and I was still having a good time even though I knew all of the solutions. The story could really have used some tweaks but it didn’t ruin it. I wasn’t blown away but that’s not always a requirement for me to enjoy something that was made extremely well.

Trüberbrook was published by Headup GmbH and developed by btf GmbH on Xbox One. It was released on April 17, 2019, for $29.99. A copy was provided for review purposes. 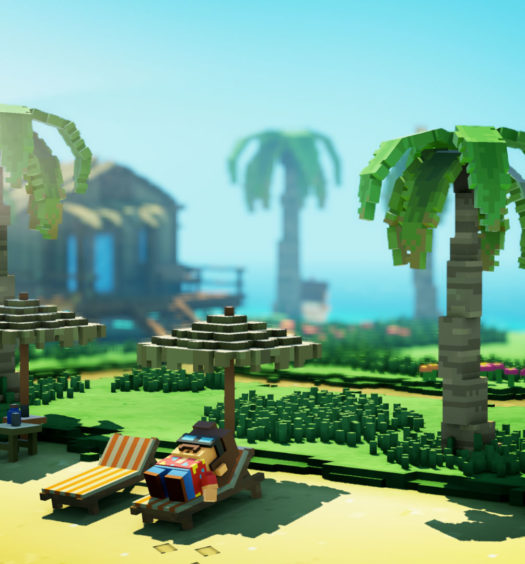 The Touryst Review: A Vacation To Remember

Read More
The Touryst Review: A Vacation To Remember
Top