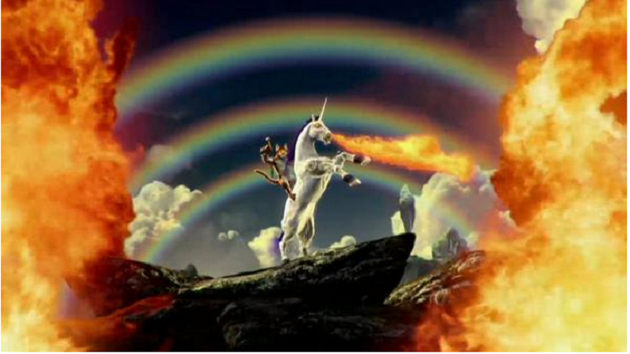 Coming to Xbox One July 14, Awesome Level Max is described as the “biggest DLC pack yet” for RedLynx’s racing game. Included in the pack will be the Awesome Adventure, featuring the aforementioned unicorn-riding cat, and RedLynx vs. All-Stars, which contains 22 new tracks. Half of the new tracks have been created by RedLynx, and the others are user-created.

Awesome Level Max comes with a total of 30 new tracks, 30 challenges, five garage items and 130 Editor items. You can see its announcement trailer at the end of this story.

While the DLC pack is targeted toward existing Trials Fusion players, an Awesome Max Edition that includes the base game, all six Season Pass DLC packs and, naturally, the new DLC will be made available for new players.