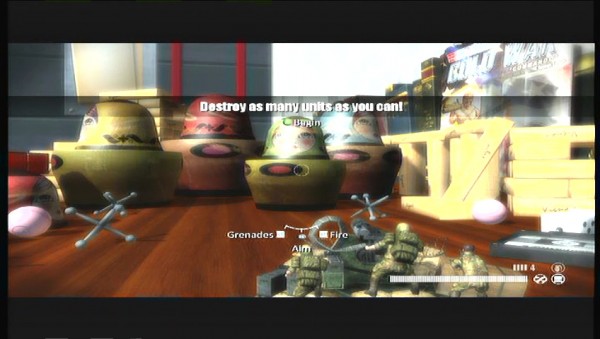 Dolled Up – Clear waves of soldiers as they make their way around dolls and across the floor.

For starters: There are four dolls on top of which soldiers will run and two floor entrances. The dolls from left to right are yellow, red, green and blue and will be referred to as such. One floor entrance is between behind the dolls, and one is on the far right side of the table behind the red doll top. Every wave is the same, so memorization is the key to victory here.

Eliminating entire waves as quick as possible is the name of the game here. Your grenades will be key in that effort, but the reloading process takes time so it’s important not to be reloading during that 5th wave when there are soldiers everywhere. Taking out the first wave with entirely grenades is great as it gives you a perfect setup to mow down the second wave with the gun, and then use grenades on the 3rd and 4th wave so that by the start of the 5th wave (you’ll know because four flares will go off behind the dolls) you’ll be ready to thin the heard. Once your grenades have reloaded, switch to the floor and destroy every soldier there. That 5th wave is really key, hitting each of the back dolls once with a grenade should get you the wave clear bonus (there aren’t that many to hit, certainly not enough to use the gun on), achieving those bonuses are what will boost your score as well as chaining them together. 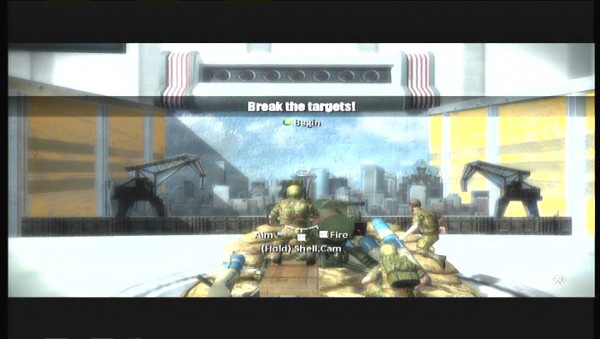 For starters: The game doesn’t tell you what thrill ride is for the minigame, but this is essentially “thrill ride theater”. See target, fire rocket, hold left analog stick forward to ensure maximum speed. For instance, the explosion pop-up is worth 1000 base points and 5000 thrill ride points. As each level of pop-up starts showing up, graduate to that.

The key here is to get maximum points from thrill ride bonus. Like Dolled Up, everything happens in the same order every time. The first explosion is near the left crane, the second near the right crane, and the third back on the left. After hitting that explosion move to the jets. The jets go from the far left and arc about 3/4 of the screen to the right, gradually starting closer to the right after each jet. Once you hit that last jet, graduate to the missiles. To ensure a high score hitting every missile is necessary, even if it means missing that fifth jet. Some aiming can be done after firing and before going into thrill ride, but once the throttle is down it’ll be difficult to steer much so adjust before going to max speed. To really skyrocket the score, hit explosions between jets as you start to memorize the order they pop up in. Any extra time will be wasted after that last missile as there’s nothing left by then (about 6 seconds left), so taking out a jet or explosion even if without full thrill ride is worth it as long as you don’t miss the missiles. 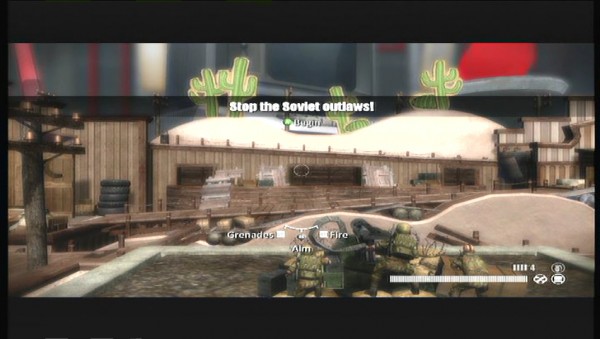 High Noon – Take down incoming enemies as they poor over the salon; enemies graduate over time but so do your weapons

For starters: High Noon is essentially a bigger, badder, longer version of Dolled up and the same strategies apply. Memorize the locations of each enemy and get wave bonuses to score high. On top of that, every weapon here is unlimited ammo, but remember the reticle moves much slower when firing, so don’t fire unless you’re aiming at something.

As stated before, tackle this much like Dolled Up. That means wiping the floor with the cowboys by placing grenades well, use ’em on the first couple waves so they’ll reload before the gun disappears, having wasted grenades is no fun. Once round 2 starts those ATVs are going to be flying at you, and you won’t have time to get the first ones if the reticule’s not there already (might even be able to take out some with the machine gun from Round 1) so be ready. The rest of the round is simple, just get all the ATVs the moment you can or they’ll get away. The Helicopter round, round 3, is definitely the most difficult. These guys start flying in early, so again any pre-aiming time will help. Wave bonuses for the ‘copters are strange, they’re all flying in big groups but they’re split into pairs of two; each pair (one in front one in back) is a wave, keep that in mind or the wave bonuses train will end at round 3. 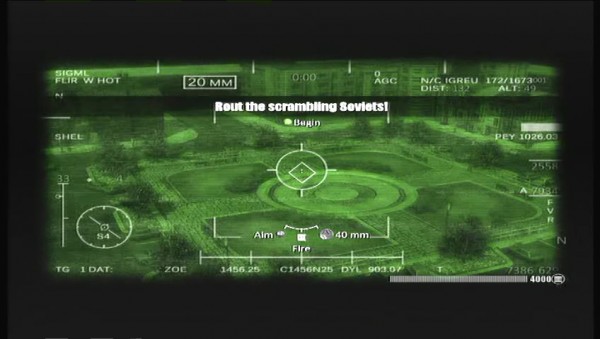 CAS Roundup – Pilot an AC130 and mow down a variety of enemies. The AC130 has many different weapons, so use them wisely.

For Starters: Unlike the first three, there’s way too much going on in this minigame for memorization. We don’t recommend trying to analyze all this, instead, do what the gun does best: shoot. Everything has to be reloaded in this mode, including the machine gun-esque 20mm, so when you’re out, always switch to another weapon. 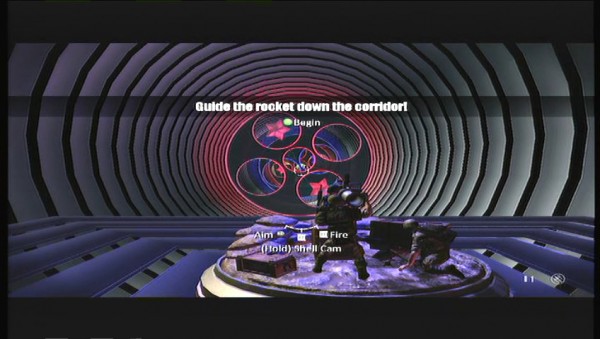 Thread the Needle – Using shell cam, pilot a rocket down an endless tube walls with holes of different shapes and sizes rotating at different speeds.

This mode is pretty self explanatory and really comes down to player skill. Pick up stars if possible, but don’t swing too wide or you won’t be able to see far enough down the tube to plan your moves. Don’t forget to use the left stick to modulate your speed, there’s no bonus for going faster, so use it only to make it through a wall you’re not going fast enough to pass. The closer the rocket stays to the middle, the more options the player has, so don’t stray too far from the path. 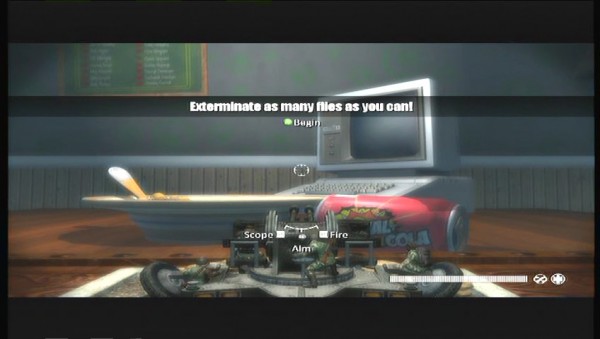 Flyswatter – Shoot down waves of flies as for points, golden flies explode killing all the flies around them.

For starters: Flyswatter is all about golden flies, there’s really nothing else to it. Each golden fly is a wave bonus, so getting every single one is a good idea. However, getting the golden flies randomly or as fast as possible won’t necessarily help your score. The key is to bunch them up.

The waves are pretty ridiculous, just as they are in CAS Roundup, either way here it’s less about memorization again. This time, the goal is to get the golden flies where they can do the most damage and when you can get the most in a row. Getting wave clear bonuses will be key here, so if you can line up a couple gold flies, do that first and foremost. Most of the groups will go to the middle of the screen at one point, but anything from the right or left side of the screen won’t be there for long before they pass out of reach, so be quick.

War of the Worlds Walkthrough – Chahi, Cuisset and Mechner