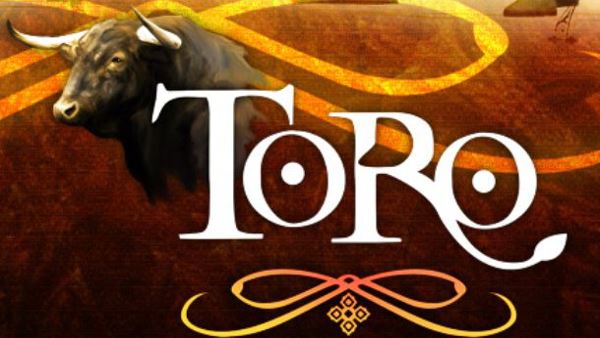 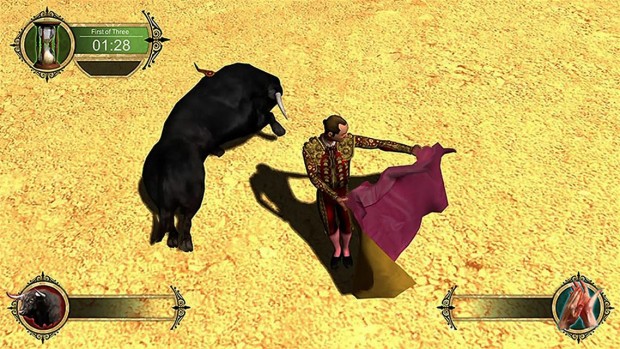 Nothing — Just to ensure we’re all on the same page here, Toro is probably the worst game I’ve played since at least the PlayStation days — and maybe since even further back. As a game, it has absolutely no redeeming features, no potential and no hope. If I had to dredge up one positive aspect (which is what I suppose I am doing here) I would say that for just one nano-second, I felt like I had learned something from Toro. That something was the three-stage approach to bullfights. I never knew that different-coloured capes were used to represent the early and late stages of the fight, respectively. I also never knew why in some footage the bulls are skewered with flags and in others they aren’t. Armed with this new education, I consider bullfighting to be even more barbaric than I previously thought it was. The takeaway from is that someone (or several people) at Recotechnology do know bullfighting in some detail and have tried to represent it in digital form, but my god, they didn’t do it justice by making a game as bad as Toro. 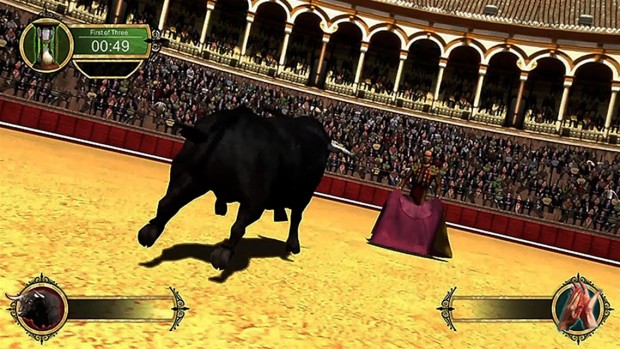 Red rag(doll) to a bull — Having covered a variety of “things I didn’t like” in the “things I did like” section, I’ll continue to break the mould by explaining how something that made me laugh out loud (mainly out of pity and astonishment) is actually one of the most dismal elements of the game. When gored, as the game somewhat over exuberantly terms it, by Identibull, our chosen or manually created matador bends slightly in one direction or another, then freezes instantly and keels over in a random, often different, direction in. I assume this means he’s dead. I have to assume this because the bull usually clips through him as though he were completely ethereal, but also because Recotechnology haven’t bothered to animate him standing back up. Instead, the game just restarts with the bull a safe distance away, and there is nary a scuff on the cape of our brave Matador.

Cowpat — Still reading? Good. Let’s talk about how Toro looks. There are screenshots all over this page, so I know you’ve seen them. Your brain has processed them, and you’re probably thinking that Toro is one of those exceptionally rare games that actually looks better in motion than it does in stills. Wrong. Toro looks like one of those Mega CD games that just played on its own with a few inputs from the player. I’m not sure I can say that about Toro. I mean, sure, one or two things do move around the screen and the bull and Matador have maybe one or two cute little movements like the bull shaking its head and trotting after a successful gore, but that’s about it.

Put a hoof in it — I could write all day about what’s wrong with Toro, but I am at least trying to be constructive. Let’s remind ourselves about the gameplay at its heart, so that you can at least make an informed decision. You can create a character; you can undertake a career mode, quick event, or one of two challenge modes; and you can ascend the ladder to bullfighting stardom throughout a number of ever larger arenas. Each event will consist of three stages, two quick time event sections and a ridiculously easy kill sequence. This is an incredibly repetitive game that is, unfortunately, never fun, never particularly exciting and not at all challenging. There isn’t much else to write about Toro. Despite the questionable subject matter, I don’t think this is a game that is capable of inciting controversy, because it is so pitiably bad that I can’t help but wonder how it was ever released at all. There is an underlying feeling that someone either in the design studio (or more likely, pulling the strings to pay the design studio) really wanted to make a good bullfighting game, but they either lacked the will, talent, ambition or understanding of how games work to make that dream a reality. I guess I’ll never know the answer, but I can safely and certainly say that there is no reason for anyone (even hardened fans of bullfighting) to buy a game this bad.