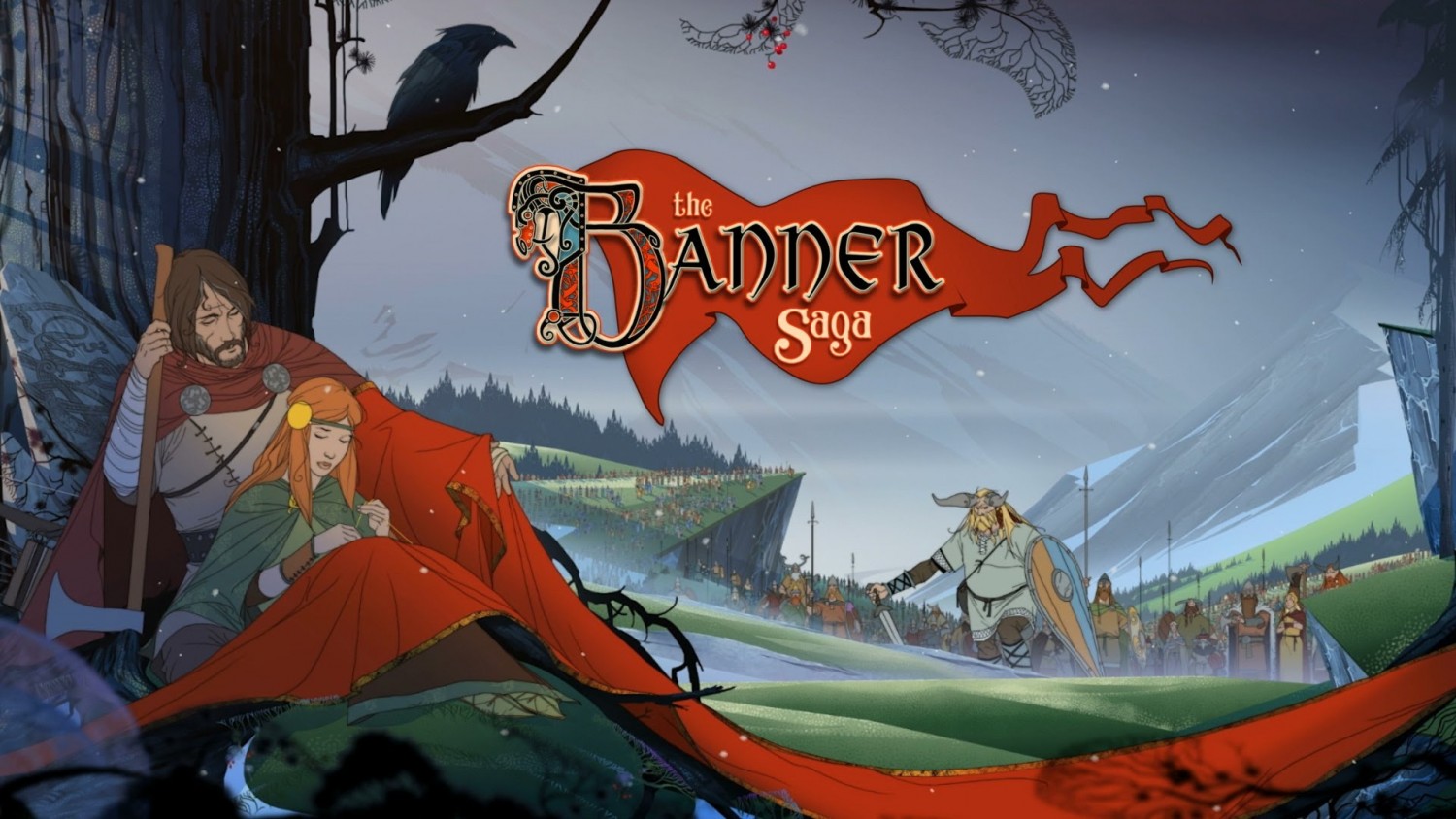 Two years ago Stoic released The Banner Saga on PC too much critical acclaim. Now, The Banner Saga seeks to bring its initial success to consoles. The game takes place in a Game of Thrones-esque world where humans and Varl — half-man half-beast warriors — must band together to fend off the creatures known as the Dredge. Featuring a decision and travel mechanic that is just as important as combat and a compelling story, The Banner Saga still delivers — minus a few control hiccups. 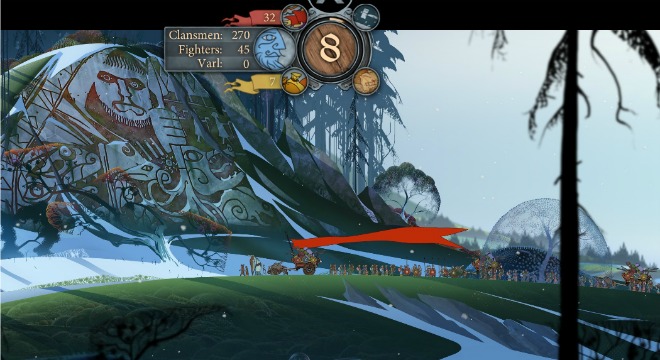 A woven tale – The story, literally woven into the banners you fly, is the right amount of inevitable occurrences and personal choice. The Gods have all mysteriously died, the sun has become preeminently fixated in the sky, and evil Dredge have began to purge the land. The Banner Saga does a masterful job of dealing with these crises simultaneously without losing focus on the greater story that is unfolding. Combining politics and gray area decisions, the story can deviate a little or a lot as you’re forced to make choices that will have consequences, even if they are not immediately apparent. It’s a slow burn at the beginning, but as your banner grows greater so does the story.

The scenery – The universe is set to a Viking theme with long grassy knolls, glistening rivers and lakes and the quiet destruction of war. The cut scenes are reduced to still images that give off subtle hints of emotions while changing to reflect the mood. The art seamlessly melds the aesthetic of a children’s book with the tone and structure of a mature novel, giving the world a sad beauty as everything crumbles around you.

Choices that matter – Branching stories through decision making gameplay has become popular of late, especially in episodic games, but it usually boils down to the good or bad option with a neutral point in between. The Banner Saga, however, puts you in the leadership role and constantly has you making the hard and realistic decisions of a leader. Instead of big moments where a game altering choice must be made, the campaign is filled with numerous small choices that collectively shape your adventure in big ways. Sometimes it is smart to follow your heart, while in other instances it’s wiser to look out for your own. Most times it’s unclear which situation you are currently in. For better or worse, every decision you make will come full circle as you hope for the best.

Waging War – The Banner Saga is an RPG through and though, even outside of combat, and the time spent on the battlefield is equally engaging. Battles play out like any tactical RPG. You have a chess board lay out where you must position the characters and move them in and out of range to attack. Unlike most tactical games you must first wear down an enemy’s defenses before you can effectively damage their health. This is also directly tied to how hard you can attack. The unique dynamic forces you to master the balance of attacking defenses and health to be successful. With a good deal of other mechanics that affect how war is fought there is a complex battle system below the surface of The Banner Saga.

Controls – Once you’re a little over an hour into The Banner Saga it’s clear that the game is a port from the PC. The controls are more cumbersome than bad, but it was a constant annoyance throughout. It never became unplayable, but selecting the right unit to attack or move could become a challenge, especially when characters are bunched closed together. Selecting through options, fighting and equipping items and attributes feels clunky, especially since the problem could have been easily rectified.

Down time – The loading and wait time between units in big battles are long. Unlike this paragraph explaining that, you spend a lot of time just waiting around for things to happen. 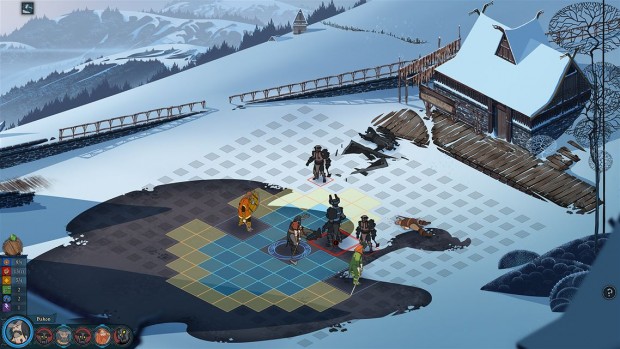 With The Banner Saga 2 in the works, now is the perfect time to revisit or play through the original for the first time. It’s an engaging universe that deserves to be experienced by anyone with an urge to make choices that matter as you fight countryman and monsters alike in a desperate struggle to protect your people from devastation.

The Banner Saga was developed by Stoic on Xbox One. It will be released on January 12, 2016 for $19.99. A copy was provided by Stoic for review purposes.

the banner saga Stoic Xbox One Versus Evil console 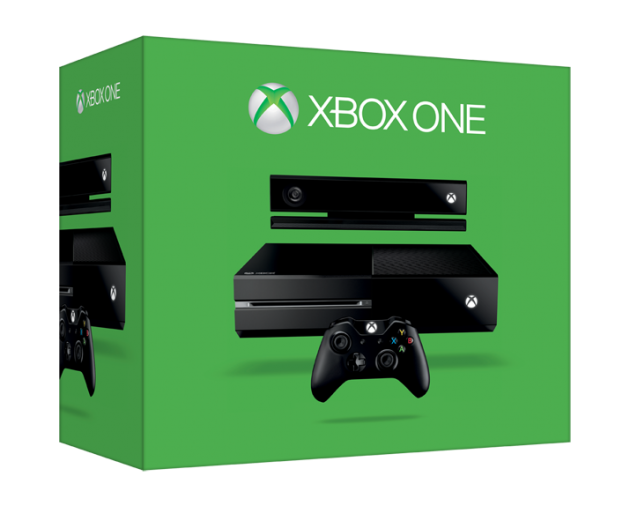 Xbox One developers get access to free dedicated server hosting through the... 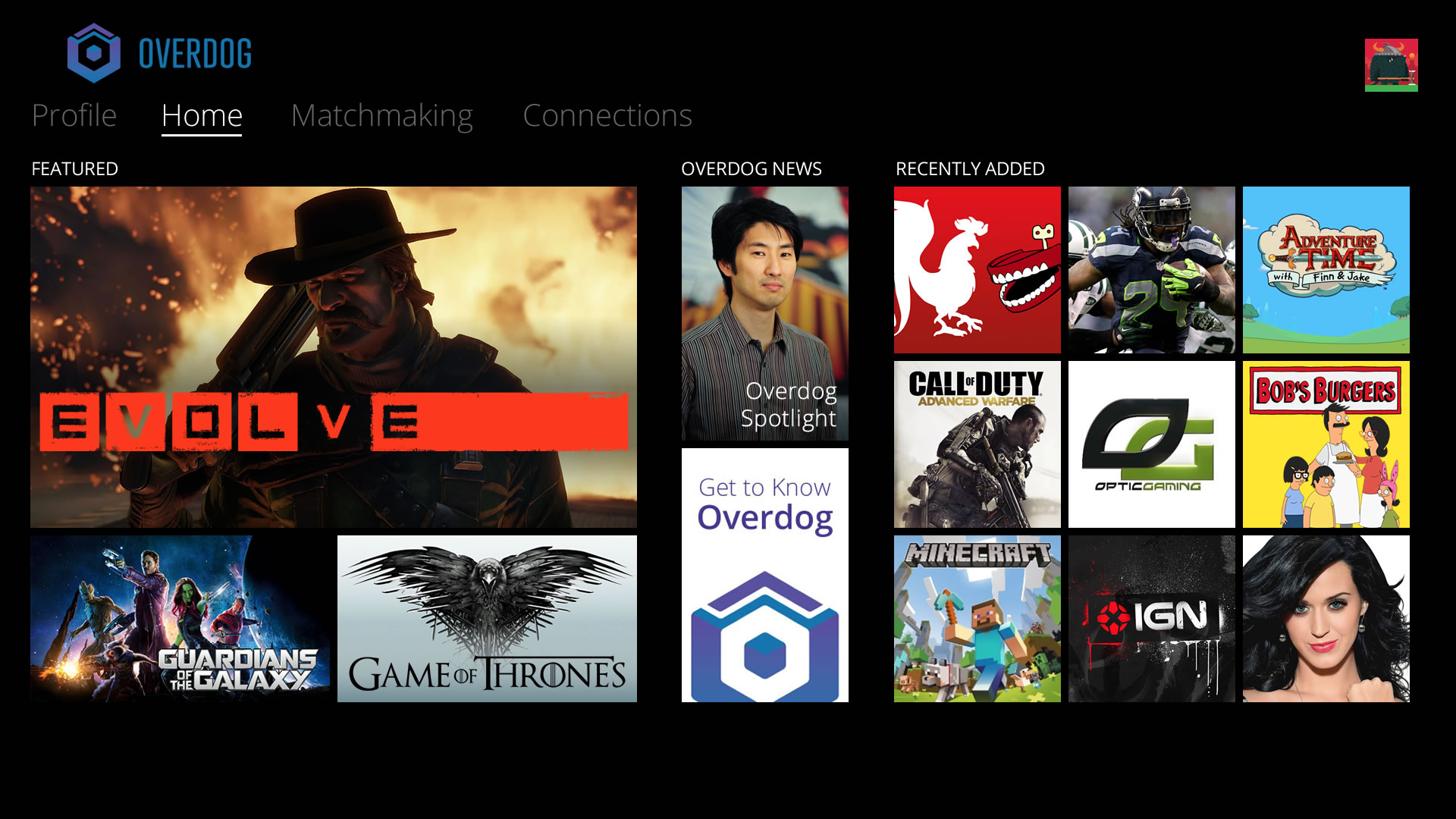