Vibrant presentation – The game opens with a playful image of the titular character in the logo. A few button presses walks you through some great comic-book style cut-scenes, then you’re off and platforming. Each part of the mansion has a specific feel with dozens of rooms and play types. One second, you’ll be in the dungeon, the next in the boiler room and it’ll feel and look different. It’s a beautiful game with great attention to detail in both graphics and atmosphere.

Upbeat music – When you start in the dungeon, the theme becomes so infectious that you’ll no doubt find yourself humming it. All of the themes offer a nice array of music that’s sure to play in the back of your head over and over again. But even better is the sound made when Shuggy jumps, it almost sounds straight out of Super Mario World.

Brain-buzzing gameplay – It may look like just a regular old platform but Shuggy isn’t just a jumping creature. You begin by simply collecting all the gems and learning your first power in rotating the world around you. But soon, the variety kicks up with different levels involving time-based switch puzzles, using creatures to unlock gems and dealing with multiple Shuggy’s. The action never stops and feels fresh the entire way through. 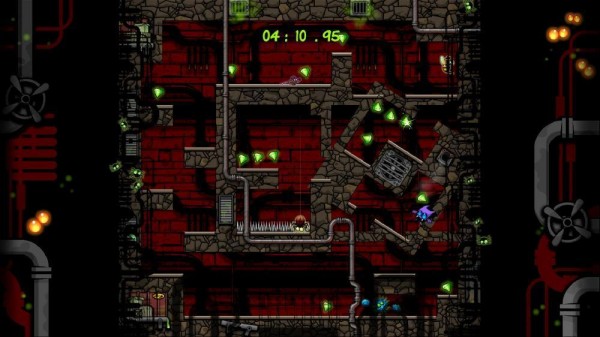 Not-all-so widescreen – Some of the bigger levels in the game do encompass the whole screen but a good percent of the time is in 4:3. People might clamor for their whole screen to be filled with Shuggy greatness but at times, the screen is cut to the scenery of what part of the mansion you’re in. It’s not a huge deal but will still leave you wanting the game to use the whole screen.

No voice-overs – As adorable as the cut-scenes are, wouldn’t it be great for some voice-overs to help fill more action? Shuggy looks like he’d have an adorable voice during conversations and narration in a spooky voice would have added to the atmosphere and setting. This is Smudged Cat Games’s first XBLA joint after some work on the Xbox Live Indie Games channel so hopefully some voice-over work is in the future for XBLA.

No run button – Holding down the X button should always make you go faster but not in Shuggy’s case. While the game encourages you to go as fast as you can in each level, there’s no real way to make Shuggy go faster like Mario or Meat Boy. Sure, it’s minor, but it would have been nice if Shuggy could get a running start on jumps. 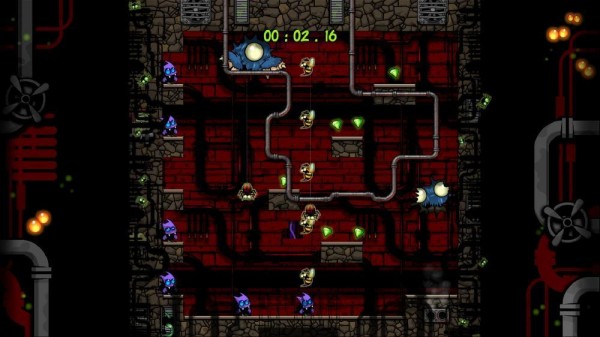 No matter what adjectives you want to attach to his name, Shuggy is accountable for making them all come true. He’s as Shugtastic as you believe he is, he wants to get down in all the Shuggly ways and for the sake of stretching out the joke further, he’s a definite Shug Knight. For all these hilarious entitlements this game is getting, they are all well-deserved and he should be in everyone’s virtual shelf on XBLA. Hope to see more from Smudged Cat Games because their next game could be even Shuggier than the last.