Thanks for joining us again for the weekly round up of the Deals with Gold. Please remember that all prices listed below require an Xbox Live Gold membership. Buying a …
END_OF_DOCUMENT_TOKEN_TO_BE_REPLACED 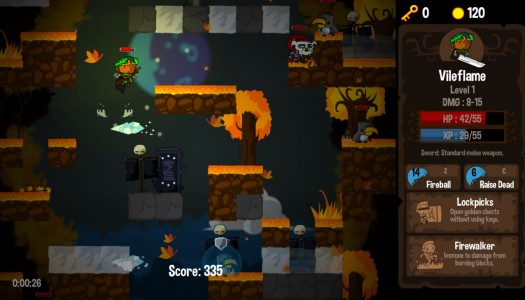 Just two new indie released this Friday, alongside a mega bundle deal of some old favorites. Vertical Drop Heroes dropped, so to speak, on to the Xbox One store today. …
END_OF_DOCUMENT_TOKEN_TO_BE_REPLACED

Or more formally, Curve Digital has announced in a press release: “So while we polish our Nintendo and Xbox versions of OlliOlli to the highest possible standard, we’ve …
END_OF_DOCUMENT_TOKEN_TO_BE_REPLACED

Are you a human who likes to go skateboarding? Then you’d be happy to hear that the rad dudes at Curve Digital have teamed up with equally-rad developer Roll7 to bring their gnarly skateboarding game OlliOlli to Xbox One. This 2D sidescroller will be the ultimate test of your skateboarding skills, having you rack up massive combos using over 120 tricks. It’s all about getting the high score, meaning a single kick-flip could be the difference between beating your friends and utter failure. Shred your way through 100 levels and prove your mettle by completing over 250 challenges. The game features four game modes including The Daily Grind, which has the entire world competing for the high score on a single course.

OlliOlli is coming to Xbox One early 2015. Check out the teaser trailer after the jump. We’re sorry about the asdfmovie reference and poor use of slang, it’s unavoidable when you write about a radical skateboarding game.