Haunt was developed by developed by NanaOn-Sha and Zoë Mode and was published by Microsoft Studios. It was released January 18, 2012 for 800 MSP. A copy of the game was provided for review purposes.

Haunt is the latest Kinect enabled game to hit XBLA, and with PaRappa the Rapper creator Masaya Matsuura at the reins we know we’re in for something a bit different. You play as a “kid” who wakes up in an old mansion when a mysterious painting calls you over. It turns out to be the mansion’s owner, Benjamin Muldoon who has been trapped there by ghosts. He asks you to explore the haunted mansion and collect “Phantaflaks” (regular orange soda just won’t cut it) that can be used to free him once and for all.

If you’re expecting something along the lines of Silent Hill then you’re going to be disappointed. The scares in Haunt are more on the campy Ghostbusters level. Playing like a cross between an old school point-and-click game and a Haunted House amusement ride, there’s about as much frights as there is rapping but that doesn’t stop us being thoroughly entertained.

END_OF_DOCUMENT_TOKEN_TO_BE_REPLACED 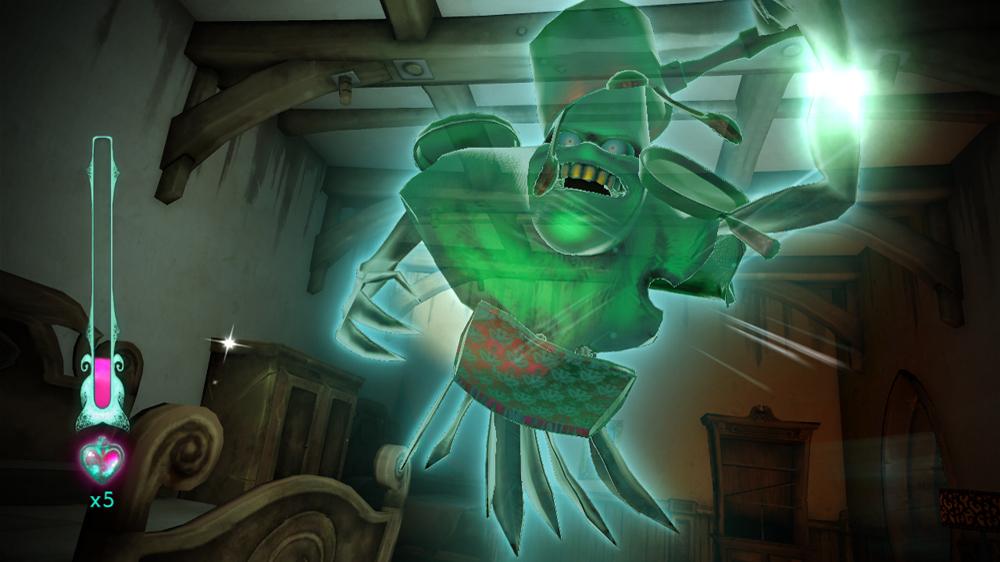 At this year’s Tokyo Game Show, Microsoft debuted a new trailer for Haunt, the Kinect enabled “haunted house” game from Nana-On-Sha, the folks behind PaRappa the Rapper. Originally announced …
END_OF_DOCUMENT_TOKEN_TO_BE_REPLACED