Syberia 2 was developed by Microids under Anuman Interactive and published by Bandai Namco on Xbox 360. It was released on May 13, 2015 for $9.99. XBLA Fans’ Michael Cheng purchased a copy out of pocket for review purposes.

Gone are the days where point and click adventures were the in-style games. Now it’s a genre that has been relegated to niche status. Benoit Sokoil’s Syberia series attempts to show the glory of the old days and the wonders of simple gameplay with puzzle elements telling engaging stories. Syberia and Syberia 2 were released during the PlayStation 2 and Xbox era well over 10 years ago and have since been brought back to XBLA recently to give the audience another chance to try these titles in preparation for Syberia 3‘s tentative release in 2015.

Syberia features a heroine named Kate Walker and the journey of her everyday life turned completely upside-down through her wild adventuress in search of the fabled land of Syberia. This sequel can be enjoyed without playing the first title, although it’s still highly recommended you do so to get to know the original Kate Walker and some of the characters she encounters in the progenitor. For those that want an interesting story with puzzles without action sequences, this series may be worth looking at. 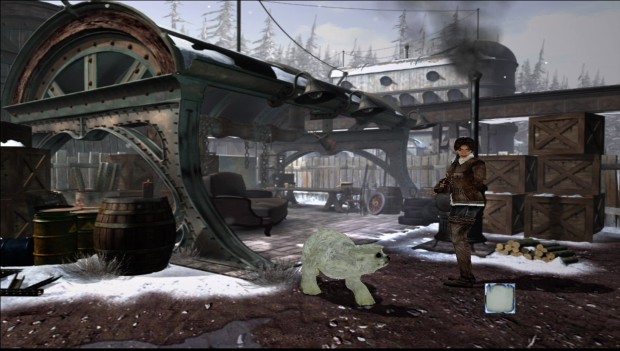 Art Style — Syberia uses an unusual style of static 2D backgrounds while the character navigates a 3D environment. At many points in the game, players can marvel at playable areas that look like they’re straight out of a photograph. For a game that is over 10 years old, most of the playable environment has held up well in an artistic manner.

NPC interactions — Dialogue can be described very easily: rigid and cheesy. It’s only natural for rigid dialogue when one of the main companions is an autonomous robot, but then you find out most other human NPCs do it too. Normally a situation like this would be offensive to the player and be a negative, but this is part of the unusual journey of Kate. I found myself rolling my eyes and laughing at the dialogue on multiple occasions, but I did not hate it.

Puzzles — The puzzles in Syberia 2 were better ironed out than its predecessor. While some situations are not easy to figure out right away, the puzzles in general felt very logical and solvable. It’s still going to cause some players grievances, but what is there to point and clicks without some moments to test your wit? 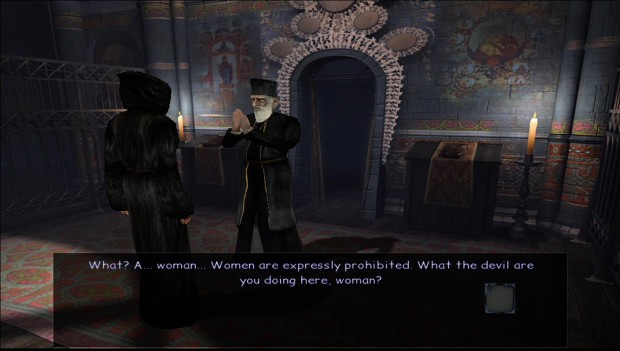 Character Models — The character models did not age as well as the backgrounds. Most characters come off appearing very rigid, robotic and blocky. Compared to the aesthetics, they are really out of place.

Minor environmental gripes — On more than one occasion, I got lost looking for an exit that I couldn’t see because foliage happened to conceal it very well. In other moments, it’s difficult to tell where openings to new areas begin since it blends into the foreground or background too well.

Low replay value — Sadly this is almost unavoidable for a point and click. Once you’ve played through it, there is very little incentive to play through it again. As a credit to the series, it may be something to be picked up and played randomly years down the line as a nostalgia trip. 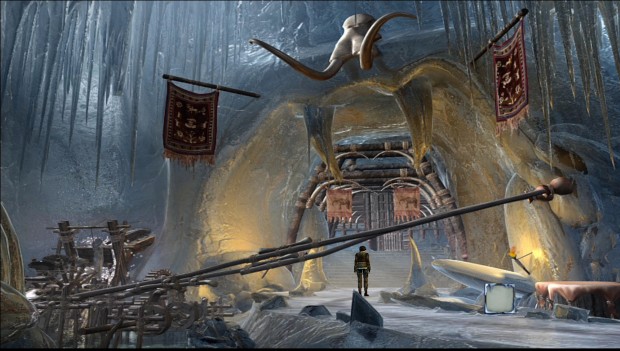 Syberia 2 is an amazing storytelling experience worth trying. I’m excited to see the progression of Kate Walker as a character and am happy to recommend this series to players. However, due to the nature of point and clicks having a lack of replay value or high-octane action sequences, it’s very difficult to flat out tell people to buy it on the spot. Instead, I will earnestly say if you like this genre, try Syberia 2.

Achievement notes: Many of this game’s Achievements are story-based progression, but a few of them will require the player to be actively alert. Old school requires the game to be completed in under six hours on no hint difficulty. Finding all game items and talking with every character will be the other major hurdle, but it’s not very difficult in the long run, and there are always internet guides.