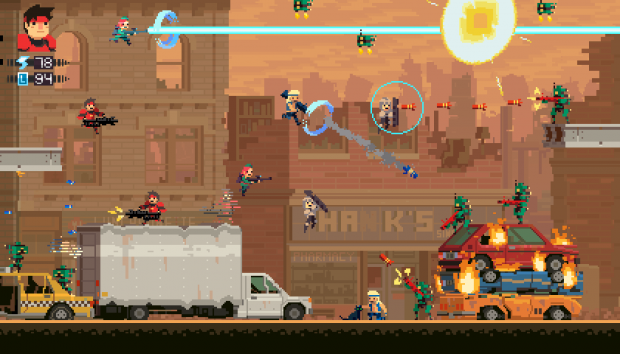 In a recent interview with Polygon, Capy president Nathan Vella said that Super Time Force is “definitely” coming this year, first, to Xbox Live Arcade. The game is currently “featured-locked” and one would expect, receiving its last coat of polish.

The side-scrolling retro-styled shooter was playable at PAX Prime in August, in what would be considered one of Capy’s last public demos before launch.