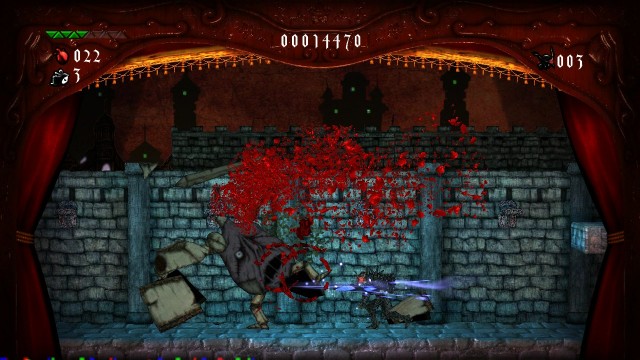 Opening night for Suda 51’s newest bloody adventure Black Knight Sword is next week, December 12 on Xbox Live Arcade. This theatrical hack-and-slasher comes from Grasshopper Manufacture and Digital Reality, the same star-crossed teams from Japan and Hungary that brought us Sine Mora earlier this year. We saw the game earlier this year at PAX East, where we noticed a striking similarity to a certain other over-dramatized villain. The reverent nods continue in the press release they sent earlier today: 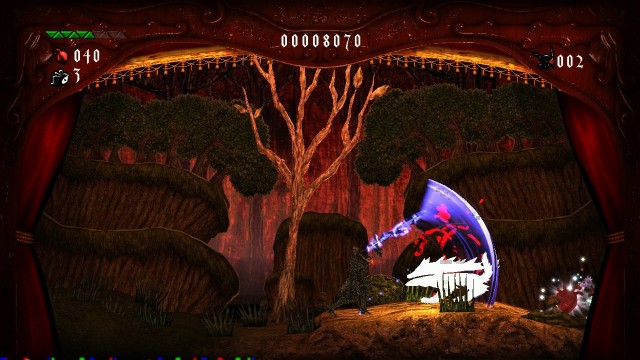 Black Knight Sword is a 2D adventure told like a paper puppet show on a miniature stage. Rather than large, open worlds to explore, this game will change the background frequently to progress its narrative. Special effects like a surge of water keep the action varied. You can also expect some Suda 51 twists here, such as a healing laser beam from a suspended eyeball. Other than these few details from our last preview, we don’t know much else about Black Knight Sword. We’ll tell you more about it when we review it next week.