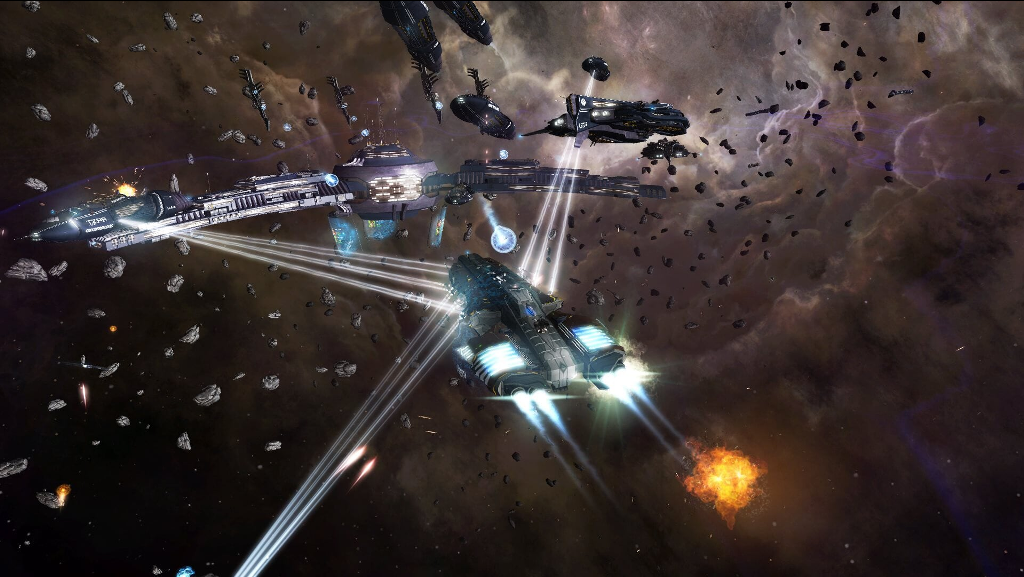 Ever since first playing Elite on the ZX Spectrum as a young boy, I’ve always had a soft spot for vast, daunting space adventures. Such games are rare on consoles, and it’s a testament to both the processing power of current-gen consoles and the singular vision of smaller development houses that in the space of less than a few months, two such titles have become available for the Xbox One.

Joining the critically acclaimed Elite: Dangerous in a pitched interstellar dogfight today is Starpoint Gemini 2. Where Elite delivers thrills through gaining mastery of its heavily complex simulation style, Gemini 2 provides a more straightforward experience that still delivers nine-tenths of the potential for fun. Gemini‘s scale is nowhere near as vast as Elite, but it does feature a game environment that feels much more intimate as a result of its contrasting approach. 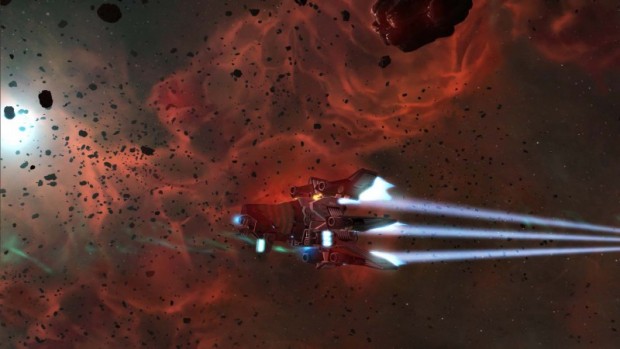 Choose your own destiny —  Like all great space adventure games, Starpoint Gemini 2 gives players complete freedom to do whatever they want within the boundaries of the titular Gemini system. The game features an enjoyable and fully voiced campaign mode blending story missions with randomly generated side quests, as well as a free roam focused on enabling complete flexibility. There are 12 planets in the Gemini system and countless space stations, mining colonies and other places to visit, so whilst the scale is nowhere near that of Elite, the game environment is, in practice, very large in its own right. Aside from the story missions and side quests, players can choose to align themselves to one of the game’s many political factions and act as enforcer, or they can simply become a pirate, bounty hunter, trader or miner. Personally, I enjoyed the game most by blending all of the above and aligning my modus operandi to that of a Han Solo-style hero who is always on the hunt for a big payday but is never willing to sacrifice his moral standards.

Quick on the uptake —  Gemini offers almost everything I like most about Elite, but without any of the price of entry. In Gemini, ship control is much more straightforward, and many elements of combat can be fully automated via the use of a couple fairly intuitive command wheels, which, conveniently, is also where the rest of the advanced commands live. Docking at stations, trading, ship outfitting and all of the other features players expect from this kind of game are similarly accessible within one or two clicks that are easy to remember. Within an hour of playing Starpoint Gemini 2, I had already advanced to level eight and immersed myself in the trade system, whilst in Elite, it can take that long just to leave the starting location.

Space pirate —  I think one of the reasons why I enjoy Starpoint Gemini 2 as much as I do is because it strikes the right balance between immersing the player in a convincing simulation of a fantasy life and remaining entertaining, which is crucial for any game. More than anything, Starpoint Gemini 2 reminds me of the original Sid Meier’s Pirates! And yes, I mean the 1987 original, not the dumb, half-baked Xbox remake. 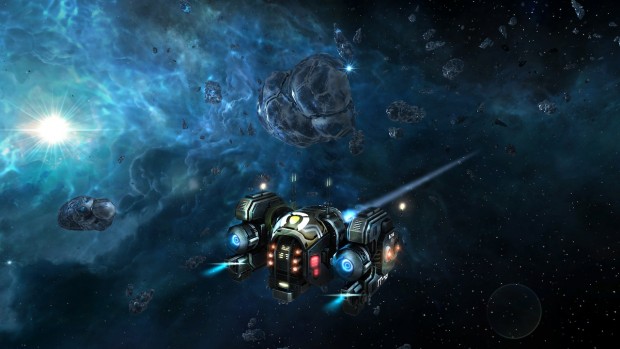 Space-ial effects —  A special mention must be made of Starpoint Gemini 2‘s sights and sounds. Granted, we all know that there is no sound in the dark void of space, but regardless of that fact, but Gemini 2‘s explosions and lasers are second to none, and the visuals as ships break up and explode whilst laser beams flicker in the background can be something to behold. Meanwhile, if you appreciate the kind of classical score that invokes thoughts of mystery, exploration and wonder, then you’ll also find a lot of pleasure in the music that accompanies the action here.

The grind —  Well, this is a space exploration game after all. In Starpoint Gemini 2, there are over 70 ships to buy and control, plus countless upgrades that can be added to them and the player-character. Each mission has an associated level, and earlier missions will obviously pay less than those that come later. As a result, progress is limited to a certain extent by the amount of money you can earn early on, and the missions come thick and fast, without much variety. For example, to progress from level two to level five — the suggested level for the next story mission — I think I performed about 10 missions which were all basic variants on “go here, do that” or “escort another ship from A to B.”

Missed opportunities —  A problem all great games suffer from — especially those with grand ambitions — is that you tend to find criticism that really isn’t fair. Starpoint Gemini 2 suffers from me (perhaps unreasonably) wanting it to have features that it doesn’t have. For example, you can capture enemy ships and either make them your own or sell them, but despite the fact that you can hire up to two mercenaries to accompany you, it’s not possible to hire or promote a crew member to pilot a captured ship as part of your fleet. This could have lead to all kinds of fun such as setting up much bigger battles or even allowing trade runs or missions to be performed as part of a syndicated organisation. There are a handful of other features that could have been included — a multplayer mode would have been very welcome — but that’s only because Starpoint Gemini 2 is a victim of its own success as it stands today. 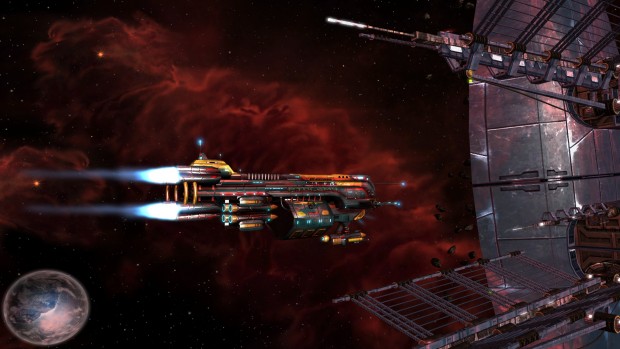 To say that I enjoyed Starpoint Gemini 2 would be an understatement, but for me to determine whether it is better or worse than Elite: Dangerous is a much more challenging question that is made much easier to answer by the scoring policy here at XBLA Fans. Could I wholeheartedly recommend Elite: Dangerous to everyone, without reservation? Well, no. Because it’s such a challenging game to pick up and play that it requires real dedication. Starpoint Gemini 2, however, demands very little from the player but provides a lot back: it’s deep, engaging, endearing, fun and has a great look and a wonderful soundtrack.

Starpoint Gemini 2 was developed by Little Green Men Games and published by Iceberg Interactive. It was released on December 11, 2015 for $34.99. A copy was provided for review purposes. Elite: Dangerous available now on Xbox One as part of the Game Preview Prog...

Read More
Elite: Dangerous available now on Xbox One as part of the Game Preview Program

Read More
Newsbits: Among the Sleep, Daydreamer and more hitting Xbox One this June
Top