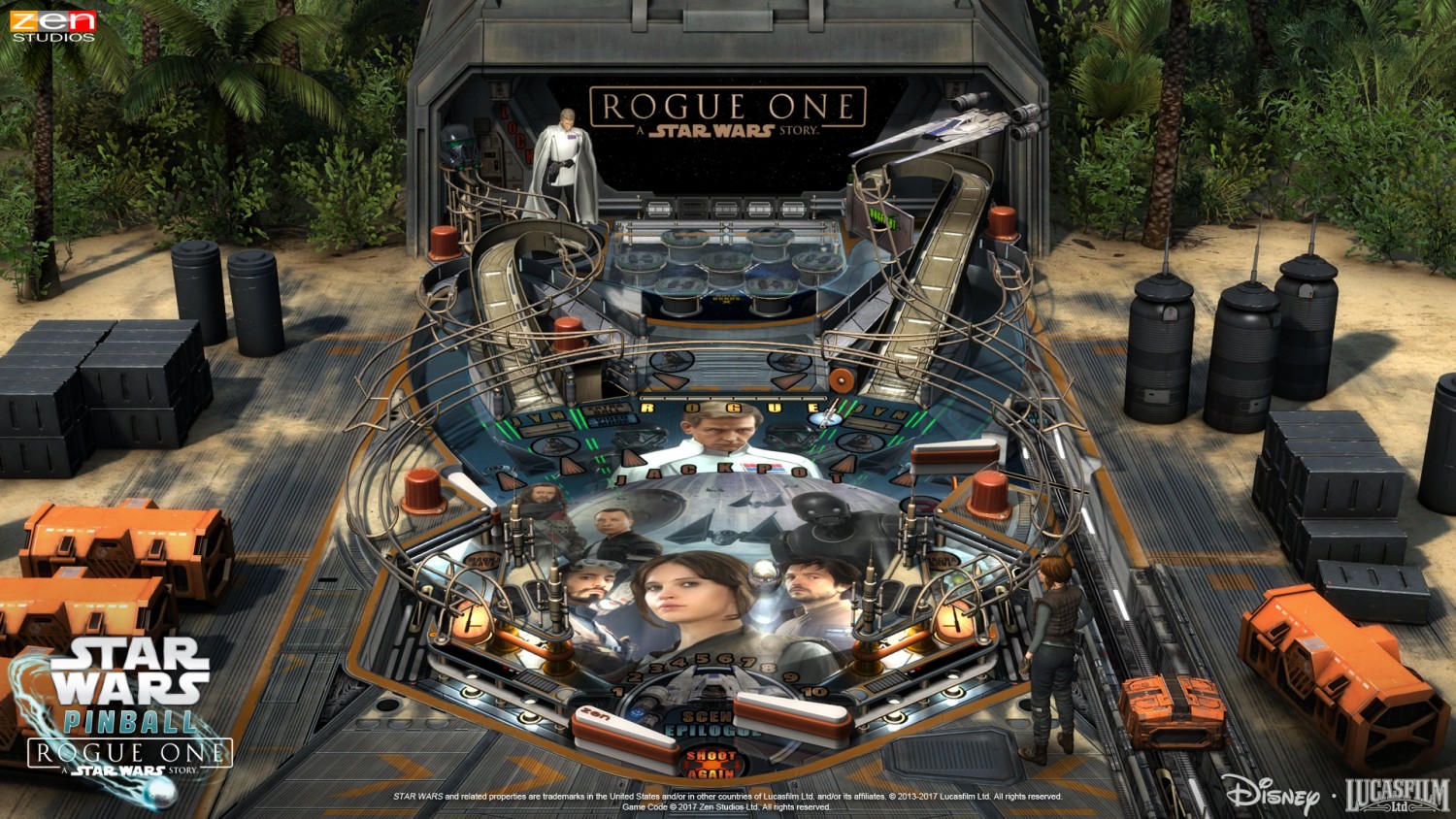 Pinball FX2 is taking players to a galaxy far, far away yet again. The next addition to the Star Wars Pinball family will be a brand new table based off the franchise’s newest film, Rogue One. Follow Jyn Erso and her rag-tag crew of rebels as they do whatever it takes to secure the Death Star plans. The table includes ten story-related game modes with a wide variety of goals, from stealth to combat to avoiding being stepped on by an AT-ACT. An intense multi-ball mode awaits anyone who’s ready to take on Director Krennic and his feared Death Troopers. Star Wars Pinball: Rogue One will be available on consoles January 31.