Klonk Games’ Shift Happens is a co-op platformer where players work together to solve puzzles as they move Bismo and Plom throughout their strange world. The story begins with a laboratory accident, where two blue blob and red blob creatures named Bismo and Plom are bound together by a mixing of fluids. By becoming the same entity, they now can morph sizes and use each other’s skills while large or small to complete puzzles and escape from the laboratory into the outside world. Fully complete with single player and local and online multiplayer, Shift Happens delivers fun gameplay with cool visuals to match. 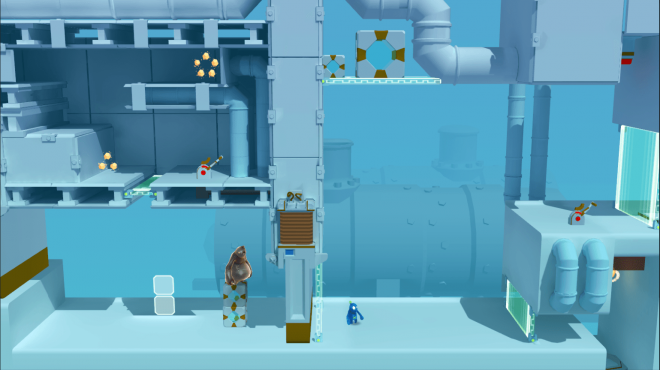 Level sophistication is perfect — Shift Happens provides thought-provoking level design, paired with the right amount of difficulty to make it simultaneously challenging and fun. You’ll move through a series of “stages” on each level where a puzzle will need to be solved before advancing to the next stage. The early stages in the Laboratory are quite simple, but as you progress through the game, the game gets far more expansive and new game mechanics like water, acid, trampolines, and other hazards keep the game interesting.

Single player is just as fun — While Shift Happens was created with co-op in mind as the primary game type, I found single player to be just as enjoyable. In single player, you control both Bismo and Plom and shift between them to solve the puzzles. Be sure to check out the multiplayer aspects of the game as well, though. Shift Happens is fully integrated with local and online co-op, so you’ll be able to find someone else to play with even if your trusty co-pilot isn’t around.

Pretty visuals — This game looks awesome on any screen. The graphics are really, really cool. I love the physics at work in Shift Happens, and the gameplay really delivers. The environments are totally awesome too, including the Laboratory, Forest, Canyon and Grotto. There are even cool little practice stages where you can learn the mechanics centered around the large morphed blob and how it interacts with the different stages. The loading screens give you some bits of information about the developer, which I thought was a nice touch. It really felt like Klonk Games put their heart and soul into making the best game they could. 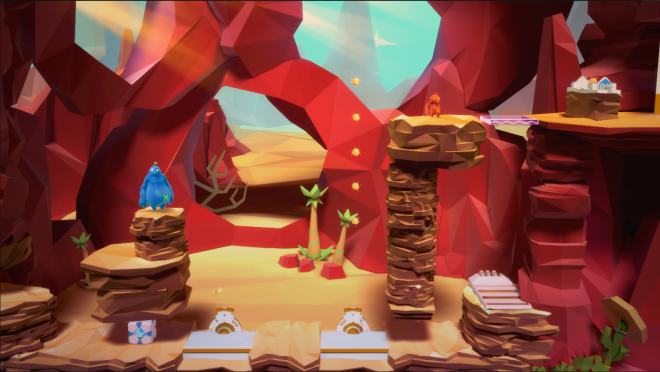 Short gaming sessions — As with many platformers, the lack of variety in the overall strategy of the game makes for shorter playing sessions. Shift Happens has plenty of differences in its level designs, but the theme of constant puzzle solving will have you burning out quicker than most other genres. After about five levels, you’ll most likely move onto another game or doing something else entirely. While this isn’t entirely Shift Happens’ fault, it is something that makes this game take a few days to complete, rather than a different type of game that has more multiplayer interaction or different game types.

Story is lacking — The one aspect I found to be truly lacking in Shift Happens was that of a real plot driven story. What do the most memorable platformers of all time have in common? A great story to match their characters and gameplay. Bismo and Plom are adorable red and blue blobs that are begging for a solid backstory beyond just your normal “escape from the lab” and then very little character development after that. The two blobs seem to be more like tools than characters, even though the whole premise in the introduction of the game was that Bismo and Plom were unique from all the other generic blobs. I think Shift Happens should have been given a more fleshed out the story. 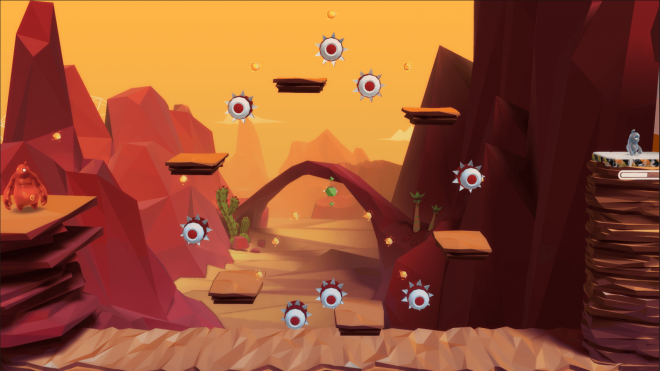 Whether you’re going it alone or have a friend to morph with, Shift Happens is great fun. The level designs are great, the environments are visually striking and fun to progress through, and Bismo and Plom are simply adorable blobs to interact with. While $14.99 may seem like a high price point for this platformer, Shift Happens is more than worth it. Take my word for it.

Shift Happens was developed by Klonk Games and published by Deck13. It was released for Xbox
One on February 21st, 2017 for $14.99. A copy was provided for review purposes. 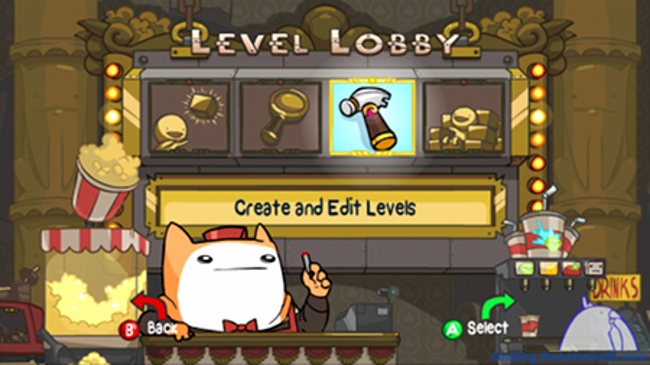